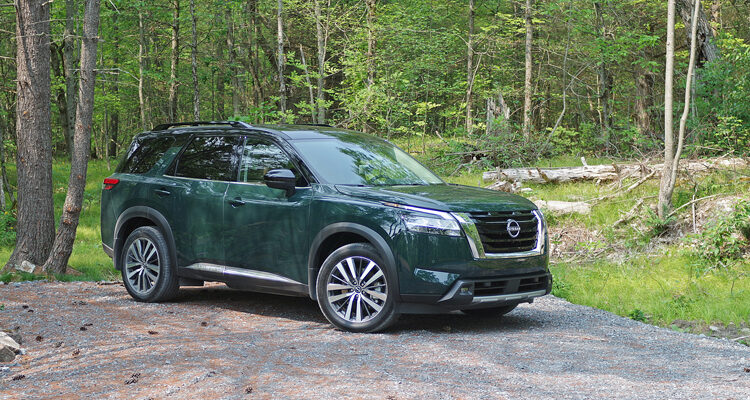 When the Nissan Pathfinder was first launched three-and-a-half decades ago customers loved the tough, boxy design and off-road performance. After trying a different formula for a few years, the automaker has returned to the well for the fifth-generation model by reintroducing qualities that made the SUV so popular in the first place.

“We really love the look of this new Pathfinder. The beautiful design, and there’s a lot of throwback heritage to the first gen. Everything from the three slots on the grille to the diagonal C pillar — and you see the blister fenders. It’s really going back to its roots,” says Scott Pak, Nissan Canada senior product planning manager, during a first drive event held in Kingston, Ontario last week.

“Ruggedness, flexibility and connectedness: these are the things that customers really wanted, and it’s where we focused our efforts in this new Pathfinder.”

The face of the vehicle boasts a much more robust interpretation of the V-motion front fascia styling, flanked by unique “U-shaped” standard LED headlights. ‘Round the other side, perhaps the most talked-about exterior design point is the spelling out of the model, in big bold lettering, across the squared-off tailgate and between the significantly slimmed-down tail lamps. 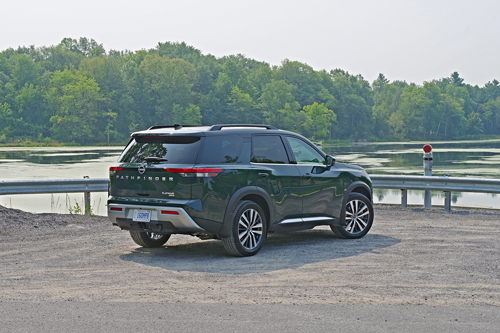 The upright truck-like stance, a nod to the initial 1987 offering, contributes to a seven-millimetre taller height than before. Width has also increased 15.2 millimetres but, surprisingly, the length is 21.7 millimetres shorter overall — something you wouldn’t have guessed since interior space doesn’t seem to be compromised. There’s still 470 litres of cargo capacity behind the third row, opening up to 1,274 litres when the rear bench is folded.

Total passenger capacity in the crossover is bumped up to eight, or seven if the optional captain’s chairs are installed. Ingress and egress into the back area is simplified thanks to the EZ-FLEX one-touch fold/slide seat technology. Upholstery selection includes woven cloth, leather or quilted semi-aniline leather as found on the top-of-the-line Platinum trim examples loaned to the journalists.

I’ve driven previous versions, however the newest is quieter and feels quite premium compared to previously for a number of reasons. Thicker sound deadening materials and glass mitigate unwanted road and engine noise; a large available panoramic moonroof and ambient lighting bathe the cabin in both a natural and artificial glow; and heated seats front and rear keep all occupants inside toasty.

The evolution in tech then and now is night-and-day. Our tester was packaged with the 12.3-inch fully digital dashboard (seven inch is standard) and a 10.8-inch head-up display (SL Premium and Platinum), Bose 13-speaker stereo, Apple CarPlay and Android Auto integration, wireless mobile device charging pad and Wi-Fi hot spot.

Safety equipment is too extensive to fully list, but among the features are Nissan’s excellent Around View Monitor birds-eye view camera, Nissan Safety Shield 360 driver assist suite, and ProPILOT Assist allowing semi-autonomous hands-on-the-wheel cruise control motoring. Trying it out on the highway, the system did a good job keeping the vehicle between the lines in a smooth and non-jerky manner.

Powering the SUV remains the tried-and-true 3.5-litre V6 producing 284 horsepower and 259 pound-feet of torque, mated to a fresh nine-speed automatic transmission. All Canadian Pathfinders come equipped with four-wheel-drive, which can be customized to the environment via a terrain seven-mode selector. The route pre-programmed into the Navi unit involved going up and down plenty of gravel surfaces so the Mud/Rut setting and hill control came in handy to ensure things were composed at all times.

Handling on pavement was equally pleasant, due to a combination of the crossover being lighter from the use of aluminum doors and more high-strength steel in construction; a revised dual-pinion electric power steering setup; and 20-millimetre wider tire contact patch. In addition, the updated suspension hardware yielded a greater level of ride comfort. 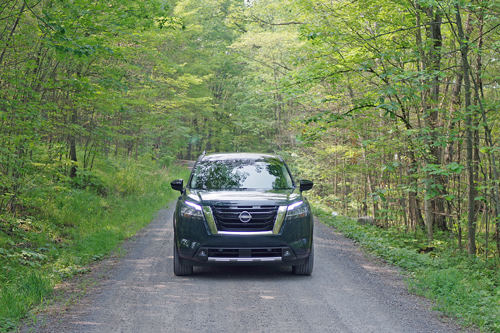 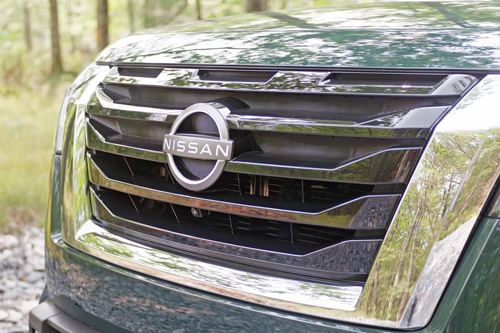 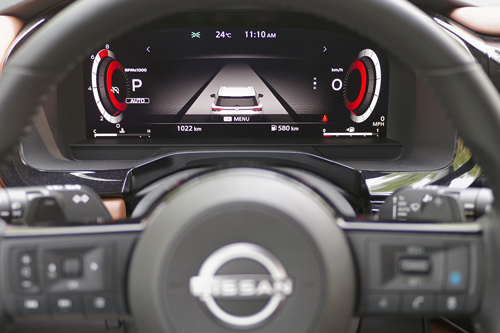 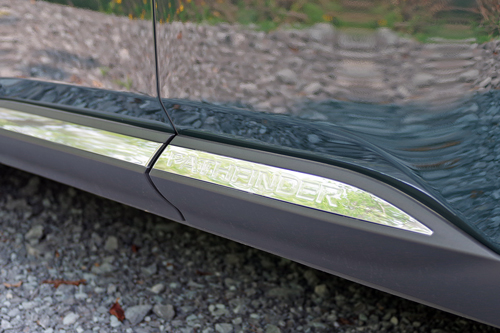 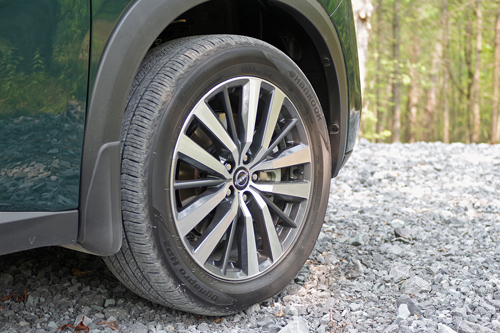 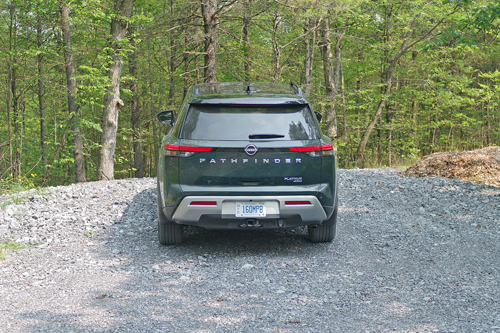 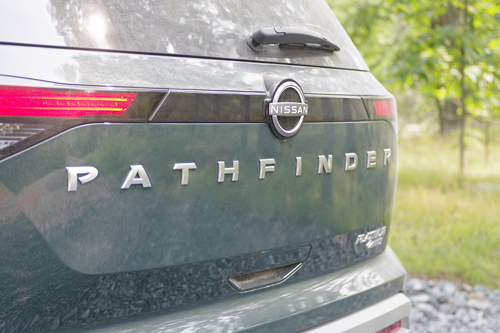 The 2022 Nissan Pathfinder is a fine return to form and with its versatile extra seating, advanced electronics and of course retro-modern looks represents a great choice for buyers cross-shopping the mid-size sport utility segment.