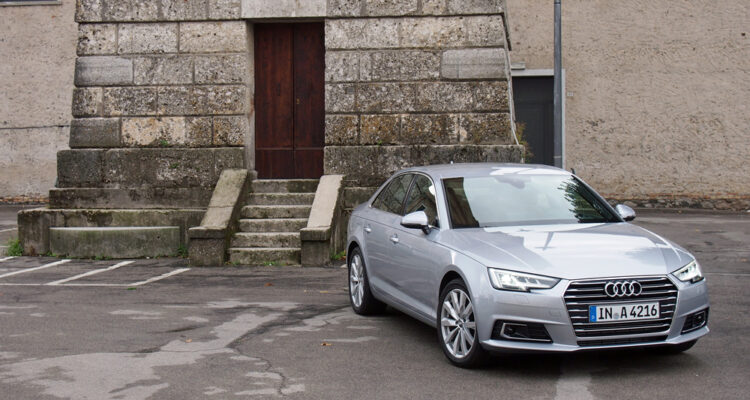 In the business of automotive journalism, I often find myself driving in exotic locales on roads that are both spectacular to look at and challenging to master. So I wasn’t surprised to receive an invitation to test drive the 2017 Audi A4 Sedan in Italy. Inspecting the invite with a little more scrutiny, I wondered how we could possibly take full advantage of the newest Audi sedan while driving in Venice, a city founded in 421 AD on the northern shores of Italy. Venice has no roads. This was going to be epic!

The Audi A4 Sedan is all-new for model year 2017. A total of seven different engine choices are available worldwide, some diesel and others gasoline. The first vehicles arriving here in Canada feature a gasoline powerplant. Additional models and engines choices are certain to follow over the next few years. 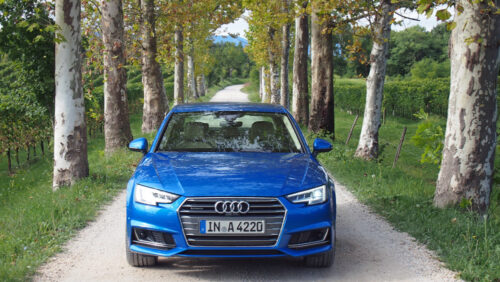 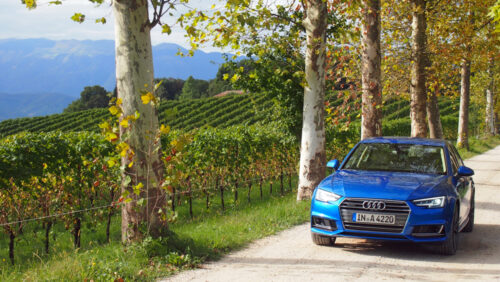 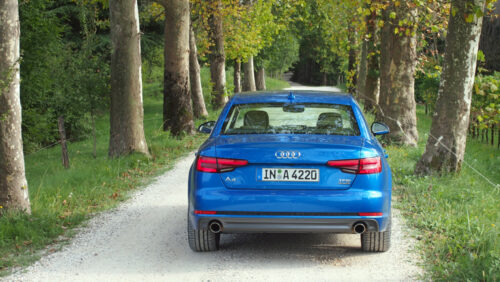 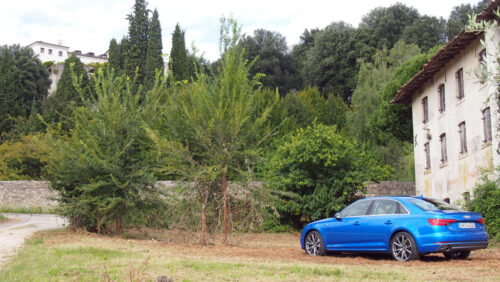 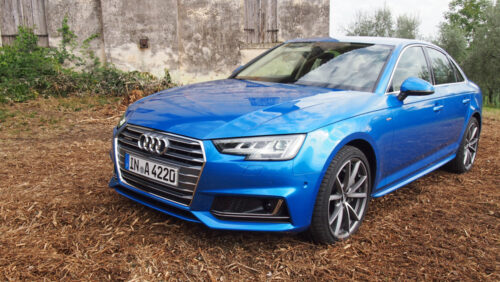 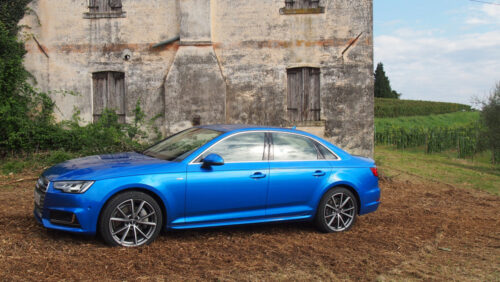 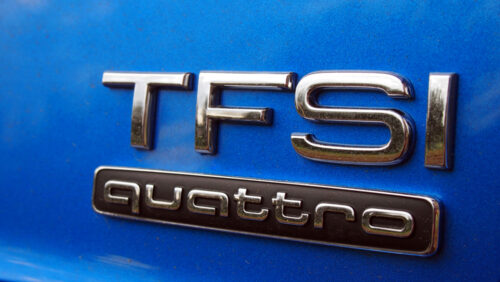 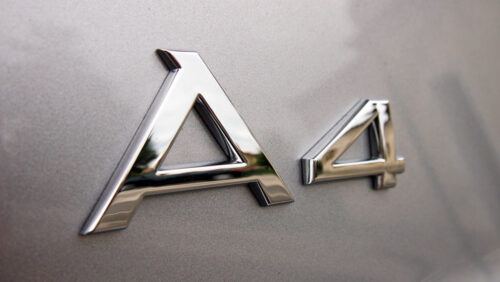 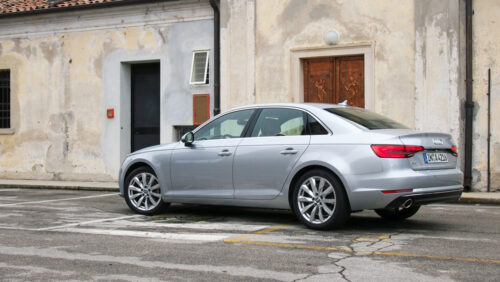 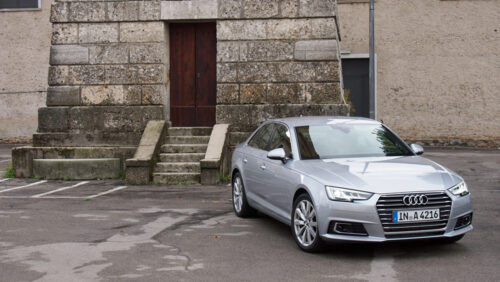 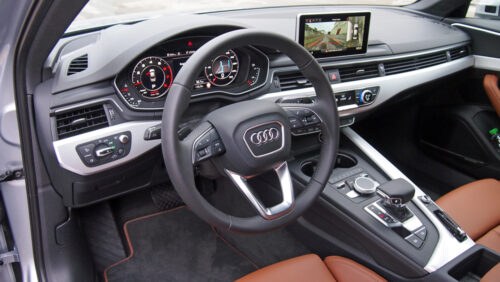 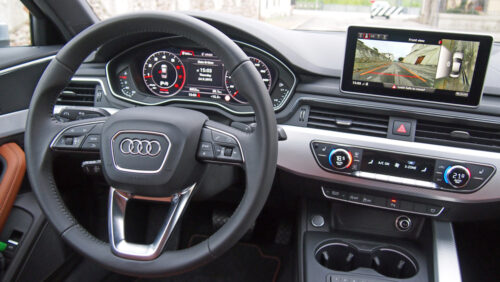 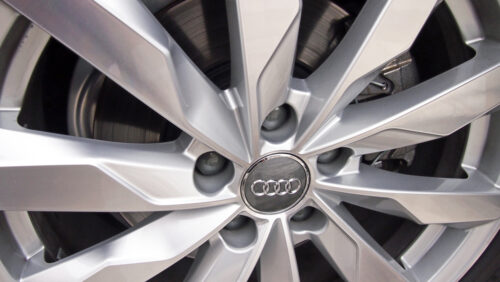 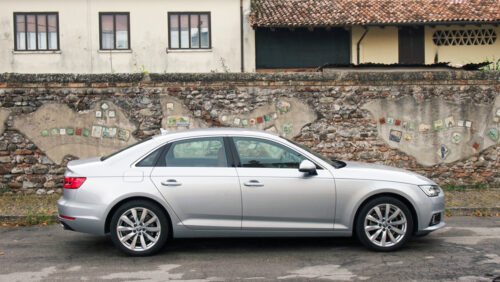 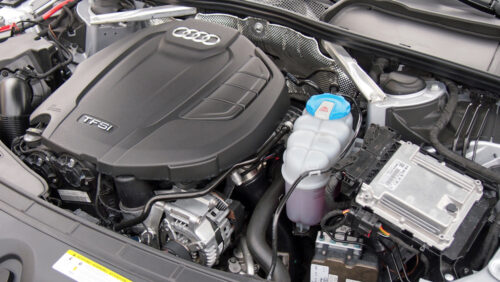 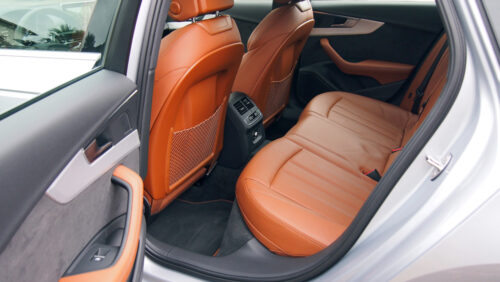 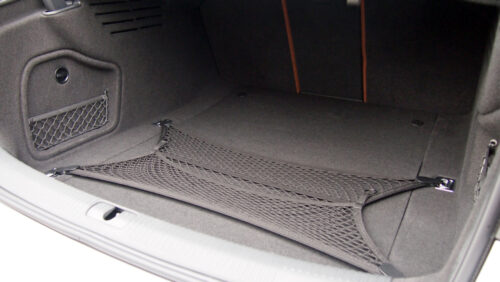 Matched to an S tronic transmission, this A4 quattro accelerates from 0-100 km/h in 6.0 seconds and reaches a top speed of 209 km/h. All this and it delivers a maximum drive past exterior noise level of just 71 decibels. Put another way, it will be possible to sneak home late at night after a moonlight drive with your significant other and not wake the neighbours.

Fuel economy is improved by 21% and power is up 25% according to Audi. Independent five-link front and rear suspension, plus Audi quattro-drive keeps the new A4 tracking straight and true with just a slight correction of the 4-spoke leather-wrapped steering wheel.

A full battery of high-tech features, such as electromechanical steering with speed-dependent power assistance, plus dual-circuit 4-wheel ABS brakes with EBD, traction control and electronic stability control, aid the overall driving performance, but Audi has been careful to keep the driver fully engaged in the experience at hand.

Exterior design changes reflect an evolution of the design rather than an outright revolution. The new Audi A4 Sedan boasts a 0.23 CD making it the most aerodynamically efficient vehicle in the segment, according to Audi.

Typical Audi design flare is featured on the sculpted hood, side body panels and rear deck lid. Several of the hard edges on the hood remind me of the current design theme at Lamborghini. Given the corporate bloodlines, I won’t complain if they decide to share more than just family DNA.

Inside, Audi claims the new A4 Sedan is just as quiet as the current generation Audi A8. Once again, it is hard to argue as we drive through the backroads of northern Italy, running from pavement to gravel roads at speed with nary a rattle or squeak to interrupt our contemplative test drive.

Headroom is improved by 24 mm and rear seat legroom gains an additional 23 mm. Audi states changes made to the inside of the vehicle makes this the longest interior in the segment. A large 480L trunk is flat and engineered to hold a substantial amount of luggage or day-to-day items.

The cockpit features a total of 30 different driver assistance programs. Surprisingly, it never overwhelms my driving experience, unlike several of its competitors from Japan. New “finger swipe” technology highlights the HVAC controls, requiring the smallest amount of finger pressure to adjust the temperature, fan speeds and more. Our test vehicle also features 3D sound and the new 12.3-inch instrument panel, allowing for maximum personalization. As you would expect, the interior has the typical Audi gorgeous factor down to a tee.

Driving in northern Italy is challenging as the roads wind and twist through the lower Dolomites with near reckless abandon. The 2017 Audi A4 Sedan quattro keeps up with each request, downshifting or upshifting with efficiency using the steering wheel mounted paddle-shifters. It feels connected, not floating, and the 4-cylinder turbo is up to the challenge at every turn. It appears Audi has hit the nail on the head with this midsize sedan in a highly competitive field.