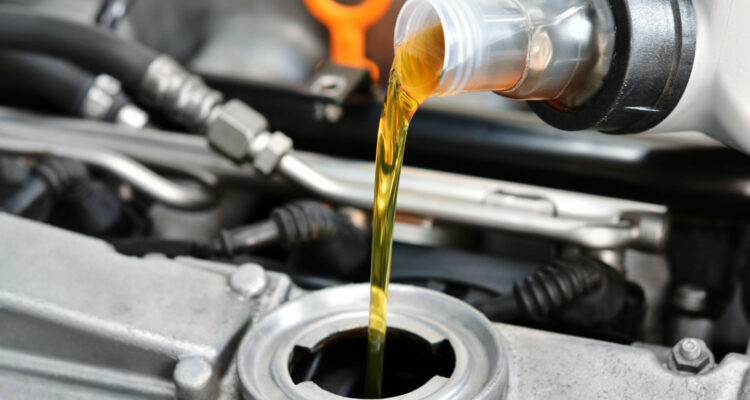 The selection of the correct engine oil can make the difference between long engine life and premature engine wear. But don’t fear. There are specialists working behind the scenes to ensure that the right oil for your vehicle is on the shelf waiting for your next oil change.

Two of the groups working behind the scenes on engine oil is the Joint Auto-Oil Advisory Panel (AOAP) and the ASTM Passenger Car Engine Oil Classification Panel (PCEOCP). Scott Lindholm, Chair of the AOAP and a Global Product Application Specialist with Shell, gave us a preview of the new engine oils coming to the marketplace in the next couple years and the state of current engine oils.

According to Lindholm, there have been seven improvements in oil quality since 1980 and it is easy to recognize the latest quality because the oil container will have the industry Starburst symbol on it – a round symbol with small teeth on the outside edge and American Petroleum Industry (API) printed in the symbol. The centre of the Starburst symbol will indicate if the oil is for Gasoline or Diesel engines and diesel oils have their own set of specifications. The current standard for gasoline engine oil quality is GF-5, released in 2011 and oil meeting this standard will be marked as API – SN. For consumers, this means the oil meets a strict set of industry specifications and it is suitable for all current gasoline powered vehicles and older vehicles too. That will change in the future as new standards and custom oils are developed.

Another industry symbol on oil is referred to as the “donut”. This symbol has the API standard around the body of the “donut” and the SAE (Society of Automotive Engineers) viscosity such as 5W-30 or 0W-20 in the centre. The first number refers to the oils ability to flow in cold weather, the W refers to Winter (oil designed for Winter use) and the last number refers to the oil viscosity when engine temperatures and oil are hot. The trend is to use lower viscosity oils (lower numbers) because they flow easier through the engine and reduce internal engine friction for more engine performance and better fuel economy. Many of the latest vehicles are designed to use 0W-20 viscosity oil.

So what is changing? A new quality standard GF-6 is in the works and will be ready for oil testing in about a year. This GF-6 standard will be split into two parts. The “A” part will have current oil viscosity for current and past vehicles and meets the demands of gasoline direct injection engines with turbocharging. The “B” part is for new low viscosity oils. The first to reach the market will be 0W-16 oil and will aid fuel economy while keeping durability. This oil will require specific engine design, including everything from seals, and surface coatings to the type of crosshatch used in the engine cylinders. It used to be that engine designers would build an engine and then put oil in it. This new oil is being developed in conjunction with the engine designers, as both the engine and the oil have to work together to meet the goals. Other viscosity’s in the works are 0W-12 and the future will see 0W-8 and even 0W-4 viscosity oils. These very low viscosity oils won’t be backwards compatible with older vehicles and are custom designed for specific engine designs.

One of the goals of the new GF-6 oil quality standard is to reduce low speed pre-ignition in engines. This random pre-ignition is not fully understood by automotive engineers and it can’t be predicted, but when it occurs it can cause severe engine damage due to excessive peak pressures in the combustion chambers. To prevent this from happening, current engines use richer fuel mixtures and retarded ignition and valve timing but this also reduces power and fuel economy. It is thought that low speed pre-ignition may be caused by a small oil droplet in the combustion chamber at the wrong time and ignited by a hot spot in the cylinder, or it may be caused by a fuel droplet from the direct injection igniting prematurely. Current engine oils labeled API-SN Plus help reduce low speed pre-ignition but the new GF-6 oils will be designed with preventing this as part of their goal.

Better fuel economy, better performance and longer engine life. These are what the oil and automotive groups are working on behind the scenes and engine oil plays a large part in this.