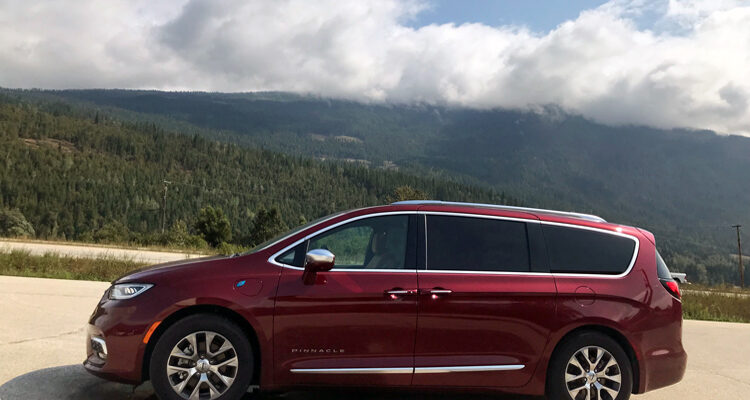 There’s no such thing as a white cloth anymore,” says the proprietor of the Malakwa Café in (naturally) Malakwa BC, a collection of buildings clinging to the Trans-Canada Highway, surrounded by smoky but gorgeous mountains in the southern interior.

She’s apologizing for what aren’t dirty tables outside, just ash-covered from the relentless downfall. She shows us the cloth. The smoke gets on your clothes but that ash gets in the lungs. “Everywhere here is on evacuation alert,” she adds.

Normally on a drive across Canada, you’d want to linger and take your time through the mountains. We’ve come from one end in Victoria BC to Canmore Alberta, almost the eastern edge, in two long driving days.

Should we have planned a more leisurely drive? The jury’s still out.

Awed by the beauty when we could see it, we were constantly nervous about the conditions; grateful and anxious. English needs a new word to describe that feeling.

I read this morning that the route we drove on the Trans-Canada between Revelstoke and Golden is Canada’s deadliest road, with 38 fatal crashes logged from 2004 to 2013. So that didn’t help on the anxiety angle.

But then there’s the beauty. When you think you’ve witnessed the best of it — say, when you’ve crossed the great divide and technically begin descending — the views become more impressive, jagged and new-word-needy.

Pinnacle is a great name for the trim of Chrysler Pacifica we’re driving.

Mind, we’ve been lucky on our drive through the many mountain ranges in the Western Cordillera. Highways have been closed but never ours, except behind us. Huge helicopters dangling heavy swinging cables regularly swoop in, then loom ominously overhead. Mangy mountains, obvious recent wildfire paths, still have their dead trees standing like an old man’s three-day stubble, coniferous but no longer evergreen.

But then, to quote Jeff Goldblum in Jurassic Park, “Life finds a way.” Look. Justine is transporting aloe and jade plants in the compartment within the Chrysler Pacifica’s centre console. It fits. Life is finding its way across the country.

Yesterday, a bonehead cut us off in a mountain passing lane, necessitating a sudden stop, the inertia from which caused the lid to shut and chop an arm off the aloe. We used it to treat our sunburns.

Speaking of Jurassic Park, today we drive to Drumheller Alberta, home of one the world’s finest dinosaur bone collections.