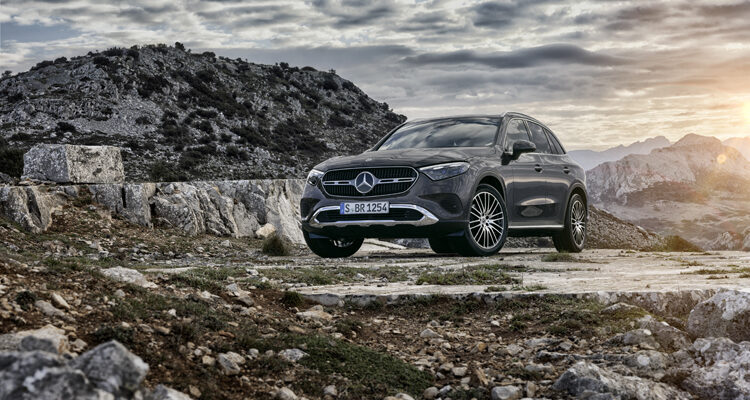 After Mercedes-Benz recently showed off the 2022 C-Class, the announcement of the impending arrival of a second generation model GLC — that shares the same platform as the compact sedan — comes as no shock. The luxury German automaker delivered the news of the redesigned crossover via a global digital premiere on Wednesday. 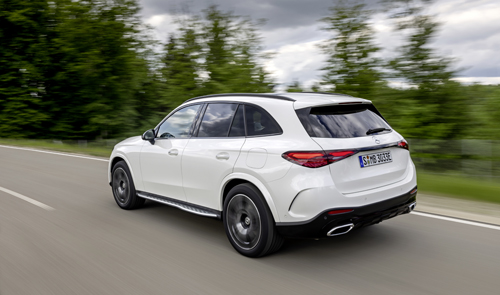 “Over the last two years, our GLC has been the best-selling Mercedes-Benz model. And since it first launched, 2.6 million units have been sold worldwide. It’s popular in every region around the world,” says Britta Seeger, Mercedes-Benz Group AG Board of Management member, in the short film. “That’s why the debut of the third GLC generation is more than just a car launch for us. This is a success story – one we keep adding exciting chapters to.”

While the vehicle possesses an obvious lineage to the outgoing offering, this version showcases a fresh front fascia featuring some unique styling cues. For example, the LED headlight housings blend into the radiator grille, which now sports a chrome surround and matte grey louvre, providing a wider appearance. Other chromed-out bits include the decorative skid plate and window surrounds. 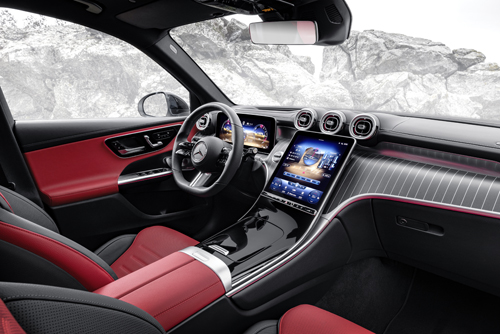 Looking down the side, large flush-mounted 19 or 20-inch alloy wheels fill out the wheel arches. For the first time, the latter’s black liners can come painted body colour as part of select add-on packages. Running boards are also available. At the rear, the two-piece tail lamps have a 3-D quality to them. Below is a complementary polished diffuser and set of angular tailpipes. At 4,716 millimetres, total length of the small SUV is 60 millimetres longer than before, however the width remains the same.

Mercedes-Benz has been incorporating aviation inspired elements for some time, and the 2023 GLC introduces a new split dashboard where the top section resembles an airplane wing. The inset air vents are an evolved form of the previous turbine-esque units, flattened on the top and bottom with concentric rings in the middle. The lower part flows into the curved centre console surrounding a 11.9- inch MBUX-powered portrait LCD infotainment screen.

A leather-lined dash is optional, and there’s various types of open-poor veneer trim throughout the cabin in brown and black tones as well bits of real aluminum. Thanks to the longer length of the vehicle, occupants will find 50 extra litres of cargo space behind the second row totalling 600. An electric EASY-PAC tailgate is standard. 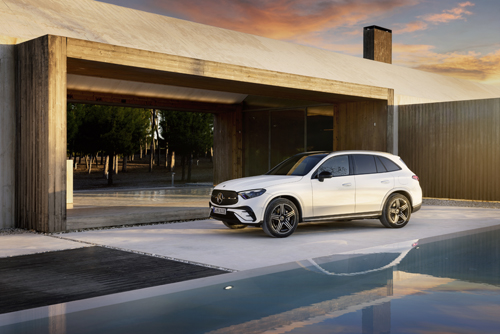 In Canada, the GLC is sold solely in the 300 4MATIC grade utilizing the familiar 255 horsepower 2.0-litre four-cylinder mild hybrid engine found in the C-Class. Taking advantage of 48-volt technology and a second-gen integrated starter-generator (ISG), the crossover can “glide” using electricity and transition between start and stop modes almost imperceptibly resulting in improved fuel economy and driving comfort.

Though the true test will be behind the wheel, handling and off-road prowess seem good on paper. The suspension is comprised of a four-link front and multi-link rear setup, with amplitude-dependent damping system capable of softening and stiffening according to the demands of the environment and road. 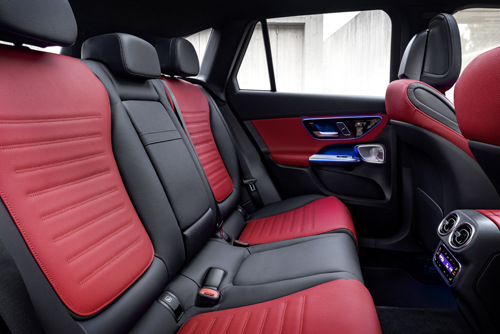 The 2023 Mercedes-Benz GLC 300 4MATIC is expected to arrive next spring. Pricing TBA.