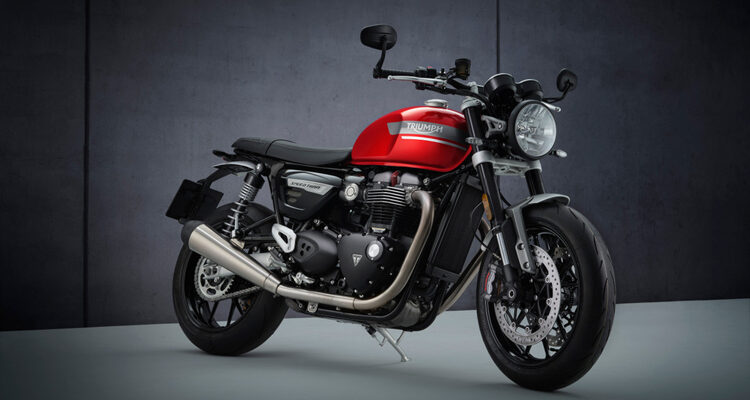 Since the name was resurrected in 2018, the Triumph Speed Twin has represented one of the biggest bang-for-your-buck bikes in the modern classic realm. Essentially a Thruxton in Bonneville’s clothing, it is Triumph’s ergonomic racer: the bike you’d be happy to run-the-ton on, long past the cafe. For 2021, the Speed Twin has received a number of updates, and we’re happy to report that it looks like their performance roadster keeps its essential good looks and DNA while staying a bargain buy.

Triumph’s “High Power” liquid-cooled, 1,200cc parallel-twin engine has been revised to comply with Euro 5 emissions requirements, which was expected. But Triumph’s engineers were also able to uncork a few extra ponies in the process. Horsepower is now up to an even 100 and torque has increased to 83 lb-ft. However, more importantly, that torque now pops some 700 rpm lower in the rev range while the redline has increased by 500 revolutions. This is thanks to a 17% reduction in inertia from the new crankshaft as well as new pistons and revised port and cam profiles.

It should be noted that Triumph have all but mastered the art of throttle-by-wire in their offerings, delivering some of the smoothest throttle response in the business. I don’t anticipate that will have changed here, so expect power delivery from the revised engine to be just as user friendly as it was before.

With the added oomph, Triumph also saw fit to fiddle with the Speed Twin’s chassis set-up. Specifically, the suspension has been upgraded with a set of 43mm Marzocchi upside-down, cartridge forks. They remain non-adjustable but offer 120mm of travel. In back, the twin outboard shocks match the travel but add preload refinement.

Braking has also been upgraded with a twin set of Brembo M50 calipers clamping down on 320mm discs up front while a twin-piston Nissin unit slows the rear. Adjustable levers do not appear to be fitted as stock but are a factory option.

The Speed Twin maintains a classic silhouette but it is imbued with the requisite tech to keep it relevant and rideable by today’s standards. There are three switchable riding modes, Rain, Road and Sport, which now all have their own unique throttle maps and traction control settings pre-programmed. ABS is standard issue here as is traction control, which can be switched off should the rider prefer.

Pricing for Speed Twin has crept up a hundred bucks, but starting at $13,900 it still represents a great buy for riders looking for a high performance, modern classic. Of course, with over fifty factory-built accessories, it probably won’t take long to add to the bottom line. 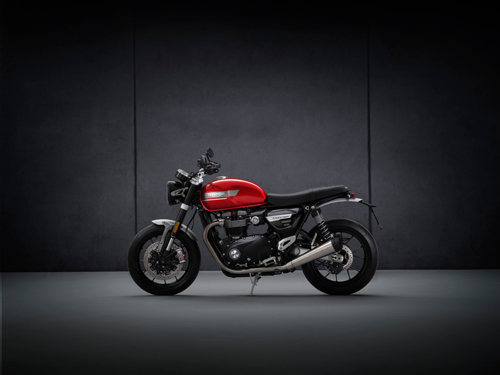 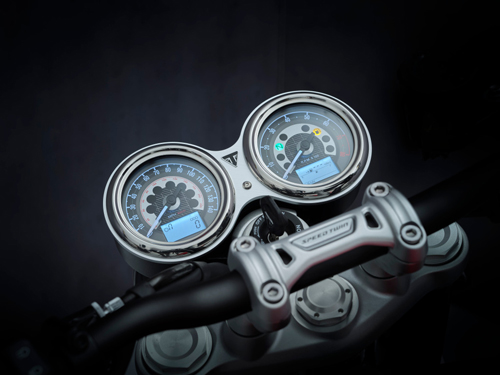 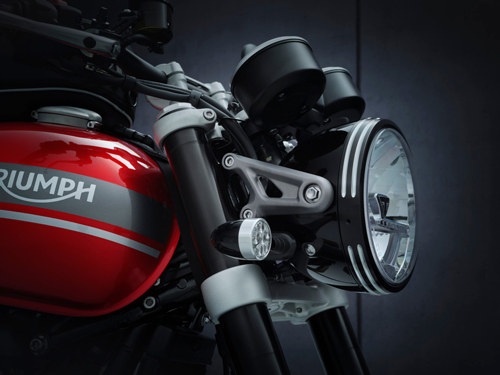 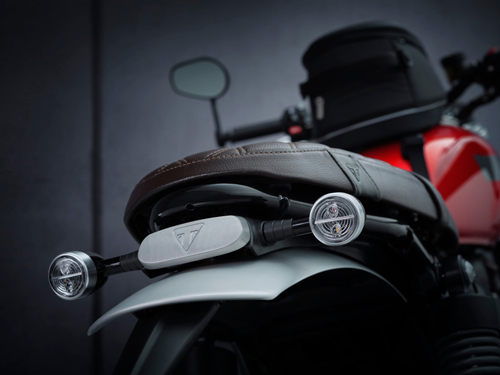