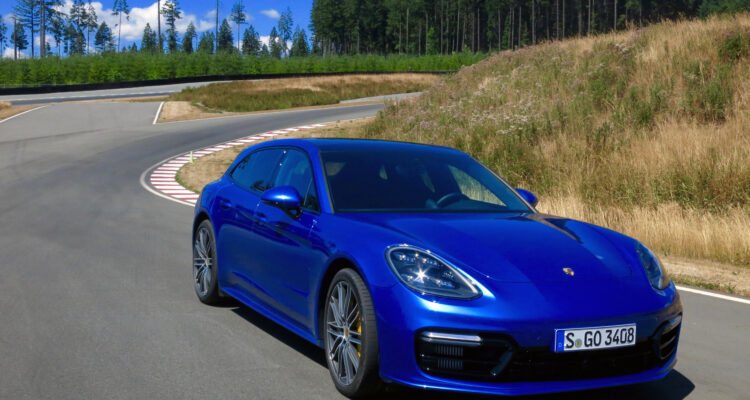 Near Duncan, B.C. — Is this the one Porsche should have built first?

As capable as the Panamera is as a sedan, it’s hard not to look at the shooting-brake version and think it is more in keeping with the company’s sports-car heritage than a sedan.

In Sport Tourismo form, the Panamera exudes sportiness, with the swept-back roofline making it a car that looks fast at any speed.

While from the front, it looks just like the sedan — aside from a unique hood — from the B-pillar back, nothing is familiar. The entire body rearward of the front door is unique to the Sport Tourismo. 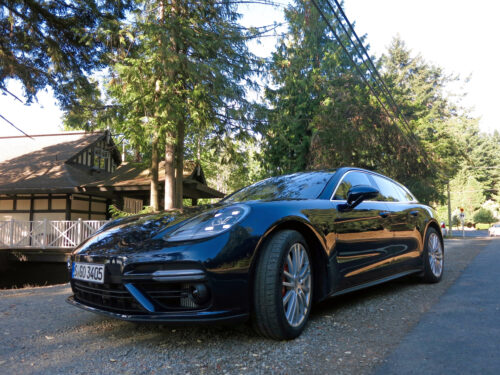 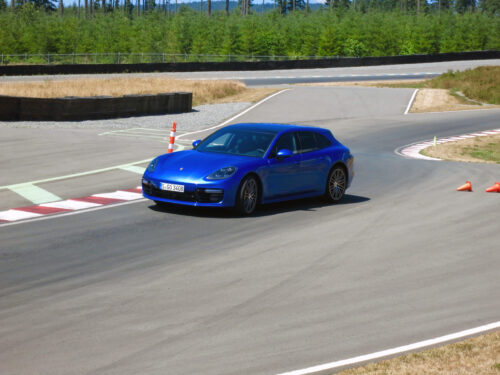 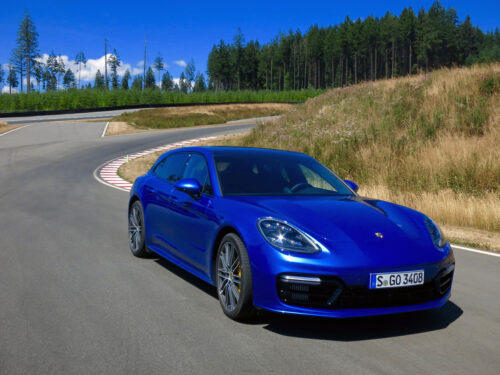 Inside, it’s all Panamera, featuring the new high-tech interior that includes glass control panels and touch switches with tactile feedback. They might be the easiest-to-use, least-frustrating touch switches in cars today: with the tactile feedback and need to confirm selection by adding finger pressure, you are more able to fumble blindly (because your eyes are on the road) without worrying about accidentally activating the wrong function.

In the Sport Tourismo, Porsche offers a choice of four captain’s chairs or what it calls four-plus-one seating. Four plus one is code for “you can put someone there if you really need to, but they won’t be comfortable.”

Like the sedan, the Sport Tourismo offers outstanding handling that belies this car’s mass. Steering is firm, responsive and communicative. You can literally feel the front tires’ contact patches in your hands.

Helping the handling is a unique spoiler on the rear hatch. While we’ve seen power-operated spoilers that deploy at speed on many other Porsches, the company says this is the first one on an estate model.

It extends from the top surface of the spoiler and can add up to 50 kilograms of downforce on the rear wheels. It is at its most aggressive position when the sunroof is open, helping counter the lift that can occur from wind entering the sunroof.

Speaking of the rear hatch, it offers a lower liftover than the sedan, making it easier to get items in and out. The floor space of the cargo area is not greatly different from the sedan’s, however the added space above adds to the cargo ability, by 50 litres.

As a world car, five powertrains are offered, but don’t expect to see the diesel version in Canada. There’s a V-6 turbo, a V-6 bi-turbo, a plug-in hybrid with a V-6 turbo motor and electric motors and the performance version, a bi-turbo V-8. Power ranges from 330 horsepower to 550 horsepower.

Mated to all engines is an eight-speed dual-clutch transmission Porsche calls Porsche Doppelkupplung.

The hybrid offers one small disadvantage: it makes the car feel very heavy, which shouldn’t be surprising as it’s 155 kg heavier than the V-8 version.

With a starting price just shy of $110,000, the Panamera Sport Tourismo isn’t for everyone. But then, isn’t that the point?