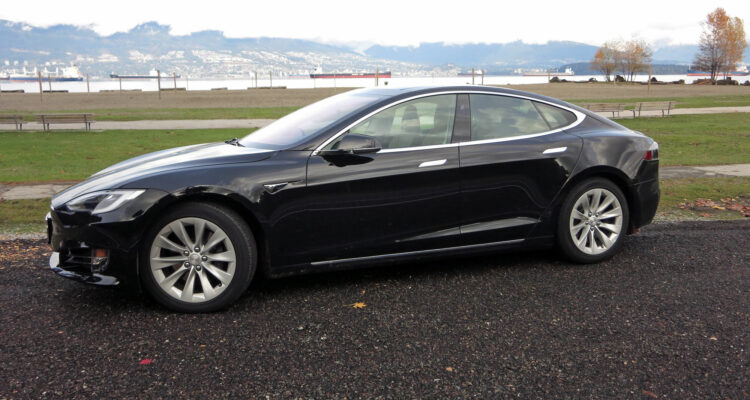 Elon Musk, founder of Tesla Motors Inc., is dogged by more than his fair share of critics and pundits claiming irrefutable insight into the man, his company, and its products.

While some fraction of criticism against Musk, the visionary, may be accurate and justified, I listen with a healthy dose of cynicism knowing that many of the espousers of acclaimed “fact” couldn’t, by contrast, tie his shoelaces.

Rather than suffer my personal views, let’s have a look at the vehicle most emblematic of Elon’s success: The Model S D100, which is the latest version of the all-wheel-drive full-size sedan that made “Tesla” a household brand of the well-heeled. 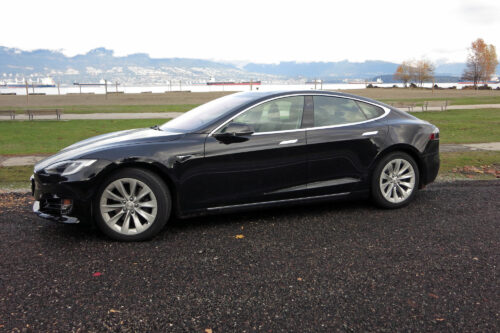 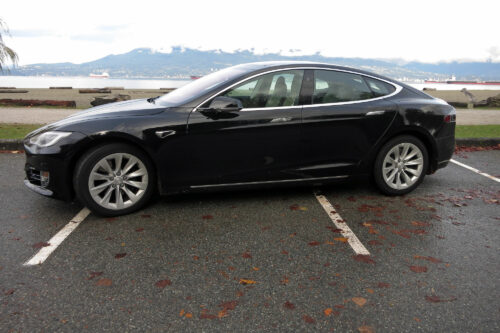 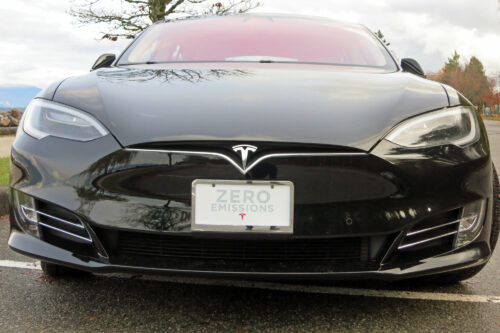 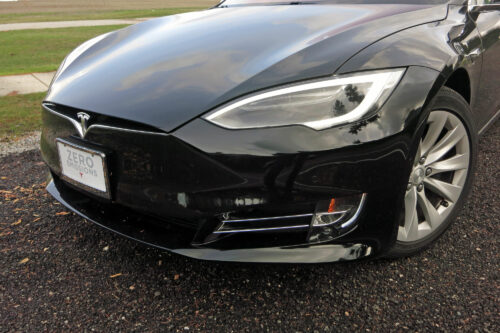 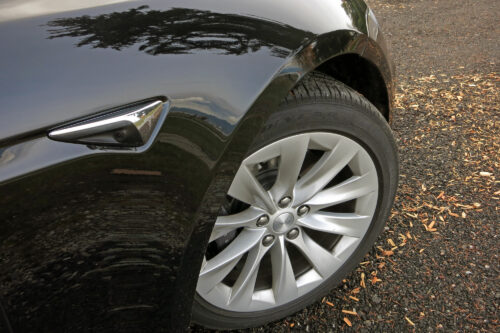 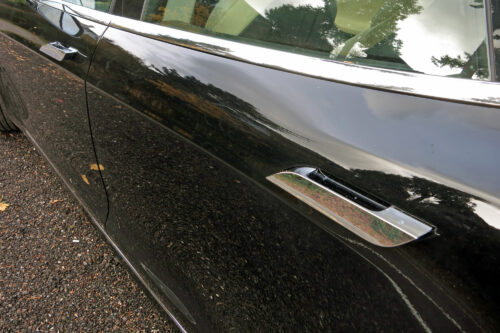 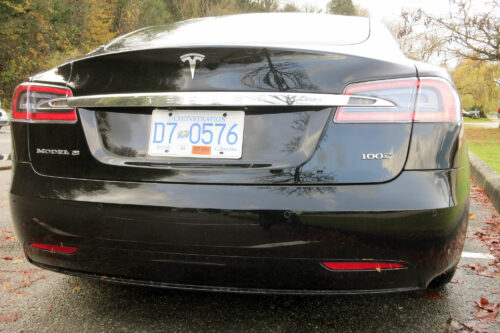 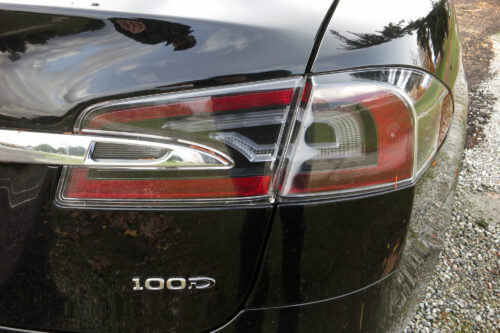 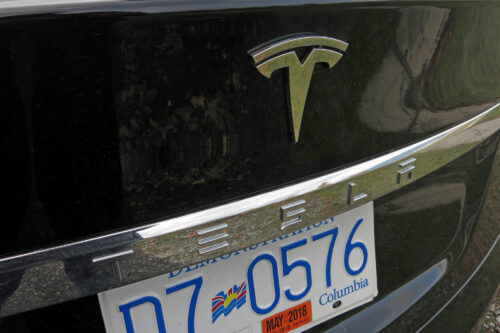 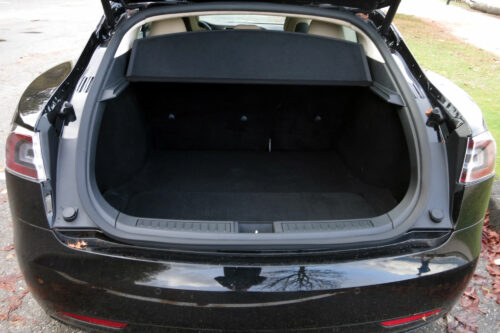 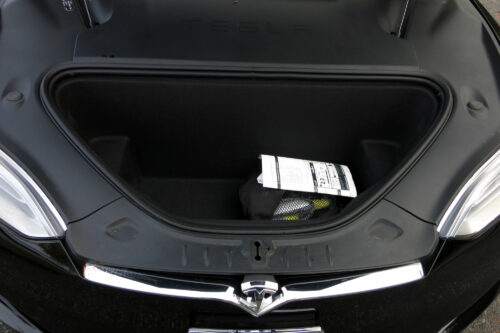 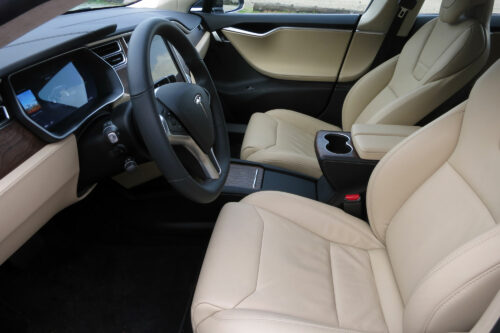 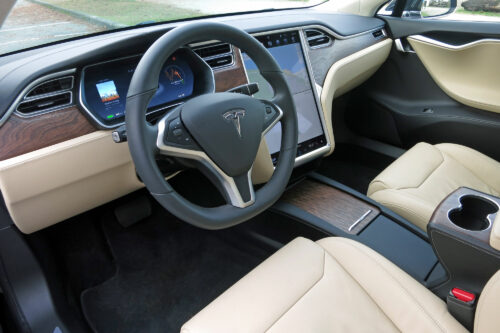 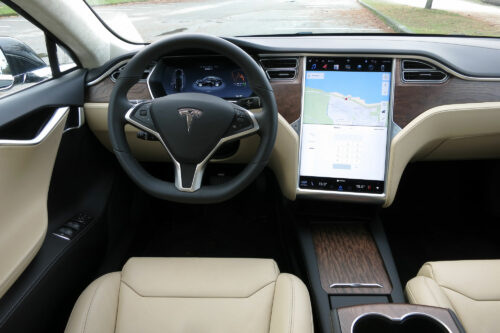 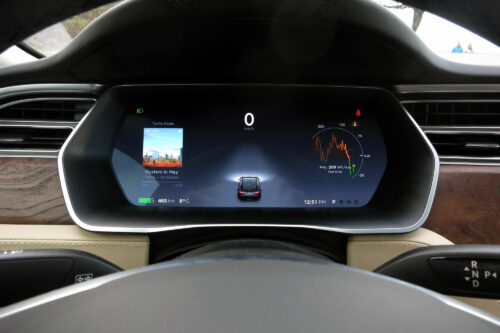 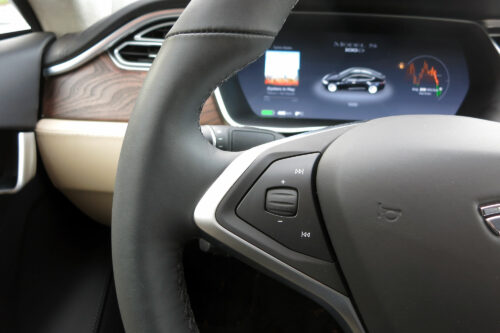 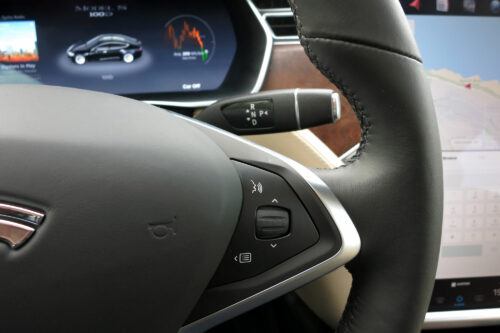 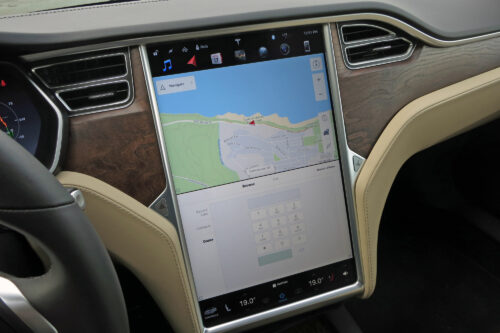 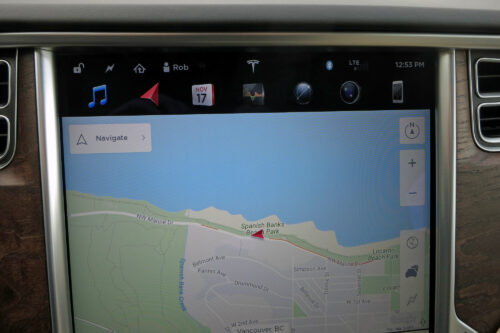 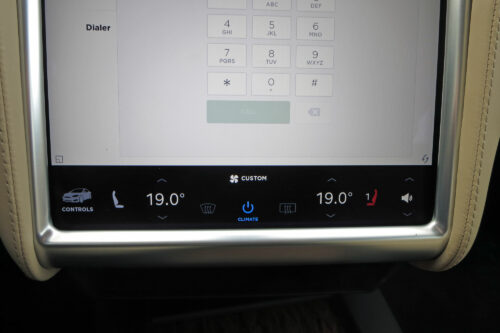 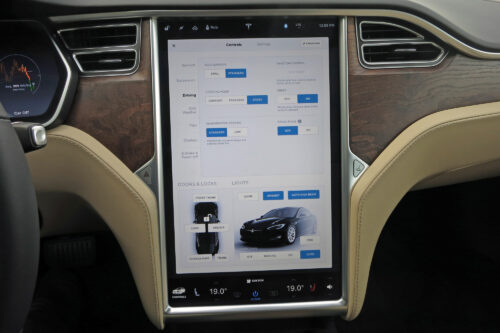 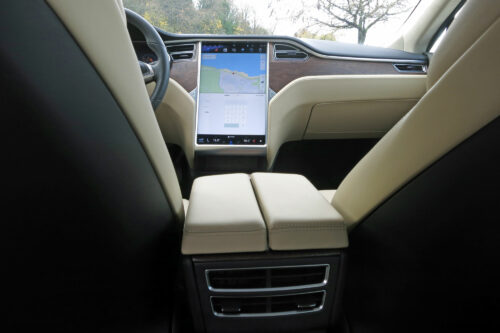 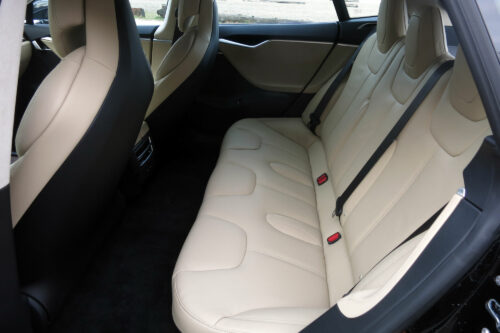 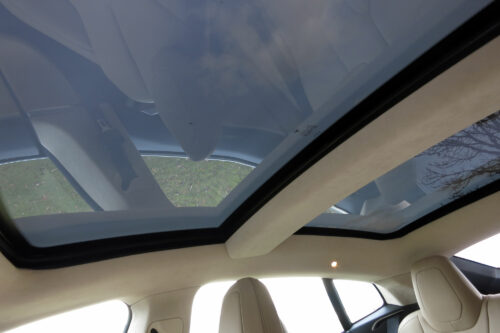 The D100 is most notable for its wealth of range, which at 500-550km exceeds all other Tesla products available at this moment. And while the D100 sprints from 0-96km/h in just 4.2 seconds, it is not equipped with Tesla’s lightning-fast Ludicrous Mode.

To be honest, 4.2 seconds is more than ludicrous enough.

The increased range is – in my mind – more of an asset than quicker acceleration.

Driving 500km or more between charging phases is nothing short of astonishing. I’ve driven this week’s tester approximately 380kms so far, and I can still jump in and drive another 100kms.

When plugged into a 240V outlet, the D100 absorbs roughly 50km of range per hour. Plugging into a Tesla-specific supercharger requires only 20 minutes for a 50% charge and 40 minutes for an 80% boost. I’ve waited in line longer for coffee!

Whatever the wait, taking the driver’s seat makes it all worthwhile.

The Tesla S has given me one of the most enjoyable driving experiences to date. The attributes of an electric car seem more polished and exaggerated in the Tesla.

Very little is heard within the confines of its leather-lined cabin.

The electric motor is silent, and it’s apparent to me that Tesla engineers worked feverishly to reduce or eliminate other audible irritants associated with driving, such as road and wind noises.

From the serenity of the D100’s interior, one is treated to a throttle which carries with it enough torque to pull blood from the brain during full-on departures. As the Tesla rep so rightly voiced, “that never gets old.”

Of course, driving safely is the responsibility of everyone with a pulse and a driver’s licence. The Tesla does its part thanks to a full-suite of the latest in crash protection and accident avoidance technologies.

In fact, the Model S is the safest car ever tested according to the National Highway Traffic Safety Administration in the U.S. Pretty impressive indeed.

Knowing that it tops the safety list is a comfort. For me, however, the real comfort is found in the Tesla’s Smart Air Suspension, which rewards its occupants with a deliciously smooth yet highly-controlled ride.

An exceptionally low centre-of-gravity, achieved by layering the battery pack into the floor pan, contributes to the cornering stability of the Tesla.

With so much going for it, are their shortcomings with the Model S? Yes, the first of which is price.

The D100’s base MSRP is $133,600. This week’s tester tallied $155,900 before taxes. That’s a lot of money, but one could argue that it’s offset by the absence of fuel fill-ups and regular servicing over the vehicle’s lifetime.

There’s also altruism to be considered.

Driving a non-polluting car, save and except for the carbon emitted in manufacturing the vehicle and in generating the electrical power to charge it, is better for the environment and all living organisms therein.

The sleek design of the Model S remains attractive, changing little since its introduction in 2012.

From the driver’s seat, I found its broad A-pillars to be visual impediments, while taller occupants may find the svelte roofline to be slightly intrusive.

Despite a few freckles, the Tesla S delivers a motoring experience that’s uniquely gratifying, if not a bit challenging to adapt to. This comment, in particular to its advanced screen-based interface.

The 17-inch capacitive touchscreen is highly responsive and enjoyable to use. I love all that it can do, especially with its built-in Google Maps app, but still wonder if a few conventional knobs would better serve the fundamentals of climate control and audio.

Nonetheless, the more time I spend in the Tesla, the simpler and more pleasing it gets, and the more I appreciate the genius of Elon Musk.