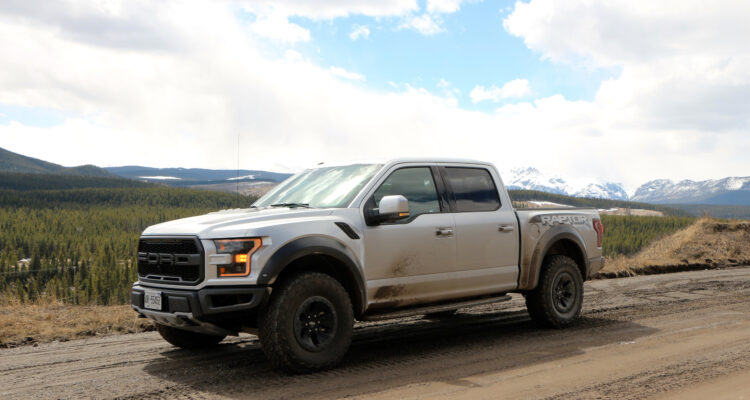 Cows are curious creatures and we could have had a one-vehicle cattle drive when we drove up in a 2017 Ford F-150 Raptor near a herd of cud-chewing bovines laying about in their pasture area.

They looked up, the chewing stopped, they got up and began to gather round. Being polite animals, they simply stared, not moo-ved to ask questions. But the truck had their undivided attention. It was sort of  the four-footed version of the curious human onlookers at any filling station we stopped at.

Raptor is like that. There is no way to be anonymous in this humongous version of the F-150. 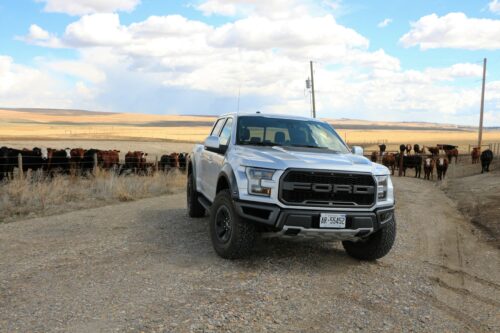 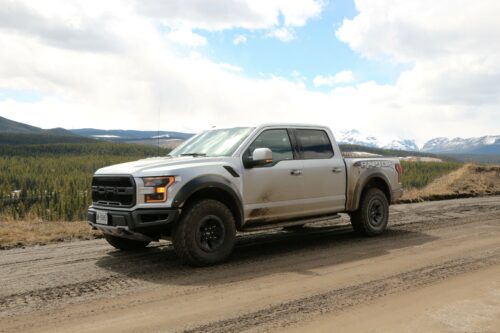 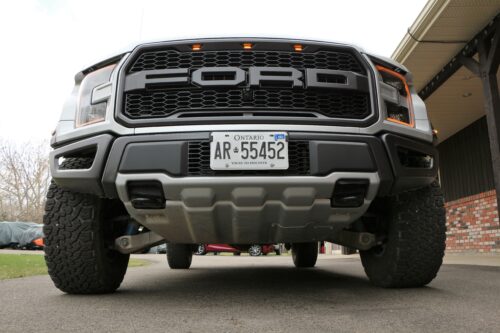 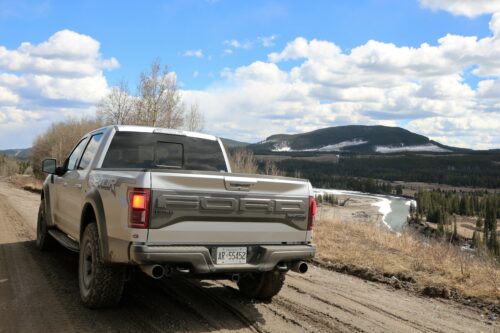 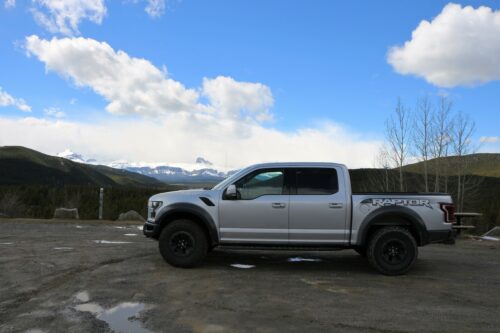 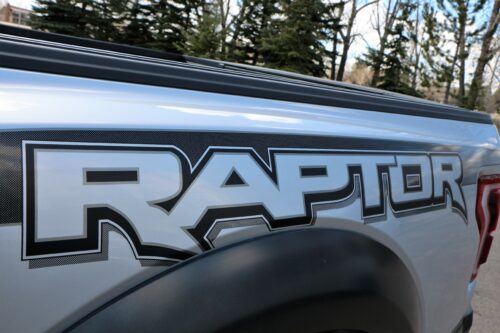 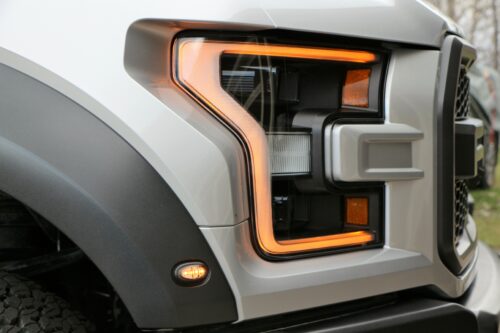 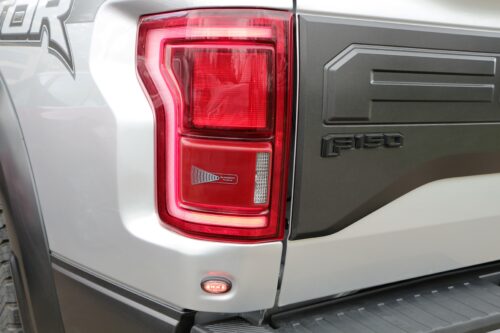 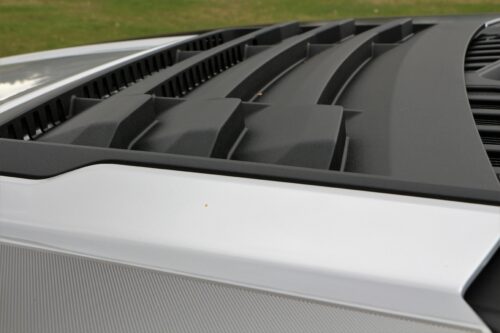 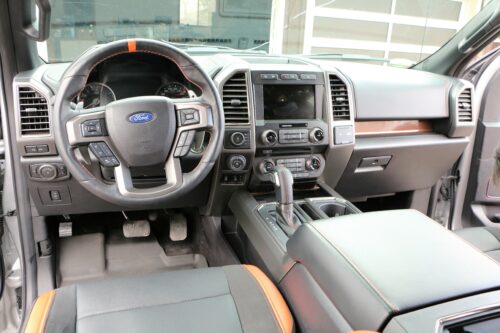 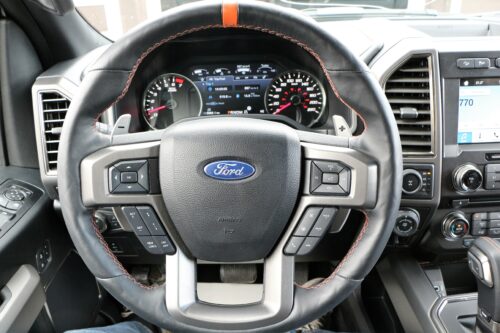 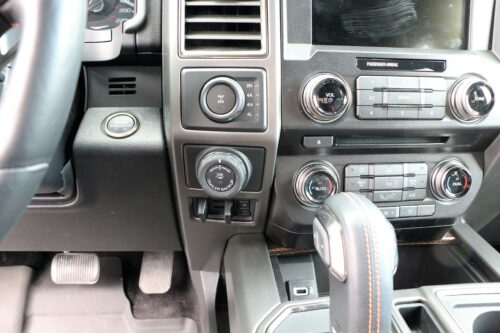 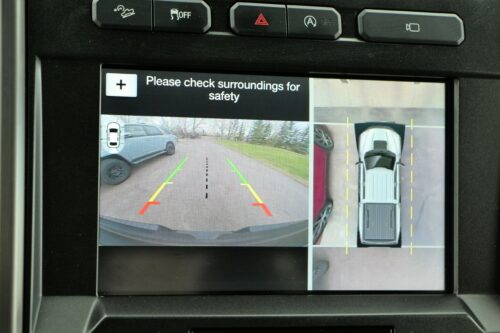 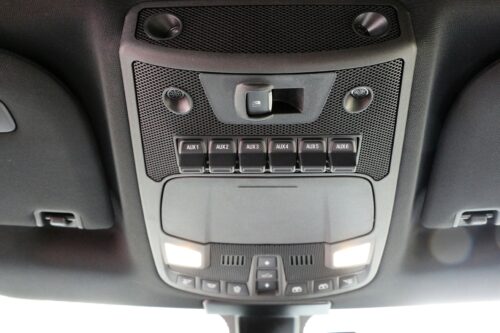 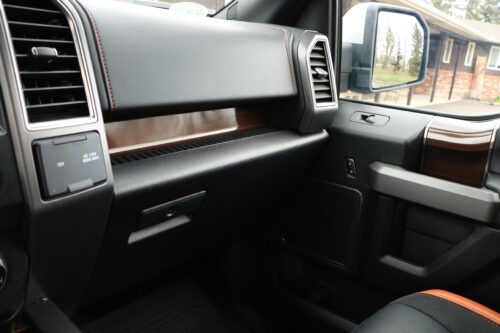 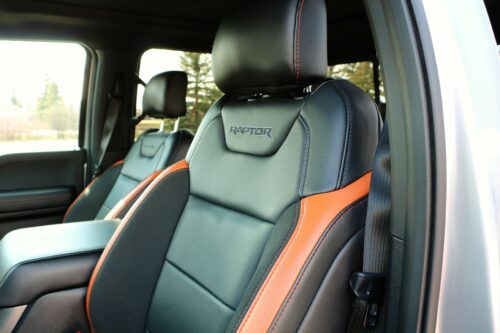 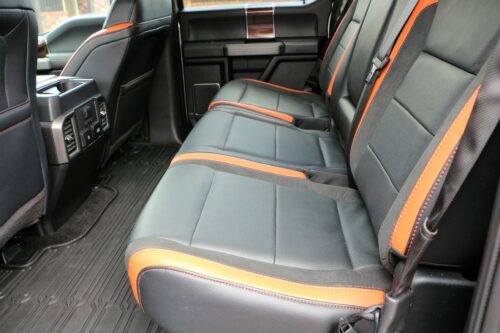 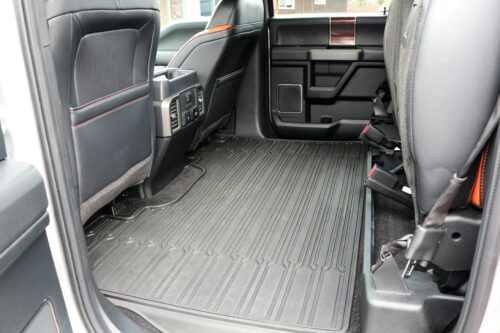 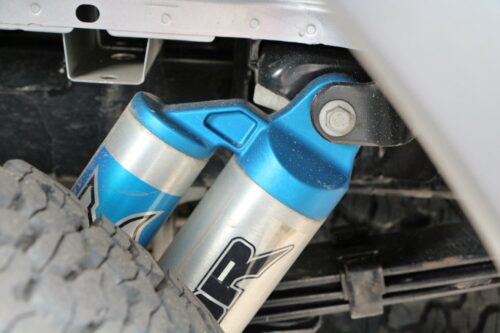 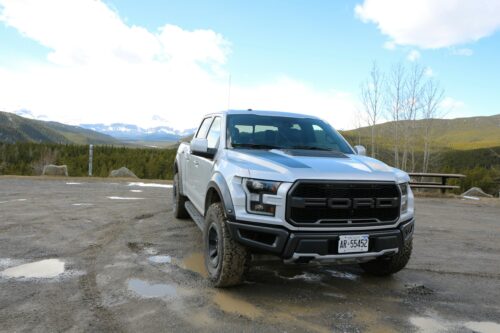 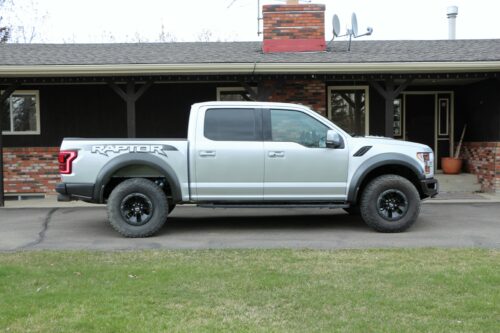 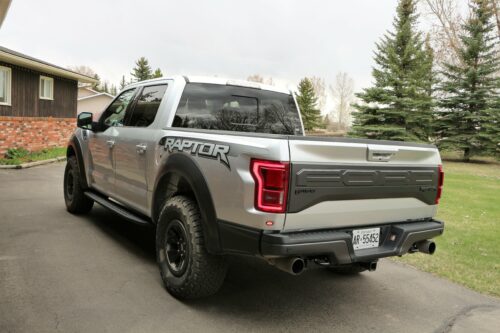 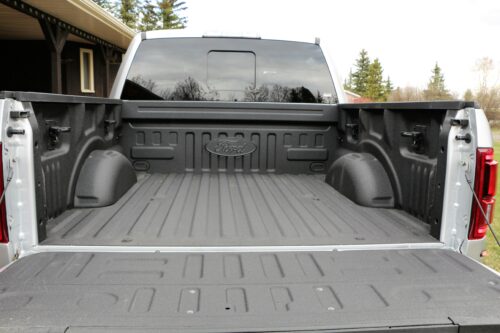 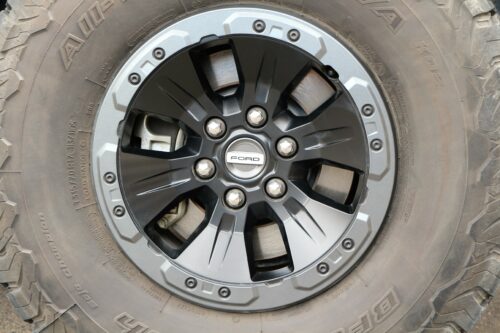 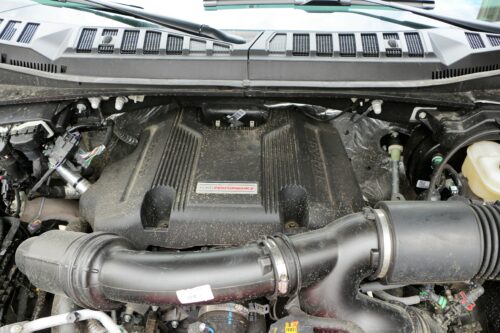 In answer to the questions:

Power comes from a 3.5L EcoBoost V6 rated at 450 horsepower and 510 ft. lb. of torque – more than the V8 in the previous Raptor. Shifting is handled by a 10-speed automatic transmission with manual-mode shifting. And tow/haul mode.

Yes, it’s a bit thirsty, especially if you don’t keep out of the turbos. Economy is rated at 15.6 L/100 km in the city and 13.2 on the highway. During my time with it, the tester came very close to that mark, averaging 14.7 in the city, on the highway and in the back country.

Even with running boards, it’s a bit of a clamber for the height-challenged like me to get inside.

Once there, I find myself in a well-laid-out, near-luxury space with all the amenities you’d expect to find in a higher-end sedan or SUV. It’s not difficult to feel at home here.

I often have issues with Ford seats over a long haul for some reason but the black-and-tangerine 10-way power leather seats (heated and cooled) are welcoming and comfortable. Passengers in the spacious rear seats also get heat.

Need information? The easily-read and accessible infotainment system tells you everything you need to know about the Raptor systems via an 8-inch LCD screen and an info screen between the analog gauges.

But the proof is in the driving and I like driving the Raptor which gives me a kind of “Moses” feeling in traffic. This thing parts traffic like Moses parted the waters. Nobody wants to get in the way of this monster that rides 291 mm off the ground on 34-inch BF Goodrich All-Terrain KO2 tires.

Suspension travel is – 13 inches in front, just under 14 inches at the rear.

We head west of Calgary into the east slopes of the Rockies, intending to push the Raptor over some of the back trails for 4×4 vehicles.

There’s been some heavy rain in the area and we find trails that are wide enough for the Raptor have been closed and I don’t want to tackle narrow ATV tracks that would scratch our silver paint job. Ah well, the gravel/mud/rutted access roads will have to do. I don’t get to work through the all-new Terrain Management System that lets me select from six modes including street, Baja, mud and sand.

No huge obstacles to overcome, but we get a bit muddy anyway.

The ride is surprisingly good no matter where we go. The suspension (independent double wishbone up front, leaf springs and solid axle in the rear and 3-inch FOX coil-over racing shocks) handles everything our modified route can toss at it.

On the highway, it’s smooth and quiet; in the mucky, pot-holed and rutted tracks in the eastern slopes it eats up adverse terrain without upsetting the occupants. And velocity doesn’t appear to be a factor after all, this is the second iteration of a truck bred to take on desert racing.

It’s a bit more genteel now, but its street attitude can be terrifying to some other drivers who leave me plenty of room on city streets.

Take it to the mall, however, and space can be an issue. If I don’t fold the exterior mirrors Raptor occupies every mm of the average parking spot. It will fit in most underground lots, at least in Calgary, but it’s length makes manoeuvring a chore.

I don’t think I’d take Raptor to the theatre and my wife wouldn’t want to go anywhere that requires entry and exit while wearing a skirt, but it would happily go there too.