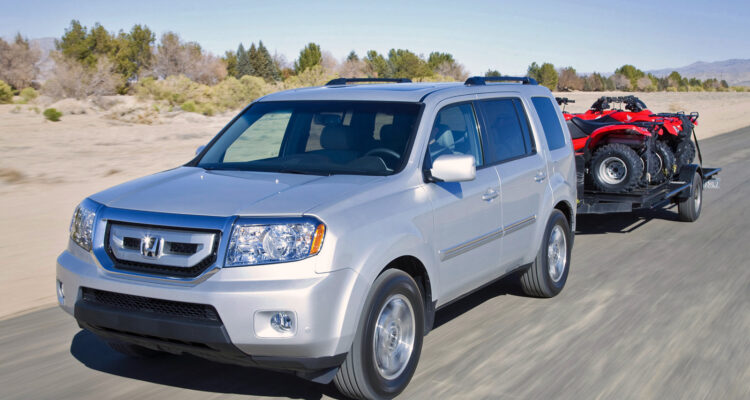 OK, I know what you’re thinking.

You see a photo of what looks like a hulking SUV, a gas price in 2009 north of $1.29 a litre and you’re wondering what I might have been thinking. Or smoking.

But the Honda Pilot is an SUV with decent space, a fair amount of utility and a fuel bill that could make a minivan blush. 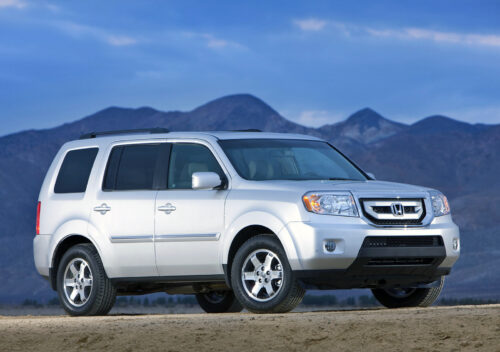 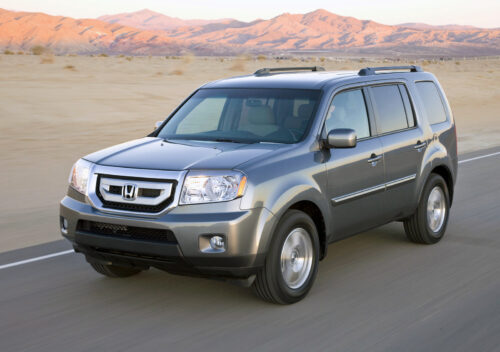 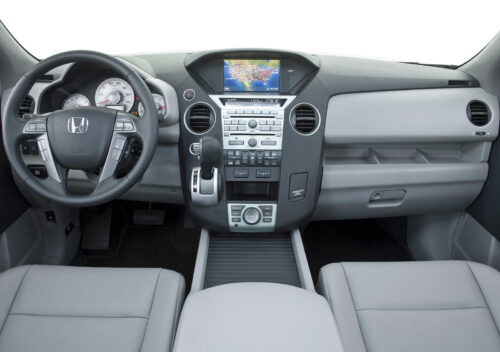 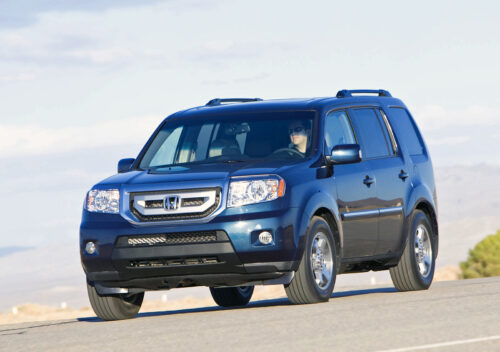 As I started writing this, I’d had the vehicle more than a week, been to the cottage and back, done running around in the city and at the lake, and still was not feeling the urge to fill it.

When I finally did fill it, here are the numbers: 500 kilometres, 69 litres of gas for a calculated fuel consumption of 13.8 litres per 100 kilometres. It’s no Honda Fit, but it’s better than a V6 Chevy Malibu.

And that’s in an SUV with a powerful V6, an automatic transmission, all- wheel drive and a 2,058-kilogram curb weight.

The trick is Honda’s Variable Cylinder Management, which shuts down half the cylinders when not in use. Honda isn’t the first to use the scheme, indeed, Honda is one of the latecomers to the cylinder-deactivation party, but adding the system to a V6 that already had a good power-to-fuel-economy ratio makes the Japanese carmaker one of the most successful.

The system is remarkably seamless. Save for an “ECO” indicator on the dash, the driver has no idea his engine isn’t firing on all cylinders.

Arrive at and maintain cruising speed, and the “ECO” light comes on and the on-board fuel-consumption meter takes an obvious dive. It wasn’t uncommon to see the meter showing 10 litres per 100 km or less even at 100 km/h.

Press the accelerator and the “ECO” light shuts off and full power is now at your command.

But despite its oft-miserly ways, the Pilot is no slouch in the acceleration department. Hammer it, and its 250 horsepower and 253 pound-feet of torque get it up to speed quickly. A Porsche Cayenne Turbo it ain’t, but it’s certainly fast enough for most, if not all, of its target market.

The ride is comfortable, but a touch on the truck-ish side. Handling, thanks to its stiff unibody construction, is excellent for a vehicle of its size. The steering feels a touch vague and more feedback from the front wheels would be appreciated. But overall, on the highway, gravel roads or in the city, the Pilot is stable, well-planted and comfortable.

Space for passengers is excellent, and the rear seats slide forward and back to accommodate taller or shorter passengers. Space for cargo is a bit more precious. As SUVs in its class go, the Pilot has decent space. But with a third row of seating above the space needed for the rear differential, cargo space in the Pilot is nowhere near as commodious as with the Odyssey van.

But minivans are the anti-cool, and the Odyssey can’t touch Pilot’s up-to-2, 045 kg towing capacity.

Styling, both inside and out, is vastly improved over the previous Pilot. The boring, nondescript, vanilla look of old is replaced with a bold, square- cut style with a large, in-your-face grille. It is certainly not unobtrusive any more. In a good way.

Inside, the dash has been given a hit of Acura techno, with a busy but easy- to-learn centre console. In the tester, the navigation screen topped the centre console, while the joystick and navigation buttons were mounted at the bottom. It made using the joystick easier, but the buttons drew your eyes far afield of the road. Audio system controls, and an audio system fluorescent display, were nearer the top, just below the nav screen.

The DVD rear entertainment system — standard on the EX-L and Touring — is a snap to use. A DVD slot on the front dash keeps parents in charge of their kids’ viewing, and power controls at the front allow parents to turn it all off if needed. The kids can watch and listen to their movies independent of whatever the parents want to listen to.

XM Satellite Radio is standard on the EX-L and Touring models and is a welcome break from the two-guys-who-can’t-get-enough-of-each-other routine.

Some other neat techno touches:

Maintenance Minder: gives drivers a visual indication of needed service. The system not only monitors mileage and time, it tracks vehicle usage, and invokes “severe service” intervals as needed. (All driving in Manitoba is, or should be, considered “severe service.”);

Rearview camera: is on the EX-L and Touring models only, and offers excellent visibility in both daytime and nighttime conditions. On the EX-L, the camera image is displayed on the rearview mirror;

115-volt power outlet (standard on Touring, available as option only on EX- L).

While the bold styling of the Pilot won’t advertise that you’re not being as environmentally unconscious as some might think, you’ll know the difference. The Pilot may be just the ticket for those who want to approach the space of a minivan, but without projecting minivan dorkiness or suffering SUV-sized fuel bills.