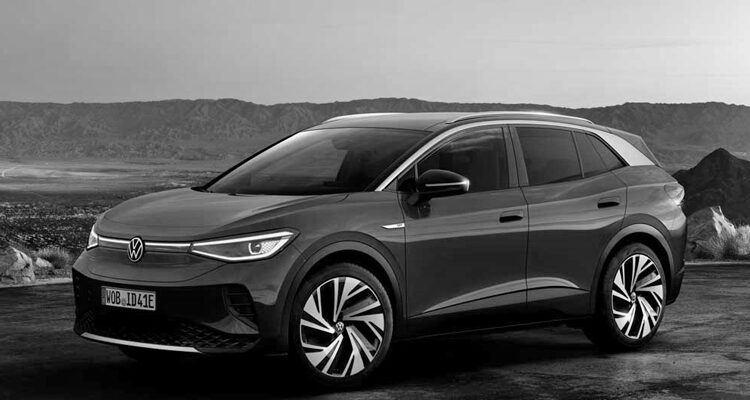 This sentence uses energy. That’s the point of The Carbon-Neutral Net, VW’s buzzworthy new website, a harbinger of the company’s greater move toward sustainability. The website was officially launched today at a webinar featuring VW Canada’s PR and marketing leads. The site contains nothing but black and white text, making it 99% less pollutive than your typical image-rich and colourful automotive website.

Yes, it’s all black and white text. But boring? No. Your eye does register pictures of cars and target-market humans-being-happy, but they’re actually just carefully composed bits of minute type. Zoom in on them and you’ll find nothing but text, like those posters dot-matrix printers chugged out in the ‘80s. Smart!

Effective advertising and PR communications generate discussion with such intriguing, attention-grabbing, ideas. By offering this text-only site, VW is putting its money where its mund ist, yes, but also doing something different to get us thinking about them — like a visual double-entendre.

“We’ve got some lofty goals about the environment,” Volkswagen Canada’s Director of Marketing, Lynne Piette, told us at the beginning of the presentation. After unmuting her microphone, Piette went on to list four of the loftiest biggies: the introduction of 70 all-electric models by 2025; 28 million electric vehicles by 2030; a fully electric fleet by 2040; and a completely emissions-free company by 2050.

Thomas Tetzlaff, VW Canada’s Manager of Public Relations admitted the initiative isn’t going to save the world but “is a step.” The next step is the launch of the VW ID.4 electric SUV, coming to Canada this summer (hotly anticipated by stir-crazy locked-down car weenies across the country).

The black and white website was blessed by the Managing Director of Website Carbon, a British company whose site will “estimate your web page carbon footprint.” How? You enter a URL and it calculates a number. Created to get us all thinking about reducing our digital carbon footprints, the online tool is embarrassingly addictive. For instance, it reports that this recent Vicarious news story regarding rival automotive manufacturer Nissan’s pledge to reach carbon neutrality by 2050 is “dirtier than 94% of web pages tested.” That hurts but when The Carbon-Neutral Net’s URL was entered five different times, it didn’t result in an answer once. (Maybe that’s because it’s so light on content, to give them the benefit of the doubt.)

Anyway, when you land at The Carbon-Neutral Net, you have the option of going to VW Canada’s colourful website with plenty of shopping tools and videos. It’s dirtier than 72% of web pages tested. Well … small steps.

Speaking of which, today’s webinar/launch used live colour video and interactive questioning tools, so obviously generated plenty of carbon itself. To counter the pollution we made, VW Canada pledged to donate enough funds to doubly counter that number. The donation goes to One Tree Planted, a non-profit dedicated to global reforestation, whose own site is “dirtier than 87% of web pages tested.”