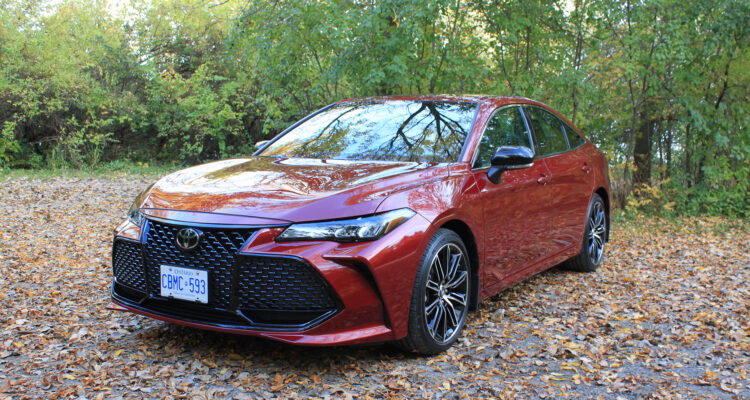 The Toyota Avalon has sometimes been described as a car for old(er) men, but the latest generation of this sedan should certainly bust those perceptions.

For the 2019 model year, the Avalon has shed its less than inspiring design for new styling that is downright gorgeous and has a more upscale feel than what is normally associated with Toyota. The Avalon is offered in two trims, the higher-end Limited and XSE, the model we tested.

After all the styling changes, the Japanese brand didn’t stop there as it also introduced a new V6 engine.

The 3.5-litre powerplant puts out 301 horsepower – 33 more than the outgoing model – and 267 ft-lb of torque, which is moved to the pavement through an 8-speed automatic Super Electronically Controlled Transmission (Super ECT) with steering-wheel mounted paddle shifters. That’s a fancy term to explain a pretty good transmission that for the gets and upgrade with two extra gears.

Fuel economy is estimated at a combined average of 9.4 litres per 100 kilometres, but our week with the Avalon failed to come anywhere near that average. Our result? A disappointing 11.7 L/100 km, and that’s with the Avalon in either normal or eco mode on the drive mode selector (sport is the third setting).

Thankfully, the Avalon requires regular unleaded fuel so the pain at the pump is slightly mitigated.

As mentioned earlier, the Avalon’s styling is no longer in the dull category.

Up front, the grille dominates pretty much the entire front fascia (the bumper is almost non-existant) and it definitely has an upmarket feel to it. 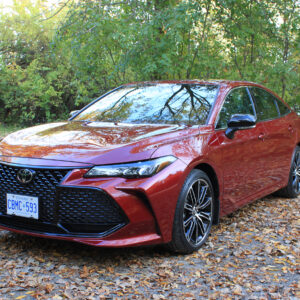 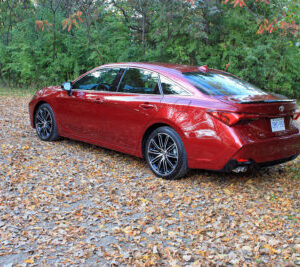 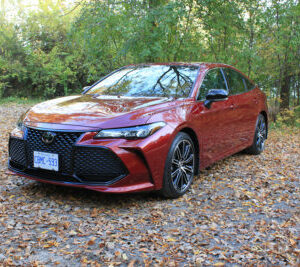 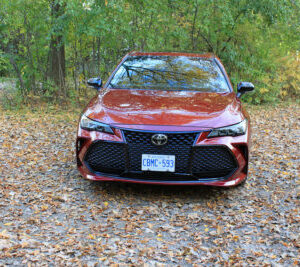 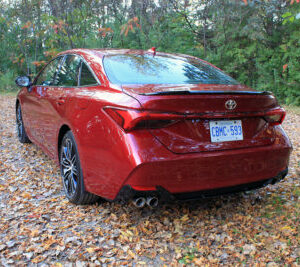 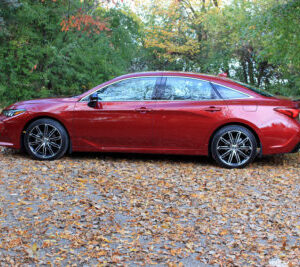 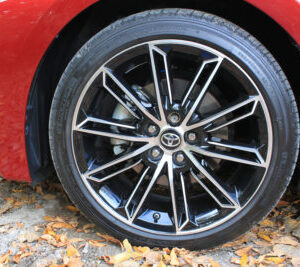 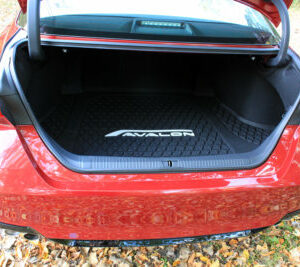 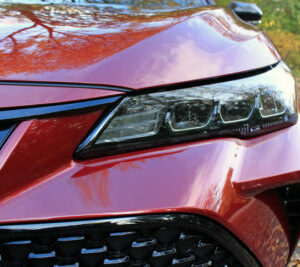 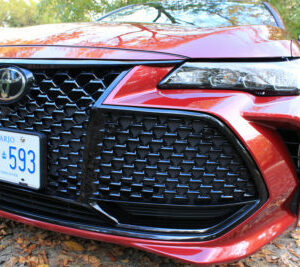 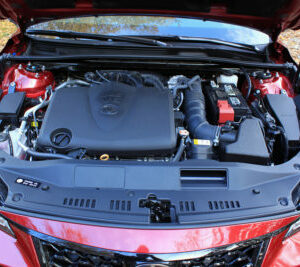 That impression is further reinforced by the creases and character lines that grace the Avalon’s exterior, making the four-door sedan a bit of a head turner.

Especially when people do a double take after realizing it is an Avalon.

The black exterior elements of the Avalon contrast nicely with the Ruby Flare Pearl (a $255 option) exterior of our tester, and the whole package is capped off with some nice 19-inch alloy wheels.

The Avalon’s interior is also all-new for 2019 and the overall look and feel is quite good, with gusts to excellent.

The cabin is spacious and made to feel even bigger thanks to the wide and horizontal design of the dash. That dash is also relatively uncluttered, with even the air vents nearly camouflaged. The centre stack layout is clean and simple, capped with a 9-inch display screen.

Materials are top notch throughout the cabin, with some accents being in satin-chrome finishes and piano-black surrounds.

And there’s lots of room in the cabin, with backseat passengers benefitting from a good amount of legroom.

The aforementioned 9-inch display is the brains of the infotainment system, while also offering an interface for the climate control and more. The gestures to operate it are those we are all familiar with, as they are smartphone-esque.

The Avalon features Toyota’s Entune 3.0 system and this year, the Avalon is compatible with Apple CarPlay. But if you have an Android device, you are out of luck for now.

For those who may find the Avalon interior too quiet, simply turn on the JBL Audio System and its 14 speakers to brighten the mood.

The Avalon rides on the Toyota New Global Architecture platform, just like the one used in some Lexus models.

The platform allows for a multilink rear suspension, and the XSE benefits from a more aggressive sport-tuned setup.

It produces a firm and comfortable ride that handles all surfaces with ease and doesn’t back down when taking some sharp curves.

The steering feel is good and the brakes do a good job of bringing the Avalon to a stop with little fuss.

Power from the engine is delivered smoothly, resulting in a pleasant drive, no matter the setting of the drive selector (Normal, Eco, Sport).

And while the XSE may have a sportier suspension, it’s pretty clear the Avalon was conceived to be a highway and city cruiser that gets its occupants from Point A to Point B in comfort and style. If that was the goal, Toyota has hit a home run here.