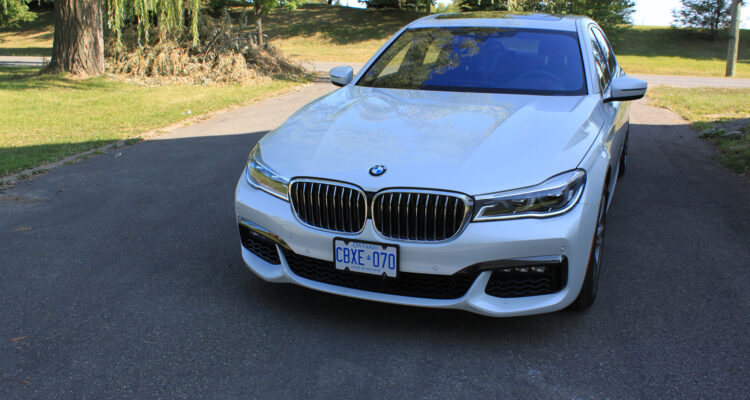 My neighbours almost always check out the car of the week as I pull into the driveway, but it’s not very often that they come over for a lengthy conversation.

I’m not sure if that says more about me as a neighbour, or the cars I bring home. 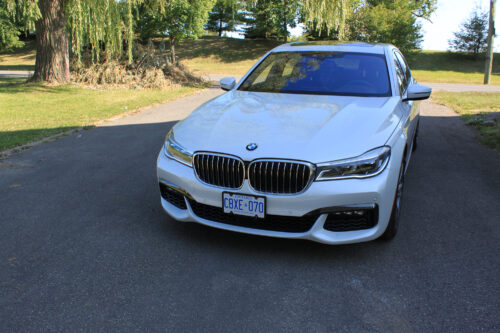 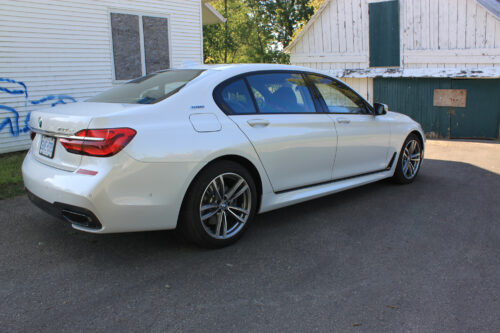 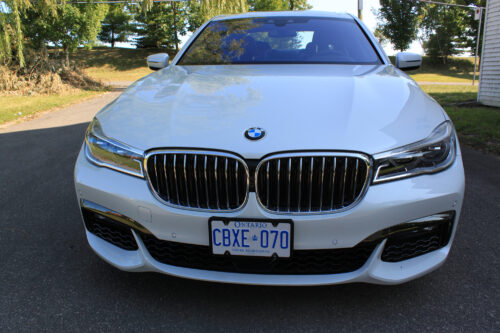 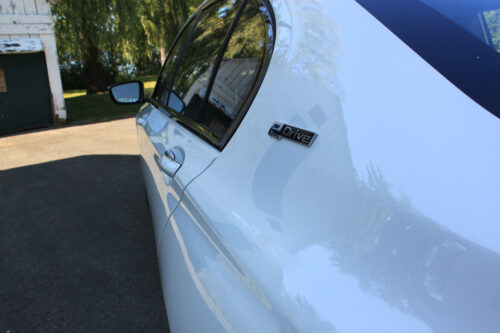 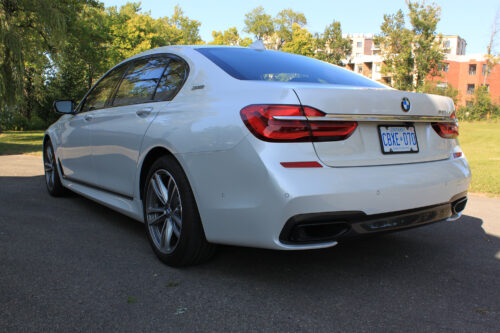 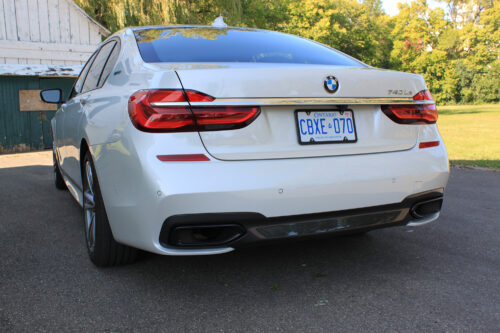 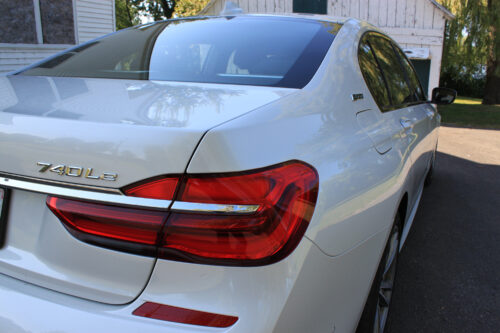 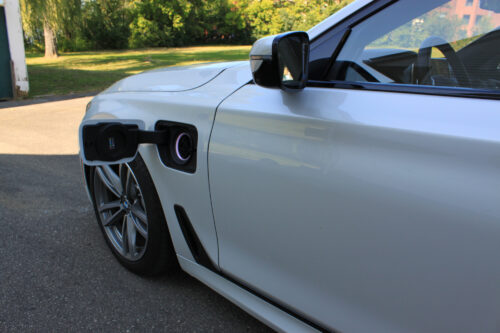 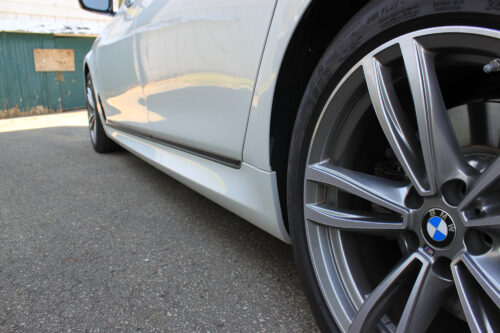 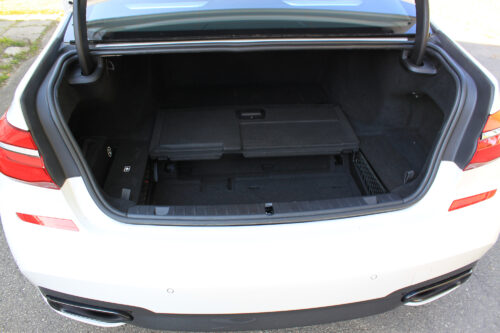 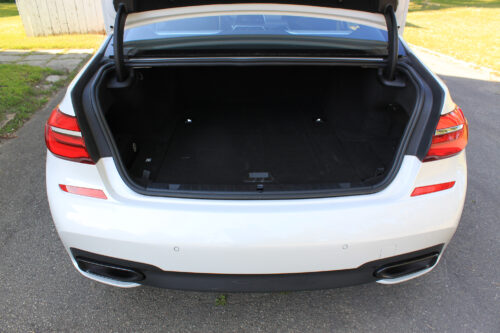 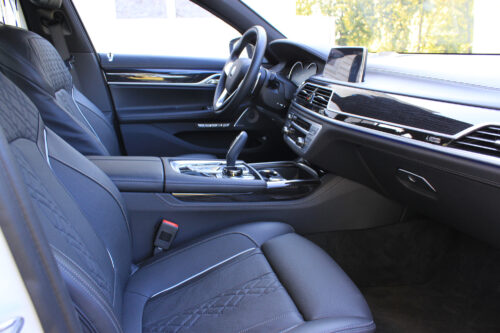 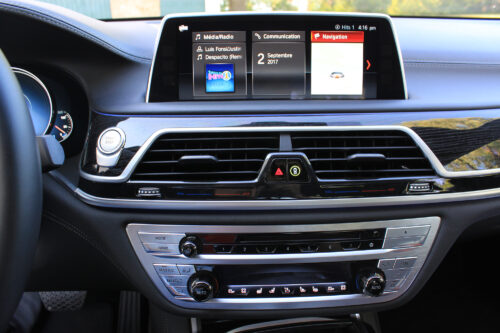 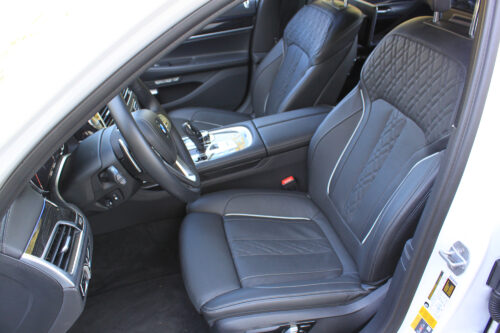 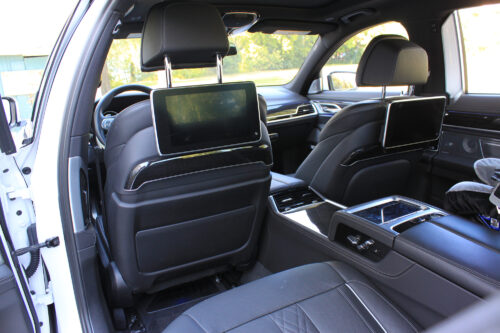 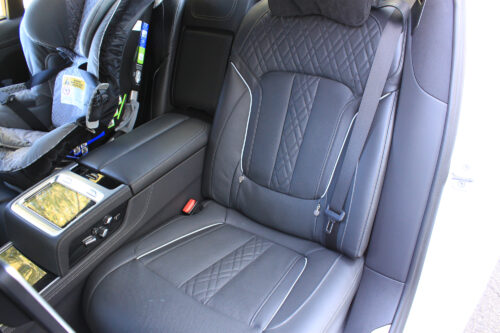 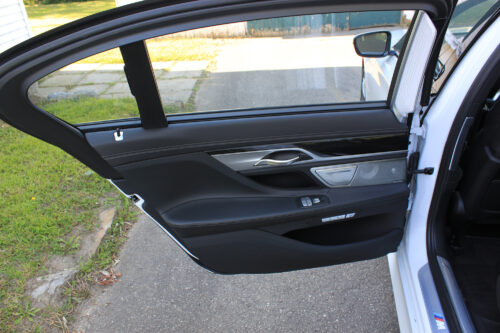 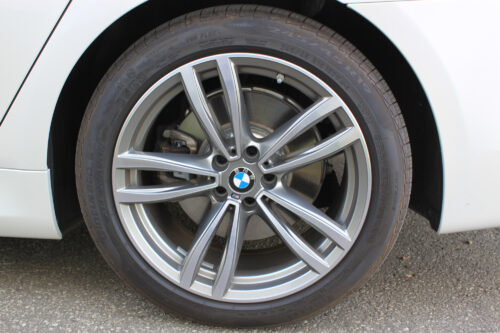 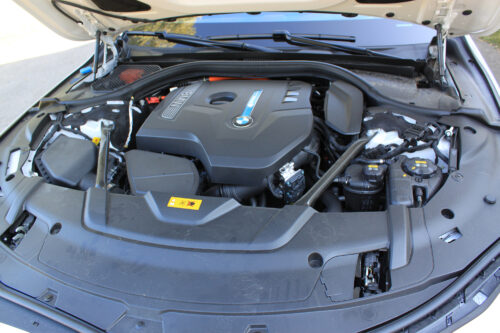 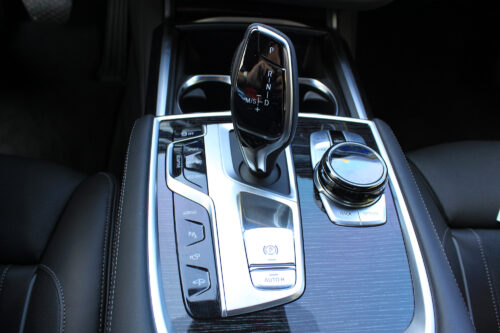 However, things were a little different when I pulled up in the 2018 BMW 740Le xDrive. I had barely turned off the ignition when the neighbour and his teenage son rushed over to ask a barrage of questions and have a look under the hood.

The 740Le is a big, wide car, with a large engine compartment that seems a little barren. But that’s because the luxurious sedan is a plug-in hybrid with a smaller engine than the rest of line 7 Series line-up.

Rather than an 8 or even 12 cylinder engine available in certain trims, the 740Le comes with a 2.0L turbocharged four-cylinder paired with electric motors. The powertrain is completed by an 8-speed automatic transmission.

The system has a net power 322 horsepower and 369 lb-ft, numbers that are well below those of the other available engines.

One advantage the plug-in hybrid version has over the rest is the ability to travel up to 40 kilometres on electricity alone when fully charged. However, during my week with the 740Le, the best range I ever had displayed on EV alone was 28 km.

And the instant torque when in EV mode makes driving the 740Le pretty fun (granted a V12 is obviously more potent, but for a PHEV, it’s excellent).

And on electric battery alone, the 740Le will attain a maximum speed of 140 km/h before requiring assistance from the gasoline engine.

One thing a passenger and I noticed is that it was easy to be going 130 km/h and not even realize it – a testament to both how quiet and smooth the vehicle is.

The 740Le doesn’t feel big when driving it, but it looks it – especially since the L in Le stands for long wheelbase.

The front end has a wide appearance thanks to the fluidity between the large grille and headlamp assemblies.

The eDrive badges and the door for the charge port are the only giveaways that this is a plug-in hybrid.

Inside, the one word that instantly comes to mind is opulent.

The 740Le is that and more with its abundance of high-quality materials and a superb fit and finish.

Not to mention the fact that backseat basically doubles as an office – complete with fold out table, footrest and more. Oh, and the seats give you a massage if so desired.

And if the cabin air is getting a little too stale, the simple press of a button will release a choice of scents to freshen things up a little.

Quite frankly, as much fun as driving this car is, I almost wanted to sit back and relax in the back seat and be driven around.

And each rear passenger has their very own display screen, and they are able to fully control the car’s infotainment system through the use of the Samsung tablet nestled into the rear centre console.

It also allows the control of seat adjustments, as well as adjustments to the rear air conditioning, ventilation and seat heating. The tablet can also control ambient lighting, the sunshades and more.

Up front, the driver can control the infotainment system using BMW’s Gesture Control technology. What that means is that a defined set of hand gestures can control functions like answering a call, navigation controls and raising and lowering the volume coming from the Bowers & Wilkins speakers ($4,900 option).

And the drive inside the 740Le is as smooth as the sound that comes from those speakers.

Bumps? What bumps? The 740Le seems to almost float above any undulation in the road – and there are lots of those in Montreal. You can thank the standard adaptive air suspension for that.

There isn’t much in the way of road feel, which could explain why we never realized we were driving so fast. Thankfully, the police didn’t notice either.

The cabin is whisper quiet, even when on the highway, which makes lots of sense since the rear passenger could be wheeling and dealing while you drive him or her around.

Maybe you should listen in for some stock tips so you can afford your own 740Le.