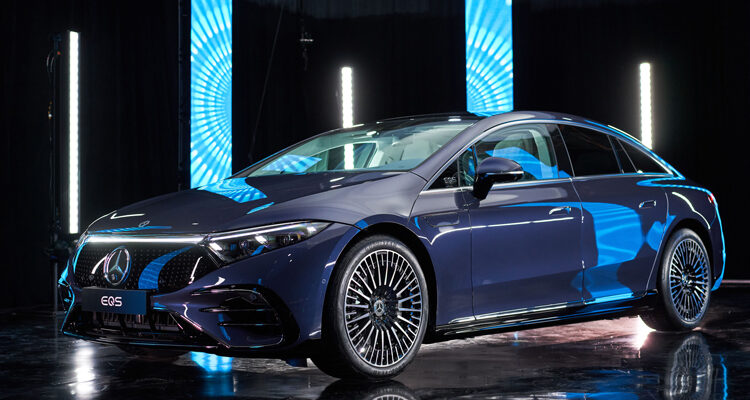 As EVs continue to proliferate, the fact remains that while manufacturers may be able to build tens if not hundreds of thousands of them, they are going to need to be charged some way, some how. Even though more EV charging networks are springing up in Canada – from Petro-Canada and Electrify Canada, to name but two – and more people are charging their vehicles at home, we continue to hear from everyone involved that a more robust charging network is required.

Enter Mercedes-Benz and its EQ line of battery-electric vehicles, a line-up that Mercedes says will have an entry “in all segments the company serves” by 2022. If you know anything about Mercedes, you know that’s a heck of a lot of segments that run the gamut from city runabouts, to hulking off-roaders, to track-searing sports coupes and sedans. That, as well as a promise to have a BEV version of every model it sells by 2025, is netting a 40 billion Euro investment.

In addition to their Mercedes me Charge network that comprises 530,000 AC and DC charge points globally, they will be partnering up with Shell to build over 30,000 more charge points in Europe, China and North America. They’re not stopping there, either. In addition to all that, they’re developing a network of premium charging sites in Europe that will include luxury lounges and more. We’re willing to bet this will make its way to North America before long. 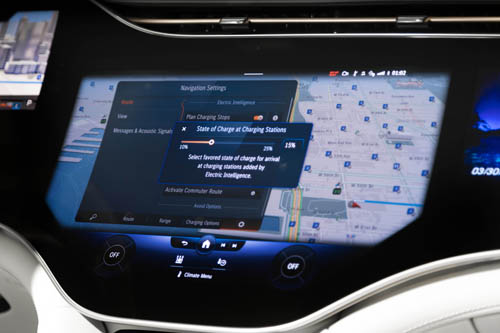 In Canada, meanwhile, Mercedes is partnering up with Flo – both for a charging network and an advanced line-up of at-home chargers — and ChargePoint to develop a range of bespoke charging facilities for all Mercedes-EQ owners with the goal of developing a plug-and-charge infrastructure that will allow owners to drive up, plug-in, charge, and be on their way. No need to fumble with a smartphone app or charging touchpad. That’s a big deal for Canadian drivers, who will have to brave some pretty harsh elements in the winter to charge their vehicles.

So, they’ve kept a keen eye on charging – but what about battery development? The more we hear about EVs, the more we see the need for additional batteries. In that light, Mercedes plans to set up eight Gigafactories – like Tesla and more recently, Stellantis – to develop battery cells.

They’re going to need that production if they actually plan on following through with the Vision EQXX concept, which is a car that they say has a real-world range of 1,000 km. That 1,000 km figure could really be a benchmark. Indeed, it is rare that anyone would drive 1,000 km a day, so if there is an EV car that can achieve this kind of range, almost everyone should be well covered for any journey. Yes; the large batteries required for that kind of range – in today’s world, anyway – would require a long charge time. But if you’re already working with 1,000 km to start, then the need to recharge at all becomes less and less. This in turn would mean the issue of there not being enough charging points could be greatly reduced.

Mercedes plans are aggressive, but it proves their dedication to making it easier for EVs to continue strengthening their foothold in a changing marketplace. As the world moves towards an EV future for driving, Mercedes seems poised to take full advantage.