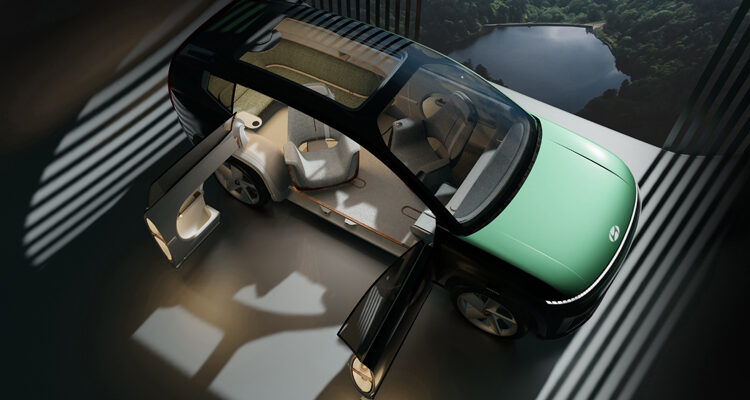 As the automotive world continues to barrel towards a zero-emissions future, Hyundai is moving in lockstep. What started as the Ioniq compact sedan has morphed into the Ioniq5 compact EV CUV and will continue with this: the SEVEB SUEV concept, debuting at this year’s Los Angeles International Auto Show (remember auto shows? Well they’re BACK!) 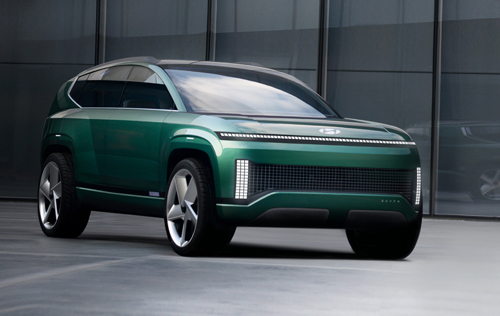 The SEVEN is just a concept for now, but according to the manufacturer, it does preview an SUV that’s larger than both the Ioniq5 and the Hyundai Palisade. So, while Hyundai hasn’t yet mentioned how many the SEVEN will seat, you can guess from both the size and the, you know, name that it will seat seven and likely form the basis of the upcoming Ioniq7 SUV, due sometime in 2023-24.

Or maybe the actual seating number doesn’t really matter because the SEVEN features a modifiable cabin (accessed via opposite-hinged or “suicide” doors) with sliding centre console as well as well as free-flowing seating to provide a lounge-like atmosphere. A similar thing was presented on the Ioniq5 concept and while you have to look pretty closely at the production version of that car to see anything that resembles the concept’s interior, some of the facets did make their way to production so expect a similar treatment for the Ioniq7 when it debuts.

The cherry on top of this “lounge on wheels” is a retractable control stick that serves as the only driver control; there is no steering wheel because like EV, the other buzzword these days in the automotive world is “autonomous” and so the SEVEN is taking focus away from traditional drive controls. Oh, and there’s also a mini fridge. Which is nice.

It comes as little surprise that the interior is finished with many recycled materials – bamboo, mineral plaster, something called bio resin and a few others. What is surprising, however, is the fact that the most used surfaces are anti-bacterial and there’s a Hygiene Airflow System that helps prevent not just harmful particles from entering into the cabin, but also cross contamination between passengers inside as airflow is isolated between front and rear occupants. 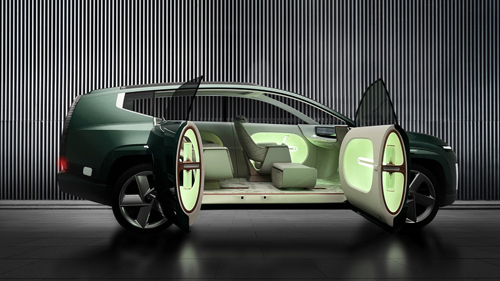 Hyundai is being coy on actual power ratings for the SEVEN’s E-GMP platform, but it did say that range should exceed 300 miles (483 km) and thanks to its ability to accept 350 kW charge rate, it can be charged from 10 to 80 per cent in 20 minutes. Power-wise, if the Ioniq5 is anything to go buy, expect something in the 250 horsepower, 500 lb-ft of torque range.

Watch this space for more details on the SEVEN and Ioniq7 as we move closer to 2023.