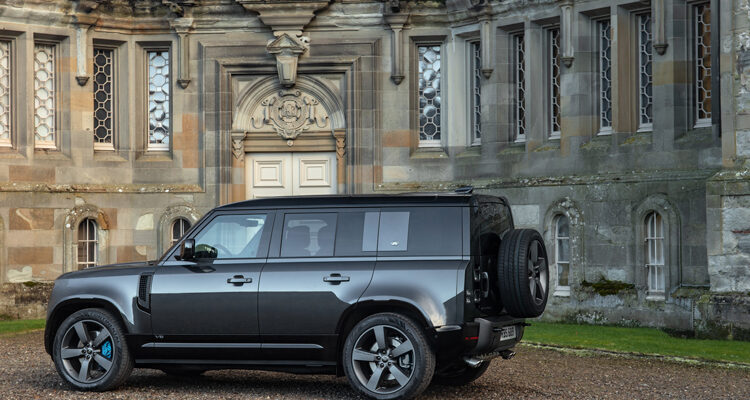 The newest addition to the long-running Land Rover Defender is already making waves – fans and journalists alike across the globe are raving about its return, as it has managed to arrive looking very much like it always has, but with a few modern tweaks here and there to bring it up to speed. It’s still immensely capable – the ability to ford through 900 mm of water, huge wheel articulation, great off-road chops, four and two-door versions and so on – but now has the luxury required to compete in the segment. It has head and legroom that older Defenders could only dream about, great tech inside (Old Defender: “Tech? What’s that?”) that includes the latest and greatest in Jaguar/Land Rover’s infotainment arsenal and smooth, turbocharged powertrains of the four or six-cylinder variety.

The thing is, while it’s capabilities equal and even eclipse those of the old, much loved Defender, it’s been missing one crucial ingredient that many old Defenders possessed: V8 power.

Well, that’s all about to change with the arrival of the 2022 Defender V8, whose supercharged eight-banger provides 518 horsepower and 461 pound-feet of torque, up from 395 and 406 respectively on the V6 model. It will be available in both the 110 and 90 models and will be good for a sub-five-second 0-96 km/h sprint in the smaller Defender 90.

In addition to that, Land Rover is releasing a Carpathian Edition of the truck that adds all sorts of nifty styling and colour choices as well as a recyclable PU-based wrap that protects against parking lot dings and so forty. Now, that may seem a little oxymoronic considering the Defender’s rough-and-tumble digs and history (it has, after all, been used by the military and farmers alike), but this latest version of the Defender competes with vehicle from both the off-road and luxury realm, so it seems the manufacturer needs to provide as much variety as possible.

The engine isn’t the only add to the Defender, either; along with it comes unique transmission and suspension tuning as well as an electronic active rear differential. The Terrain Response drive mode system also sees the addition of a Dynamic mode to best exploit the new truck’s capabilities.