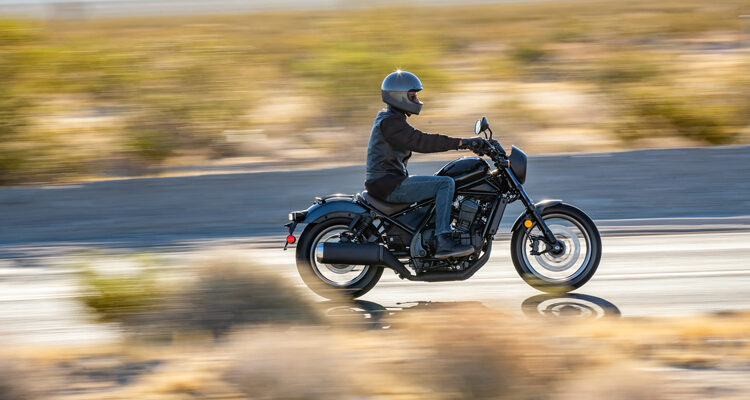 The Honda Rebel has long been celebrated as an ideal option for new riders. Good looking, reliable and small in both engine and stature it was a natural choice for those starting a life on two wheels. Its only downside was that the 300cc and 500cc engines powering them were sometimes perceived as being a bit too tiny to appeal to larger audiences (which really shouldn’t be the case given even the 300cc version can easily loft a front wheel).

To reach those riders looking for more, Honda has pulled the wraps off of the all-new 2021 Honda Rebel 1100 (CMX1100). Powered by a retuned version of the parallel-twin cylinder engine that resides in the Africa Twin, Honda’s newest Rebel also adds selectable rider modes (Standard, Rain, Sport and User), traction and wheelie control as well as an optional DCT transmission. For those of you still happy to swap your own cogs, a six-speed manual option will also be available.

Styling for the new 1100 matches the bobber look pioneered by the current generation of Rebels. Personally, I dig the look but even more important is that Honda has maintained the modularity of its design, so those looking to customize will be pleased to know that you won’t need to break out torches and grinders to make this Rebel your own.

Power numbers haven’t been provided by Honda, but I’d expect the retuned mill to generate roughly 90-ish PS but have peak torque arrive a bit lower in the rev range to allow for a more laid back cruiser attitude. Surprisingly, Canadian pricing hasn’t been released yet but if you reside stateside, expect to pay between $9,299 (standard) to $9,999 (DCT model)

Once we’re able to swing a leg over this new CMX1100, I’ll be happy to fill you in on everything else… including whether it (or I) can still get that front wheel in the air.