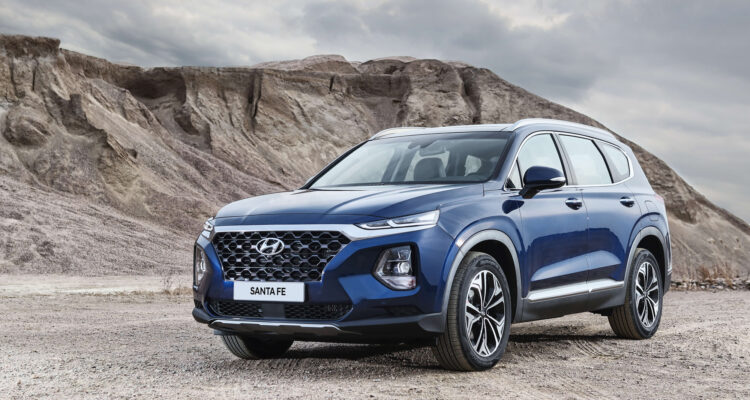 Mid-size SUVs are some of the most popular vehicles on our roads these days and the competition among the many good vehicles in the segment is intense.

With so much choice out there, automakers are constantly looking for a way to stand out, be it through design or features.

Sometimes, it can be both. 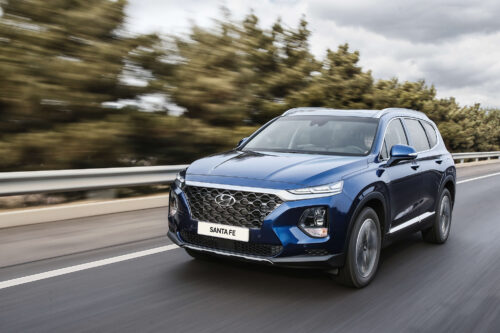 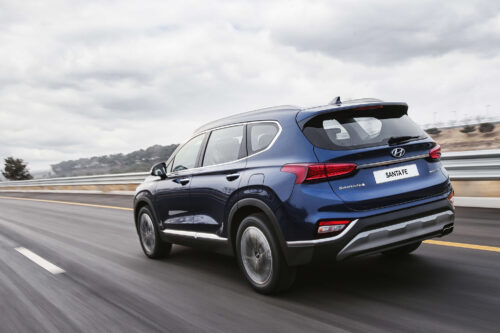 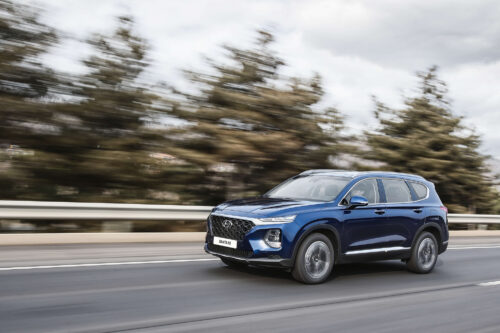 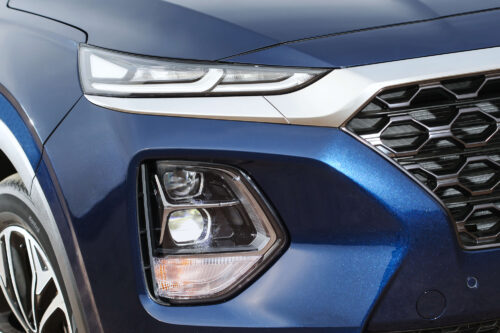 That is something Hyundai seems to be striving for with the 2019 Santa Fe, the fourth generation of the popular 5-seat SUV.

It has a bold and stylish new look, featuring a large front grille, as well as a redesigned interior that has lots of nice touches.

The naming convention was also rethought a bit.

The five-passenger variant formerly known as the Santa Fe Sport, is now just the Santa Fe.

The seven-seat Santa Fe XL remains on sale in Canada as a 2019 model, but without the new look. The reason for that is the fact Hyundai is developing an all-new three-row, 8-seat SUV.

In the redesigned Santa Fe, Hyundai has introduced some new safety features that are definitely nice to have. For starters, there’s the Rear Occupant Alert system that monitors the rear seats to detect passengers and alert the driver that there are still passengers in the rear seat when leaving the car.

We have all heard enough horror stories about children dying in cars after being forgotten there by their parents. This would help prevent that.

Then there’s something called Safety Exit Assist. This senses when vehicles are approaching from behind and temporarily lock the doors so they can’t be opened until it is safe to do so.

While they won’t be something owners might use every day, it’s a bit of an extra safety net for your family.

The Santa Fe starts at a reasonable $28,999 but prices do escalate as you move up through the trims. Our tester was the top of the line Santa Fe Ultimate 2.0 Turbo at $47,668.

The Santa Fe currently has two available engines (a diesel is on the way), with the tester featuring the 2.0-litre Turbo 4-cylinder engine, which is paired with an 8-speed automatic transmission.

The engine delivers 235 horsepower and 260 ft-lb of torque, which seem like good numbers for the Santa Fe, but it did sometimes feel a little underpowered.

Fuel efficiency is estimated at a combined 11.2 litres per 100 kilometres. Unfortunately, our time with the Santa Fe didn’t comes close to that, returning an average of 12.6 L/100 km.

The 2019 Santa Fe’s redesign follows a theme you see more and more of in the auto world today, including some of Hyundai’s other models.

The front fascia is dominated by a large grille that meshes right into the twin headlamps that combine the LED daytime running lights and LED headlights.

Seen in silhouettes, there’s a bold character line that stretches from the headlights and to taillights, as well as some nice curves in the side panels, to give the Santa Fe an appealing appearance. It’s a positive change when compared to the outgoing model. 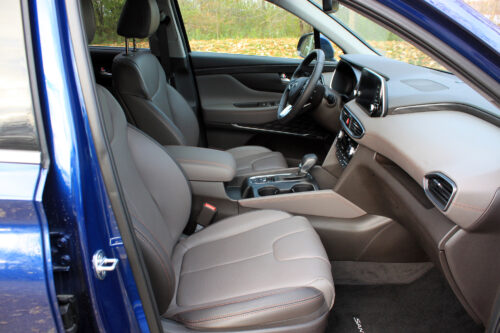 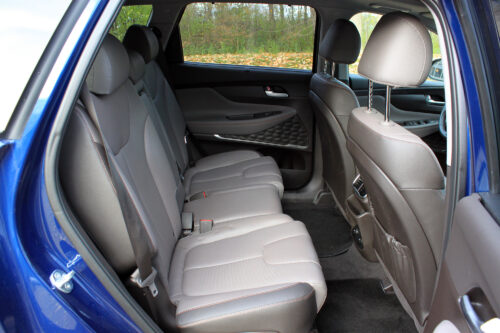 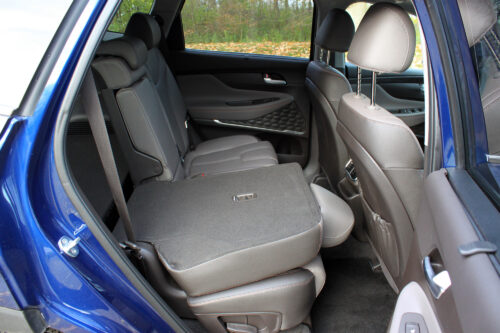 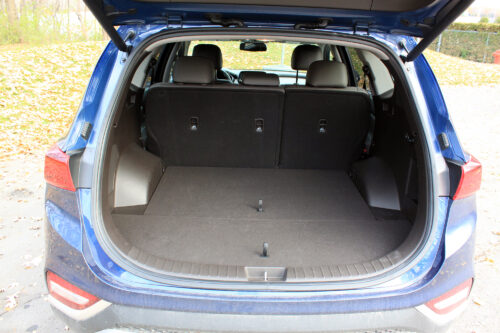 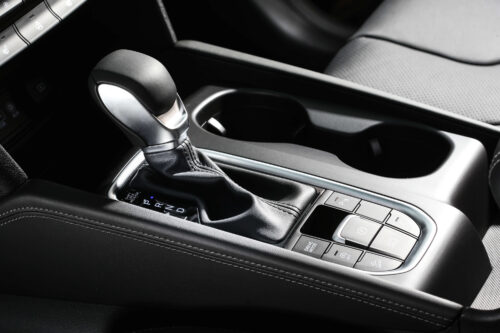 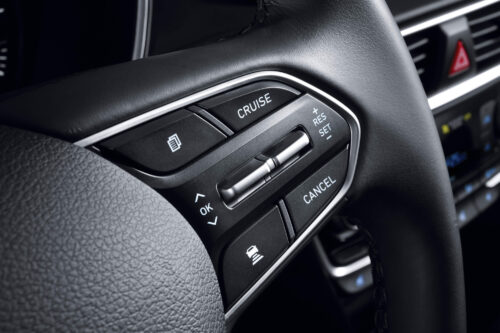 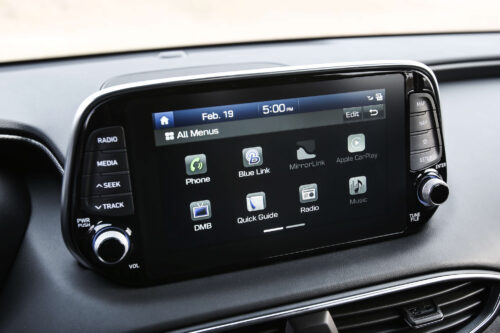 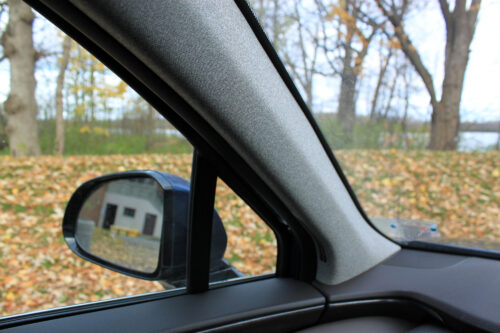 Another progressive change is the Santa Fe’s interior, which is now a more modern and roomy place. The horizontal layout of the dash makes it feel wider, and the multi-layered approach gives some depth.

There’s also colour-contrasting stitching around the instruments and seat piping to add a bit of luxury to the cabin.

And the material used for the A pillars and roof liner is quite nice and not the usual fabric seen in most vehicles in this category.

The infotainment screen is angled slightly to reduce glare. Standard screens are of the 7-inch variety, which is increased to 8-inch in the Ultimate trim we tested.

All Santa Fe models are equipped with Apple CarPlay and Android Auto, while the Ultimate also gets wireless charging for your portable devices and a navigation system.

A nice head up display system completes a comprehensive package of features for the infotainment system.

Out on the road, the Santa Fe is a pretty smooth ride. There’s not much intrusion in the cabin from wind and road noise, and road vibrations are also kept in check for the most part.

However, it does sometimes feel a bit sluggish to get moving – until the turbo spools up. Once that happens, the Santa Fe has little trouble getting up to cruising speed.

In addition, it comes with Hyundai’s HTRAC all-wheel drive system, which allows the driver to select between Normal, Sport and Smart modes.

Overall, the all-new Santa Fe is a worthy adversary in the increasingly competitive sport-ute market.