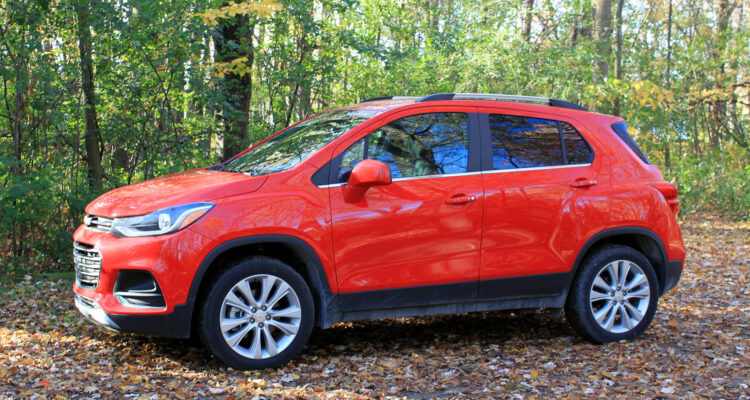 Recent experience with several different products from General Motors left good impressions on me after a week behind the wheel, which is I guess possibly why I was a little disappointed in the 2017 Chevrolet Trax.

The compact crossover is up against some tough competition in its segment and it faces an uphill battle against most of them in my view. 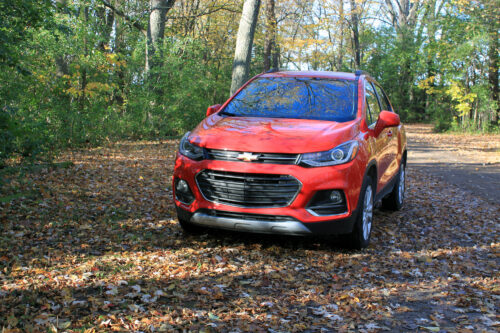 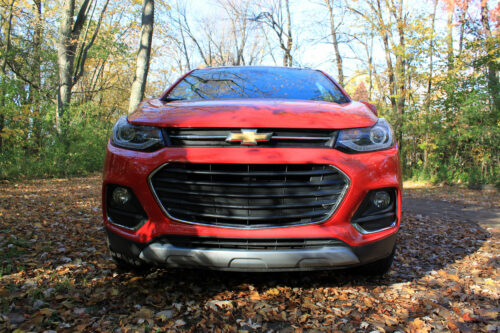 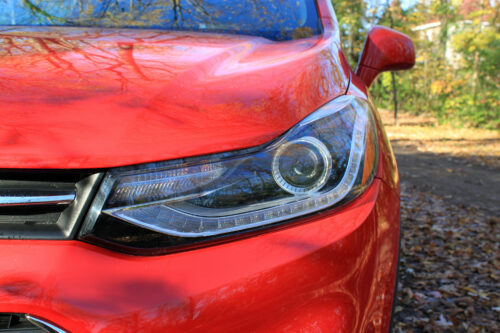 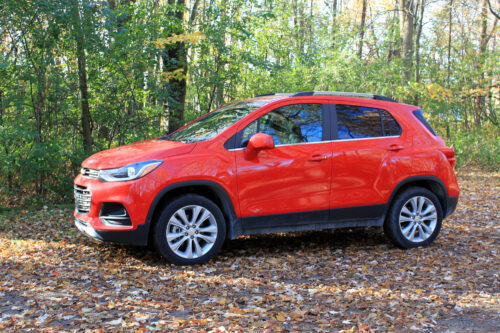 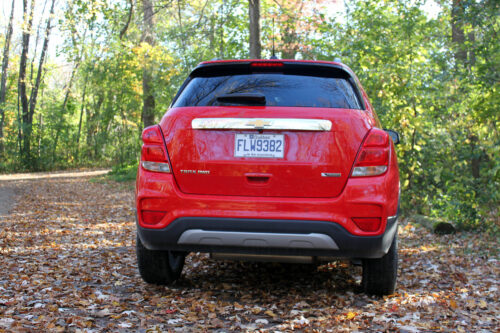 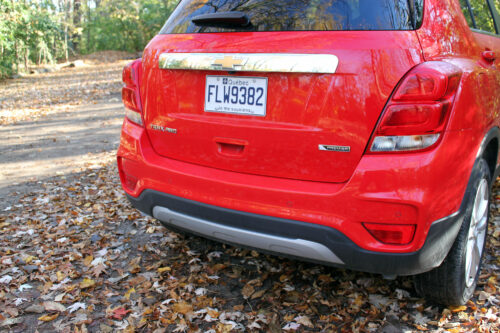 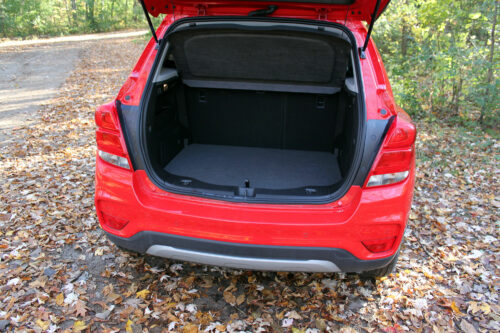 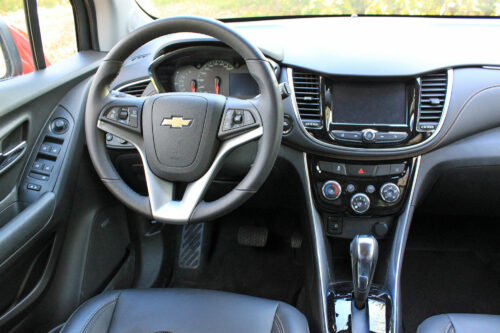 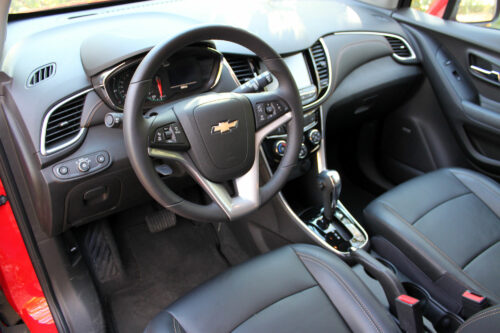 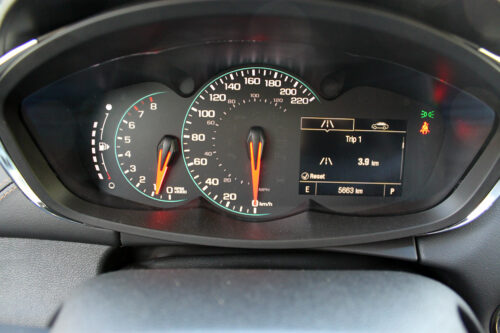 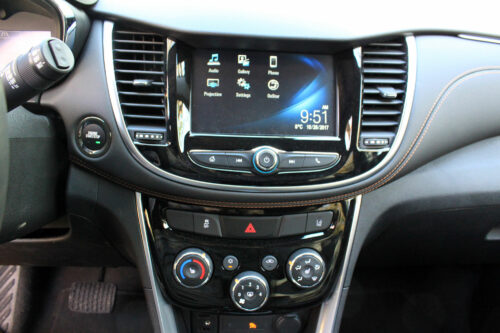 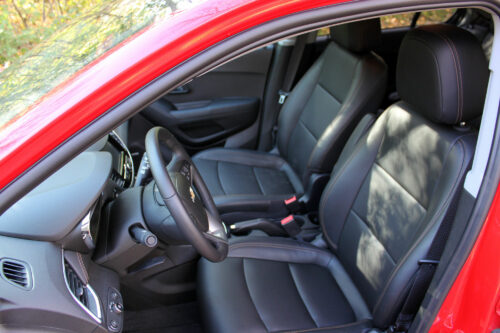 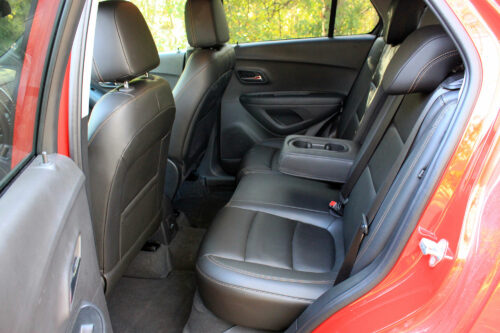 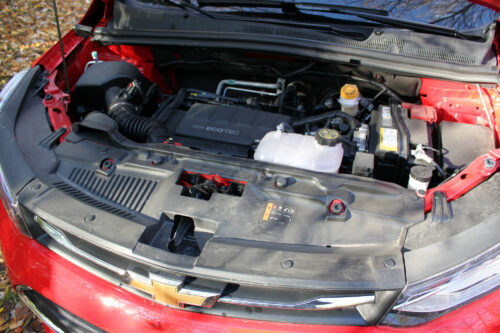 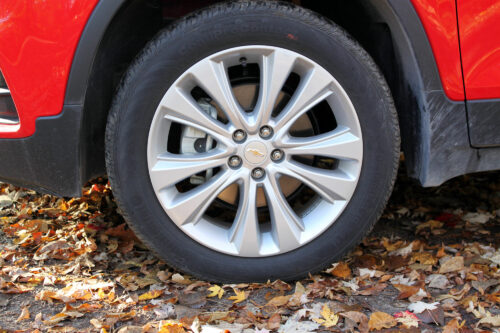 Speaking of going uphill, the Trax’s engine definitely sounds like its labouring at times.

The 1.4-litre turbocharged four-cylinder engine (the same one found in the Sonic) is not what you would call potent.

It produces 138 horsepower and 148 ft-lb of torque, and is paired to a 6-speed automatic transmission.

There is some definite turbo lag and it did little to impress my passengers, who remarked more than once on how loud it sounded.

The combined fuel economy rating of the engine is 8.8 litres per 100 kilometres, however I was quite a bit above that with an average of 10.7 L/100 km.

In terms of styling, the Trax fares better, and has received some updates for the 2017 model year.

That includes a revised fascia and grille, new headlights – including halogen headlights with LED accents in the LT Premier trims.

At the back, the rear fascia is also redone, as are the taillights and dual exhausts.

It’s not going to stand out in a crowd, but it isn’t an offensive look either.

The interior is also revised, including a new dashboard and instrument cluster.

Ventilation controls, using large dials, are easy to operate, although it took me a few days to figure out that the button to turn on the heated seat was actually the centre part of the dial that controlled the air temperature. That one was clearly on me, though.

And while the interior was revised, it still left me feeling a tad underwhelmed.

The last few GM products I have tested have stepped up the game considerably when it comes to interior design, comfort and materials. But the Trax really lags behind in all three.

A case in point about the materials and the quality of the fit and finish is the fact that twice in the span of my week with the Trax, I had a piece of the rear hatch literally come off in my hand.

When going to close the hatch, there’s a space notched out for your hand so you aren’t forced to get your fingers dirty, which is great.

What isn’t so great is that the plastic liner that is inserted into the opening is not permanently fixed into place, so it kept falling out – at once point, it went under the car in a rainstorm so I was on my knees trying to get it from under a very wet vehicle. Not fun.

A screw or a dab of glue would be such an easy fix for this issue.

At least the cargo space that lies behind that lift gate is decent for a vehicle this size, especially compared to some others in the segment.

The Trax gains a few points in my books thanks to its updated infotainment system.

It comes with a 7-inch infotainment screen and includes Apple CarPlay and Android Auto compatibility.

The system is straightforward and easy to operate, with the bare minimum of physical buttons around the screen.

Most of the controls are on the touch screen, which makes for a clean look.

However, I was unable to operate the system with my (leather) gloved hand on a cold day.

That’s a small annoyance, though.

A bigger one is the turbo lag that is clearly present at just about every turn.

Coupled with the aforementioned noisy engine, it makes the drive less than pleasant, especially in stop and go city driving – the main area such a small crossover should be most at home given how easy it is to park with its footprint.

There was no issue with the transmission and the Trax felt competent out on the highways, with the all-wheel drive system a welcome addition, especially in colder weather conditions.

The starting price of just over $22,000 will certainly entice some buyers, but our tester was quite a bit more than that at $34,095.

The Trax has some redeeming qualities, but with so many options out on the market, I am not sure how much traction it will make with consumers.