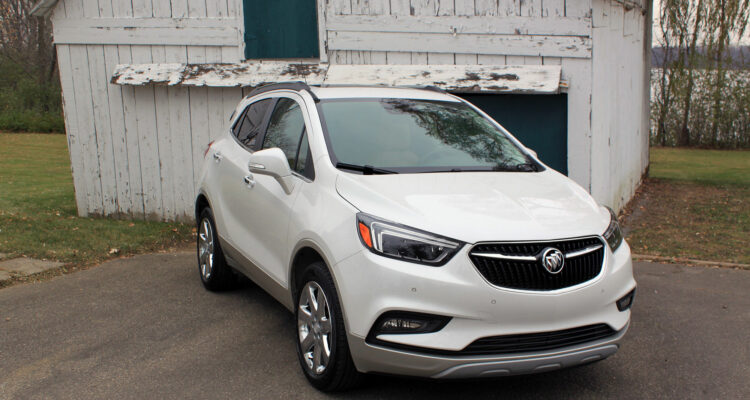 They may have many similar components, but there’s a very different vibe between the Chevrolet Trax and the 2017 Buick Encore.

The disappointment after driving the Trax left me with a feeling of trepidation about the Encore, but I should not have worried.

While they look similar, the experience is not. 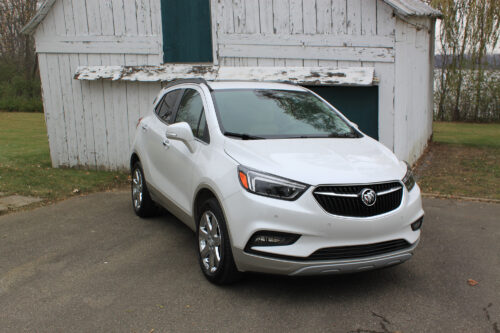 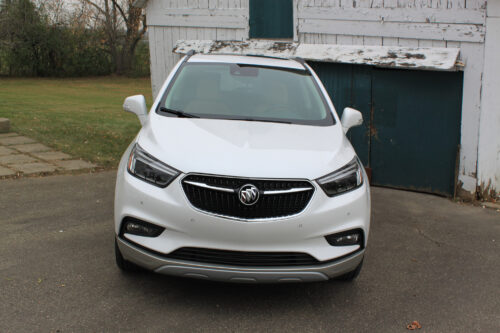 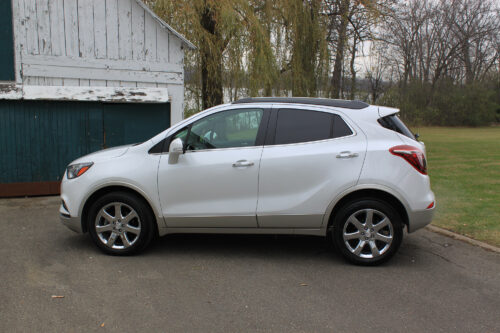 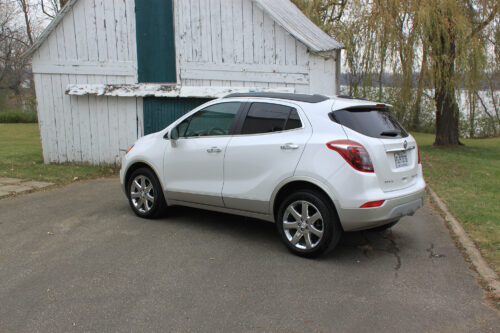 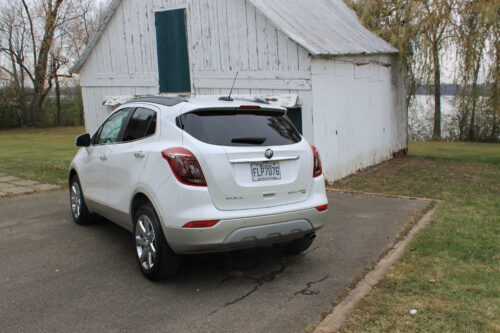 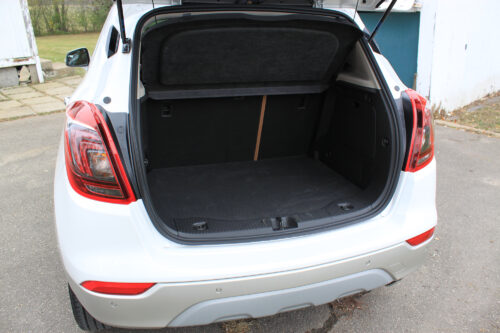 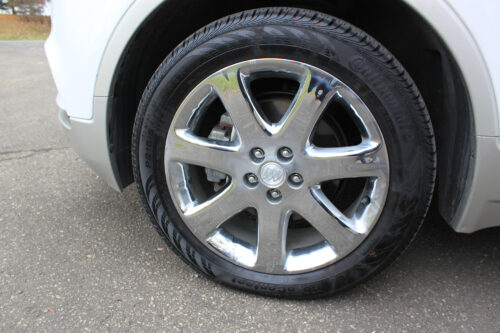 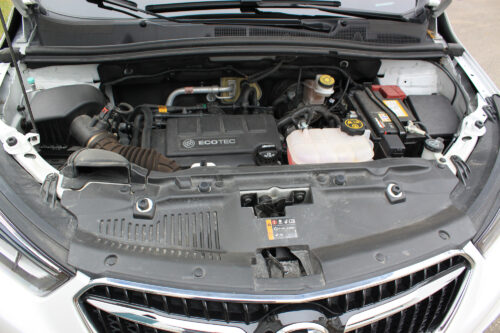 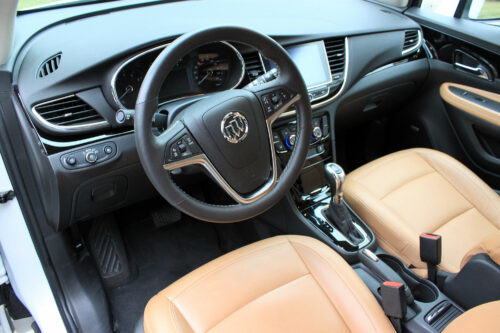 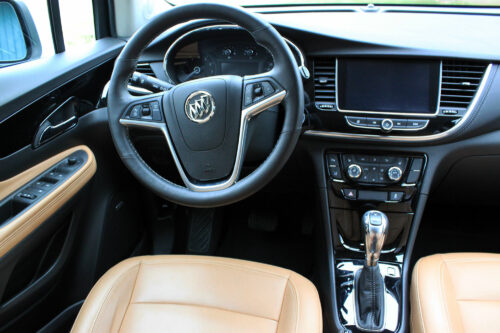 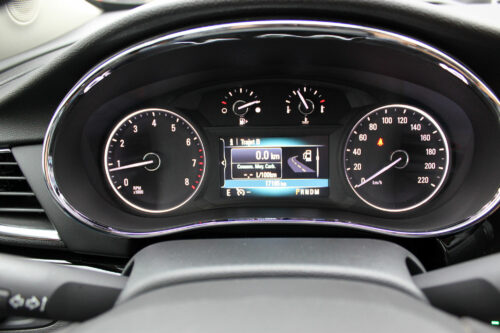 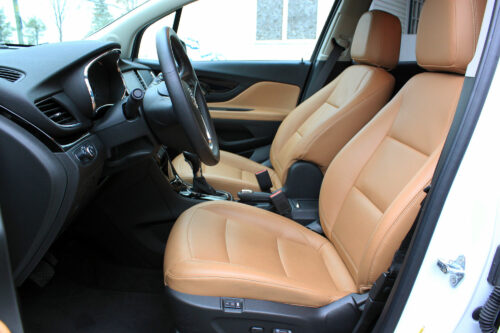 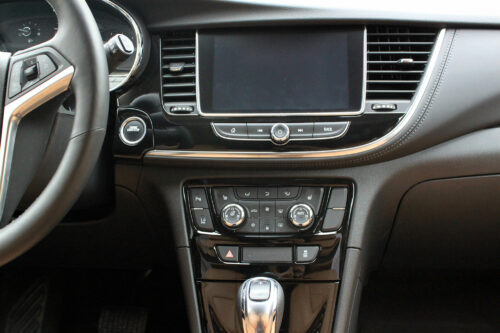 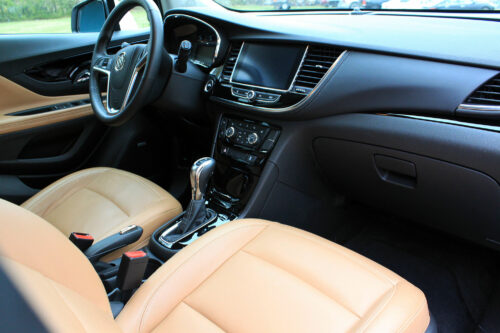 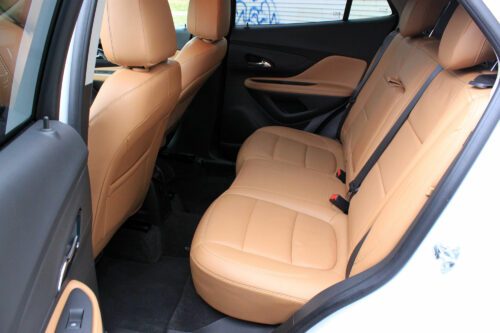 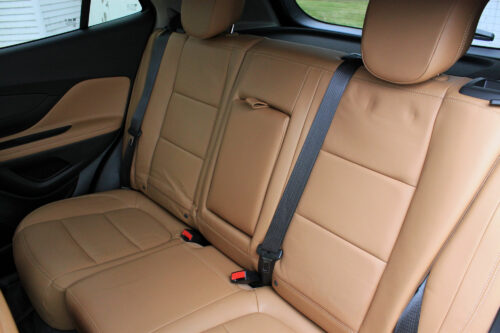 The engine in the Encore is ostensibly the same 1.4-litre turbocharged four-cylinder, but the Buick’s has more power.

The combined fuel economy in the Encore is estimated at 8.8 litres per 100 kilometres, but my average was significantly higher at 10.3 L/100 km, so that was a bit of a downer.

The Encore’s exterior was give a refresh for 2017, with the Encore getting a new front fascia that includes a new-look chrome grille and LED daytime running lights. Higher trims also get LED headlights.

Our tester’s look was capped by optional 18-inch seven-spoke chrome wheels, which stood out nicely against the white exterior colour.

The Encore’s interior was also given an upgrade for 2017, and the materials are a definite upgrade over its Chevrolet cousin.

For starters, the two-tone colour scheme of the interior gives it an upscale feel. In the tester, it was a Brandy/Ebony mix, rich hues that work well together.

Furthermore, the centre stack layout has been simplified and the large display screen looks and feels more modern.

The seats are comfortable and heated, and the passenger compartment is a pleasant environment.

It is basked in natural light thanks to the sunroof, which is part of the Experience Buick Package, a $2,890 option. It also includes an upgraded radio with the larger eight-inch touchscreen, Apple CarPlay and Android Auto, as well as the aforementioned wheels.

The infotainment system uses the Buick Intellilink interface, which is pretty intuitive to use and the large screen makes things easy to read. It does not work with a gloved hand, however.

Backseat legroom is on the tighter side, especially for the long-legged among us, and there is a decent amount of cargo space, which also benefits from the folding rear seats.

Available in either front-wheel drive or all-wheel drive like our tester, the Encore has a setup that is suitable for many buyers.

Power from the turbocharged engine is okay but not great, however given that the Encore is likely to be a city driver, it’s probably enough for most consumers.

The six-speed transmission is a little sluggish for my liking, a familiar refrain with some GM models. The manual function on the transmission, that would let you force the gear change, is done via button on the shifter and not paddle shifters. Already not a fan of paddle shifters, the button shift is even more of a fly in the ointment.

The cabin can get a tad noisy when you are pushing the engine hard, but under normal conditions it is not too harsh.

Overall, however, the Encore left a good impression in my mind. It looks nice from the outside, has a very nice interior, at least in the AWD Premium trim I drove, and the drive is pleasant if not unspectacular.