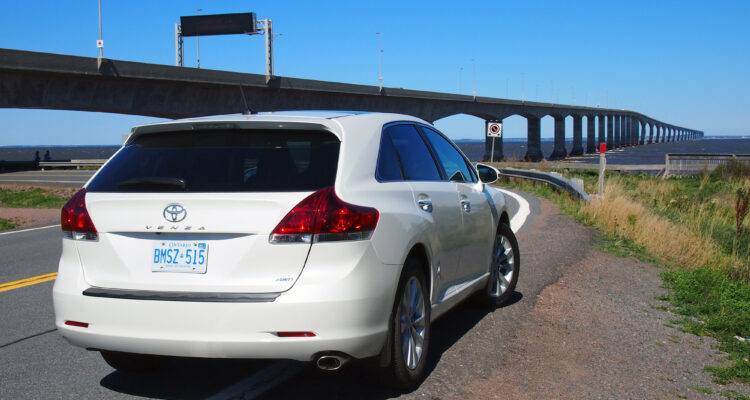 Weekends: No man is an island, but staying on one is fun!

There is a saying you hear while in Prince Edward Island that speaks to the heart of everyone born on this large sandbar in the Atlantic Ocean. Visitors are referred to as having “come from away”. It is meant as a greeting in the kindest sense and as reminder that only a special few have the privilege to call PEI home. Arriving via the Confederation Bridge driving a 2013 Toyota Venza, the idea of a Japanese multi-purpose vehicle on the far side of Canada brings a whole new meaning to the term “come from away”.

Available in either four or six cylinder configuration, our 2013 Toyota Venza is equipped with a DOHC 16-valve 2.7-litre 4-cylinder powerplant and all-wheel drive. Performance numbers indicate 182 horsepower at 5,800 rpm and 182 lb.-ft. of torque at 4,200 rpm. Stopping power is very good with disc brakes all around, ABS, EBD and Brake Assist standard. 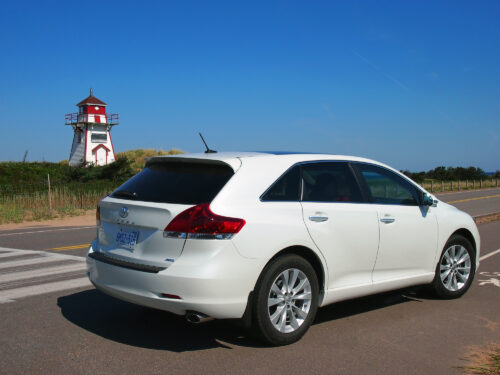 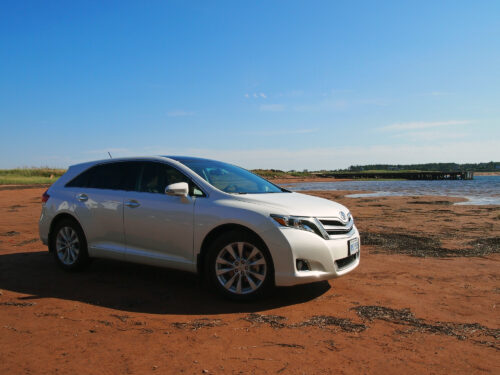 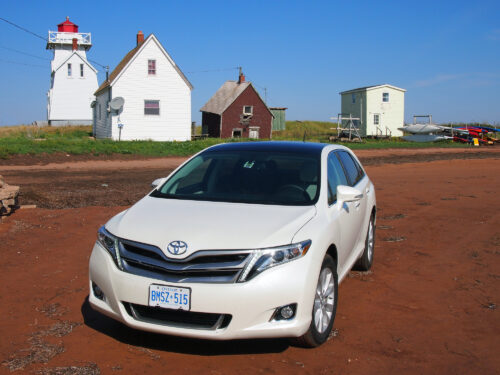 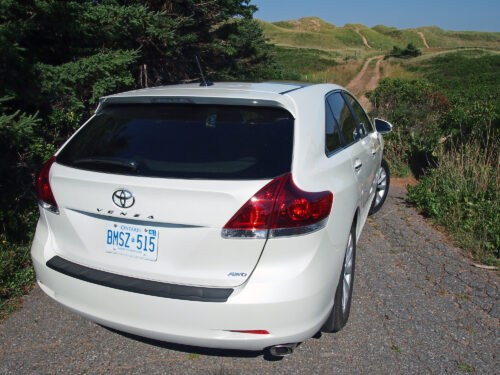 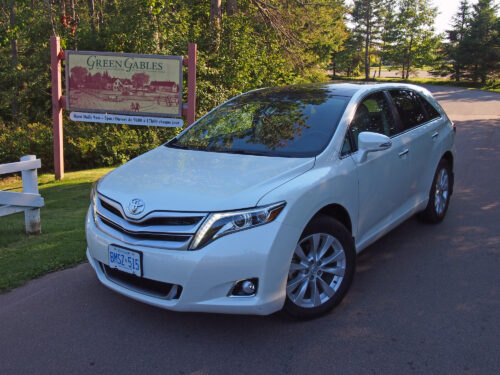 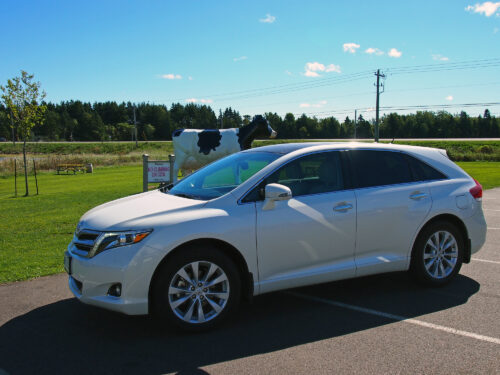 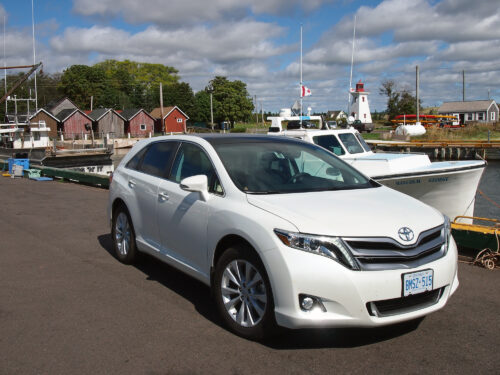 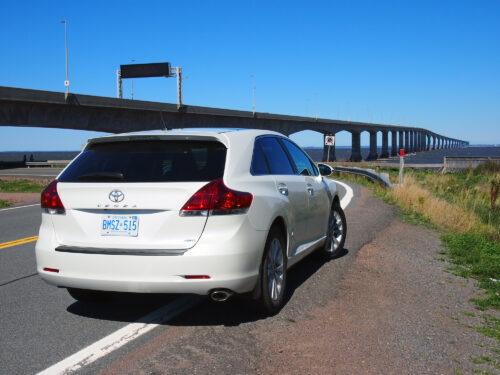 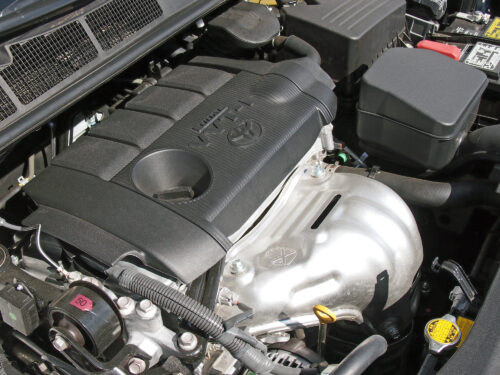 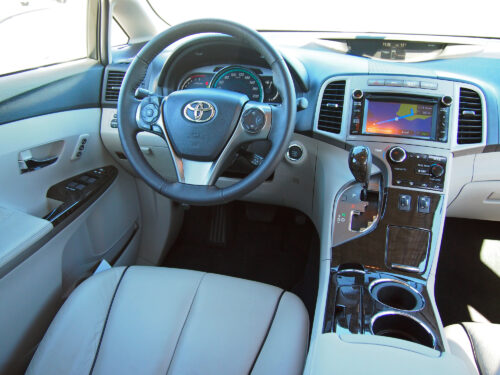 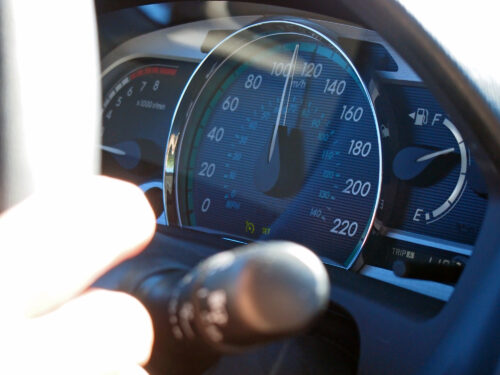 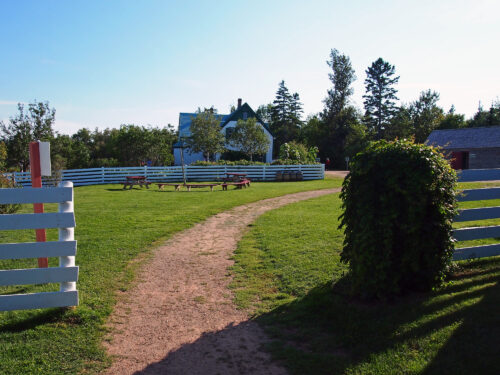 Macpherson strut front and rear suspension, 19” aluminum alloy wheels and all-season tires, plus the standard 3-spoke tilt/telescope steering wheel, keep you planted to the pavement. Weighing 2,340 kg, there is the potential for this particular engine and chassis combination to feel overwhelmed. Surprisingly, we never experience a moment’s hesitation. Even while exploring the diverse nature of PEI’s connecting roads (asphalt, gravel, dirt), the Venza AWD holds true. Hugging the coastline, I am encouraged on several occasions to go ahead and give it some gas!

Inside, creature comforts for the road include dual-zone climate control, an excellent audio system with 6-speakers and supportive seats. Our vehicle is equipped with the optional Touring Package. It adds Navi, leather, power passenger seat, front heated seats, panoramic glass roof and a host of extras appreciated on our five day exploration of Prince Edward Island.

Timing is the key to any great trip and ours is planned to coincide with the annual Fall Flavours Festival. In particular, our focus is on the PEI International Shellfish Festival located in the capital city of Charlottetown.

Here over the course of several days, we will learn the fine art of eating seafood, harvesting oysters and mussels, farming potatoes and much more. Officially, I also have the privilege of judging the PEI Oyster Grower of the Year competition along with Chef Michael Smith and Chef Alain Bosse. Shucks! And here I thought it might be difficult to eat more than a dozen oysters in one setting. It isn’t and after listening to the experts and adding my remarks, a winner is selected.

The hotel of choice for our destination is the Holman Grand located across the street from Province House, the birthplace of Confederation. The first new hotel built in Charlottetown in the past 25 years, a total of 80 guest rooms feature modern accessories, pillow top beds, 42” LCD TV’s and full-length windows looking out on the downtown core.

Free wireless is included and there is a purpose-built exercise room and indoor heated swimming pool. As someone “come from away” it has everything needed for the vacation or business traveller. Dinner this night is served at the award-winning Lot 30 restaurant. The specialty on this day is fresh PEI tuna!

Over the course of five days, we experience much of what the island has to offer. Side trips are many and the 2013 Toyota Venza is a willing companion. Digging for spuds at Visser Potato LTD in Victoria-by-the-sea is a highlight. Nowhere else but on PEI are conditions so perfectly suited for growing various crops.

So too the oysters we uncover at Raspberry Point Oysters. A boat ride on the cool waters of PEI demonstrates clearly why a Prince and his new bride would make this one of their first stops after the royal wedding at Westminster Abbey. Later, we experience mussels at a growing and processing plant.

No trip to PEI would be complete without attending the theatrical production, then taking the scenic drive to the home of fictional character Anne of Green Gables. The entrance is tight and winding, but the Venza burns through pavement, arriving just ahead of a tour bus crammed with sightseers come from far, far away. Let the race to the ticket booth begin!