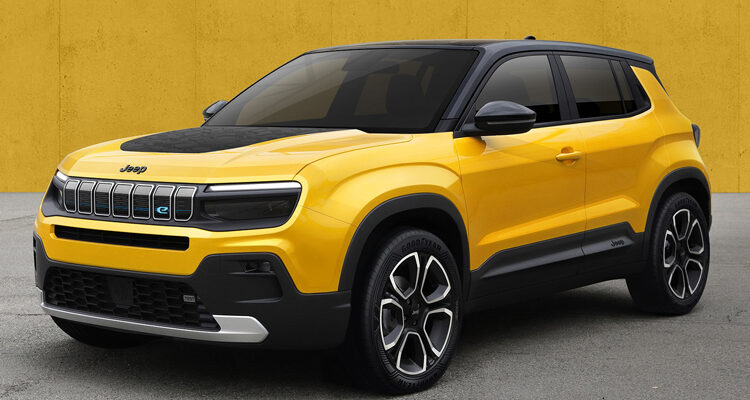 This Week In Trucks: Volume 6

During the Stellantis Dare Forward 2030 presentation held on Tuesday, which laid out some of the company’s mobility plans for the remainder of the decade, one of the nuggets revealed was the launch of a fully electric Jeep crossover next year. The only thing shared so far has been a couple of pictures — there’s no indication which markets the vehicle is destined for, or even the size — but it sure looks cool.

A reinterpreted blacked-out solid signature seven-slot grille complements the dark accents found all over the exterior from the roof to the wheels. The Jeep has a wide appearance, boasting muscular body panels, and kind of resembles a lovechild between the Grand Cherokee and Renegade. Stay tuned for more news to come in the coming months.

Enthusiasts have been pining for a smaller version of the legendary F-150 Raptor and Ford is finally answering the call with the debut of the 2023 Ranger Raptor. This spicy pickup packs quite the punch under the hood utilizing a 3.0-litre twin-turbocharged EcoBoost V6 engine making 391 horsepower and 430 lb-ft of torque (preliminary specs as the Canadian model has yet to be officially announced).

As interest in EVs continue to ramp up at a fervid pace, all eyes are on Kia’s anticipated EV6 battery electric vehicle that will be in dealerships later this month. Available in both rear and all-wheel drive with a multitude of different motor options, range is rated from 373 kilometres to 499 depending on trim. For Canada specifically, a heat pump system is optional to maintain optimal travel distance even in low-temperature environments.

Pricing for the zero emissions crossover is as follows: