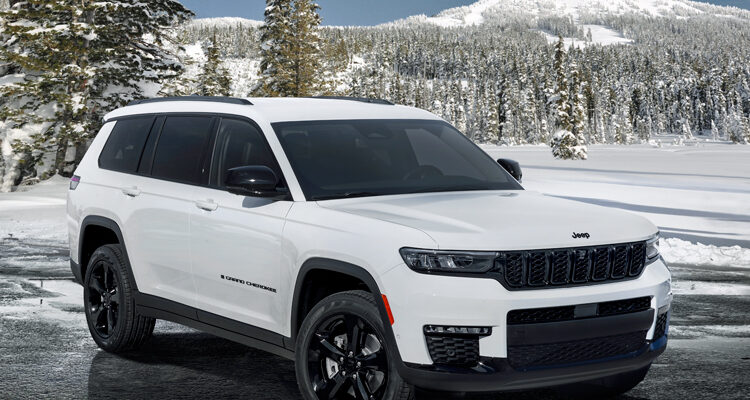 This Week In Trucks: Volume 5

No shortage of stories exists regarding the new Ford Bronco’s off-road prowess. However, there’s always room for improvement, as the latest Everglades special edition shows.

Allowing drivers to venture even deeper into the wilderness, this new model introduces a snorkel that runs up the passenger-side A-pillar. The addition helps raise the engine air intake to avoid dust, snow and water encountered during trail runs, and is easily reversible to change the direction of the inlet based on environmental conditions.

And no vehicle shall be left behind thanks to the ZEON 10-S WARN winch, mounted to the modular front bumper, featuring 10,000-pound capability and a 100-foot synthetic line.

The 2022 Jeep Grand Cherokee L, which is the first-ever three-row version of the SUV, is giving customers a stealthier option with the $1,795 Limited Black Package. Debuting at the recent Chicago Auto Show, the special exterior treatment includes blacked-out 20-inch wheels, roof rails, badging, and a completely darkened signature seven-slot grille.

Selec-Terrain traction management is standard to optimize the 4×4 system for a variety of different driving surfaces, for example rock, snow, mud/sand and others. The Grand Cherokee L Limited Black Package is available for order at dealerships now.

Ram Truck invites fans of the brand to join the Ram Revolution, an exclusive insider program providing updates on the brand’s journey toward electrification.

So far the only thing shared on the site is a graphic outline hinting at what the 2024 Ram 1500 Battery Electric Vehicle may look like, as well as a teaser video, though regular updates are expected. Consumers will also get the opportunity to provide input on the development of future EV pickups.

The company has committed to a full portfolio of electrified solutions for all its segments by 2030.

We’ve seen a upgraded-for-off-road Ranger before – the Tremor – but that was more a trim package with a few tweaks. Now, however, Ford has gone whole hog and debuted this off-road beast: the next generation of the Ranger Raptor. We say “next” but that’s only the case if you’re in North America as a Raptor version of the current Ranger has existed in other markets.

Power comes courtesy of a twin-turbo 3.0-litre EcoBoost V6 – that’s an engine we’ve never seen before in a Ranger – capable of 392 horsepower and 430 pound-feet of torque. It should come as no surprise that all that grunt is fed to all four wheels via a 10-speed automatic transmission. There are a whole host of other powertrain upgrades including an all-new two-speed electronic transfer case and front and rear locking differentials. Suspension upgrades include Fox internal bypass shocks specially configured to avoid bottom-out scenarios as well as a Baja mode first seen on the F-150 Raptor.

Styling changes include an all-new front fascia with c-clamp headlights, flared wheel arches, and massive “FORD” scripting on the grille.