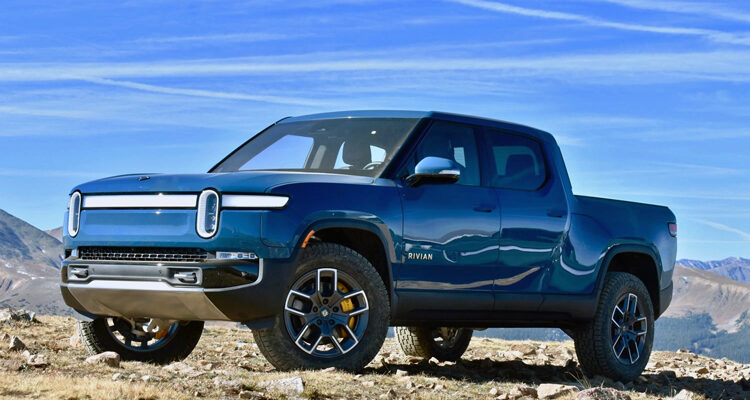 Rivian, the California-based manufacturer of electric adventure vehicles, officially expanded its footprint into the Canadian market this month.

Deliveries are beginning to take place in B.C., which is the first satellite region outside of the U.S., and the western province is also home to its vehicle management software team based in downtown Vancouver. The automaker is planning to open a series of service centres in the area as well, where owners can take delivery and receive support.

Two off-road-ready EVs are currently available in the lineup: a zero-emissions pickup truck and an SUV, both featuring dual motor all-wheel drive and a 0 to 100 km/h time of around three seconds.

Visitors to the LA Auto Show were treated to an up close look at the VinFast VF 6 and VF 7, which are the smaller siblings of the already launched VF 8 and 9.

The former is a subcompact measuring 4,238 millimetres in length and boasts the most aggressive interpretation of the brand’s signature winged LED daytime running lights. Only one front-mounted electric motor is offered generating either 174 or 201 horsepower depending on whether the Eco or Plus model is chosen. The latter is 4,545-millimetres long and can be ordered in either a single or dual motor configuration, the higher trim outputting 349 horsepower and 368 lb-ft of torque.

More details like production schedule, range estimates and performance specs will be released at a later date.

A 2.0-litre turbocharged four-cylinder is now the standard engine in the Jeep Compass, a first for the crossover that was redesigned last year.

The fresh mill makes 200 horsepower and 211 lb-ft of torque and is mated to an eight-speed automatic transmission. In addition, all models are equipped with Jeep Active Drive 4×4 and Selec-Terrain traction management systems.

For the most rugged experience, the Trailhawk grade includes a fully-disconnecting rear axle, hill descent control and a 20:1 crawl ratio.