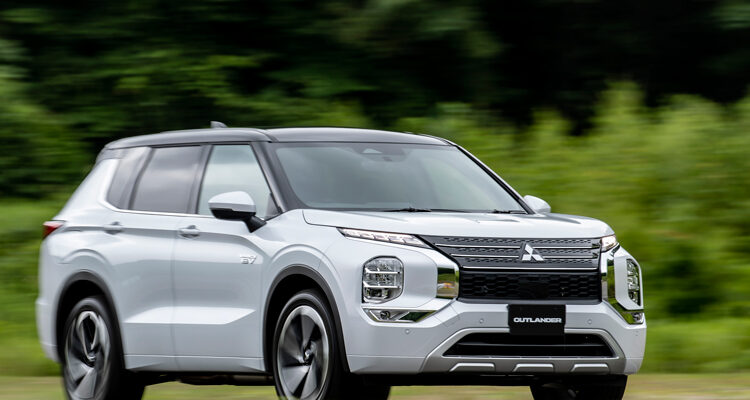 After a successful launch in Japan in 2021, the second-generation Mitsubishi Outlander PHEV is finally coming to North America in November.

Utilizing a twin-motor AWD setup, the electric units produce more than 40 per cent more output compared to the outgoing version. Up to 54 per cent of torque can be directed to the rear axle providing optimal traction in all driving conditions. The S-AWC (Super All-Wheel Control) now features torque vectoring as well.

This is the first time the model is being built on the Renault-Nissan-Mitsubishi Alliance platform, sharing the same architecture as the current Rogue, and offers three-row seating.

Whenever Dodge utters the “H” word, pavement-melting performance is automatically associated. Like is the case with the announcement that the Durango SRT Hellcat will be back in the lineup for the 2023 model year.

Reclaiming its rightful place as the most powerful SUV on the globe, the 6.2-litre HEMI V8 makes a return under the hood churning out a head-spinning 710 horsepower and 645 lb-ft of torque. Some of the tech permitting this engineering feat include forged-alloy pistons; sodium-cooled exhaust valves, hollow-stem intake valves and steel-alloy heads able to withstand a maximum 900 C; and a signature cold-air scoop helping to feed the supercharger and 92-millimetre throttle body.

A refreshed Lamborghini Urus is on the way later in the month, and it’s already making news by setting a new production SUV record (of 10:32.064) on the track used for the famed Pikes Peak International Hill Climb.

Piloted by former champion and Pirelli Tires test driver Simone Faggioli, who also holds the quickest rear-wheel drive title recorded at the 2018 “Race to the Clouds” event, the super crossover was wrapped in camouflage during the time attack held on Aug. 10. Starting from an altitude of 2,862 metres, the run covered 20 kilometres and 156 turns.

Outfitted with the standard twin-turbocharged V8 engine, some modifications were made to the vehicle to meet  safety regulations such as the addition of a roll cage, race seat and six-point harness and fire extinguisher.