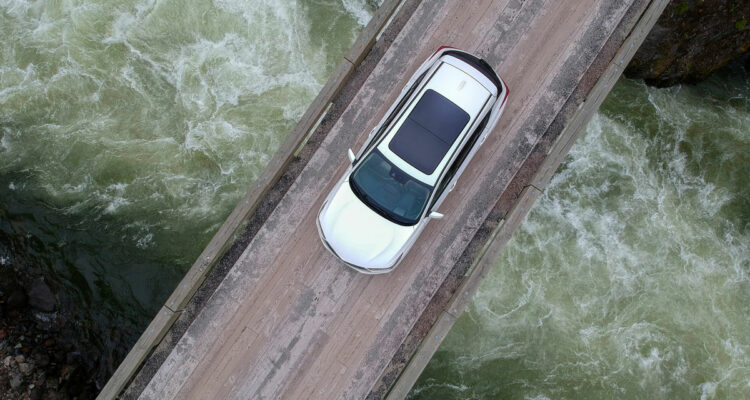 To say that the 2019 Acura RDX is a much bolder design than the model it replaces may be one of the biggest understatements of the year.

The Japanese automaker says that the new look is based on the Precision Crafted Performance direction for the brand and, for the first time, the RDX will sit on a platform that is exclusive to Acura (previous generations were built on the same platform as the Honda Civic and CR-V).

Not only does it get all new sheet metal, but there’s a new turbocharged engine and a revamped interior.

They didn’t just throw out the old book, they burned it. 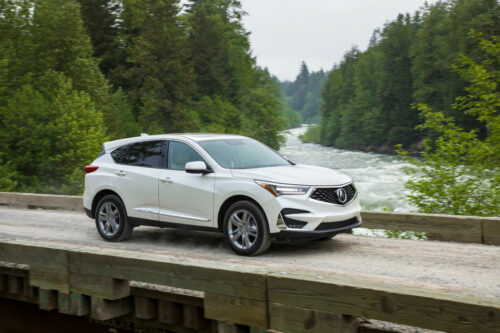 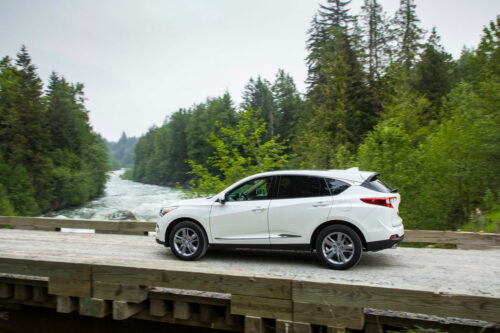 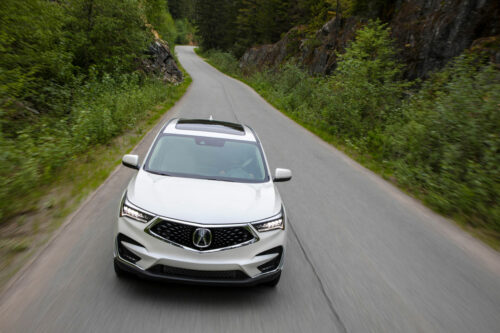 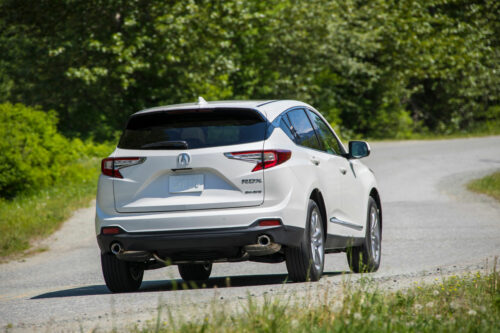 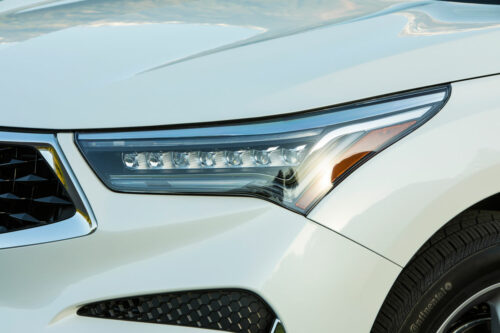 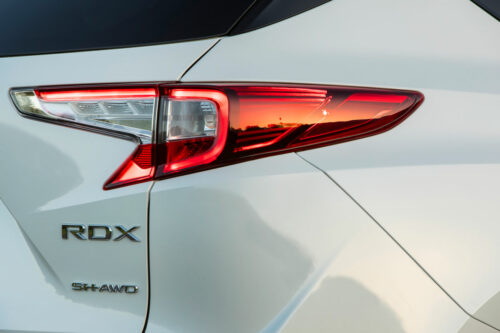 Under the hood, the RDX gets a 2.0-litre turbocharged 4-cylinder engine that is matted with a 10-speed automatic transmission with paddle shifters. Also, don’t go looking for a shifter on the RDX, it has been replaced by a set of buttons in the centre stack that, to be honest, takes a little getting used to.

For a vehicle this size, the 272 horsepower and 280 ft-lb of torque are very good numbers, and the engine feels confident with little turbo lag.

The engine does require premium fuel and the estimated fuel economy rating is a combined 9.9 litres per 100 kilometres.

Unfortunately, a real-world drive with the RDX – with a lot city roads rather than highways – resulted in a test result of 13.2 L/100 km.

The engine’s settings can be adjusted to match your driving mood through a dial that sits just above the shifter buttons, with four different settings: Comfort (default), Snow, Sport and Sport+.

2019 also marks the return of the SH-AWD system to the RDX. This system can transfer up to 70 per cent of torque to the rear wheels, with up to 100 per cent of that applied to either of the back tires.

And the driver can keep track of where the power is being sent through a display in the gauge cluster.

So, after burning the old RDX book, Acura’s new one takes its styling cues from the Acura Precision Concept, a more emotional and evocative design, says the carmaker.

From the front, it’s clear this RDX means business, showing off its diamonds – the diamond pentagon grille – and a whole lot of jewels – the Jewel Eye LED headlights.

And if that bling isn’t enough for you, designers also gave this RDX a more athletic appearance and stance, including some sharp body lines that add some flair.

The rear LED light assembly is a large wraparound one, but in the Performance Red Pearl (a $500 extra) exterior colour of our tester, they are almost camouflaged when compared to how they look on other hues.

Every RDX comes with a large powered panoramic moon roof, so there’s a lot of light in the cabin.

And the interior is more spacious than in the past, with loads of new technology and premium materials throughout.

The leather-covered front and rear outward seats are heated (with the front seats also cooled for summer), as is the leather-wrapped steering wheel.

Rear legroom is of the ample variety, with good headroom for some taller occupants.

There are soft-touch materials in the instrument panel, doors and centre console, while the Platinum Elite tester gets some really elegant open-pore Olive Ash wood accents.

Now, about that new technology.

For anyone who dislikes the idea of a touchpad in a vehicle, turn away now.

The RDX has one, and it’s on the bigger side of those I’ve seen in cars. Thankfully, an Acura rep took some time to explain it to me and, with some practice, it’s actually not that complicated to operate.

Unlike some others that require you to slide your finger along the pad until the cursor hovers over your desired icon, this one works differently. In the RDX, you can just click the approximate position of the icon as it appears on the wide display screen atop the centre stack to access that menu or application. Acura calls it True Touchpad Interface. 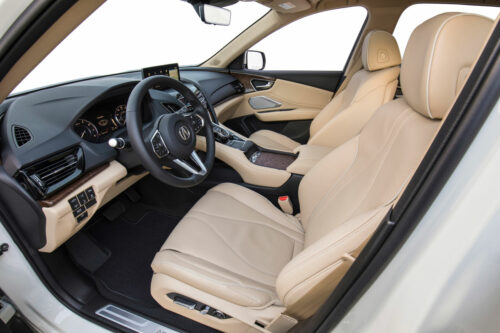 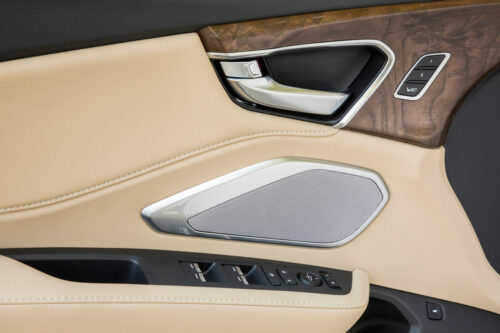 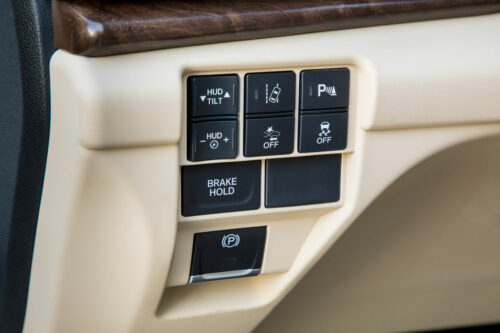 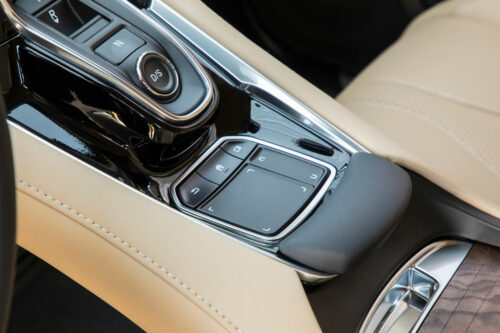 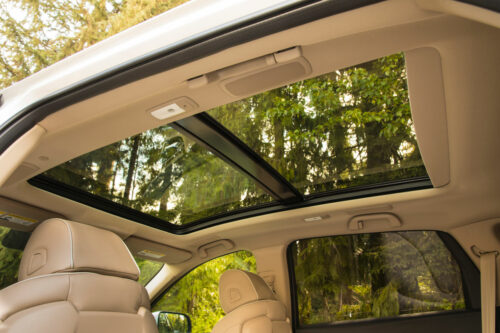 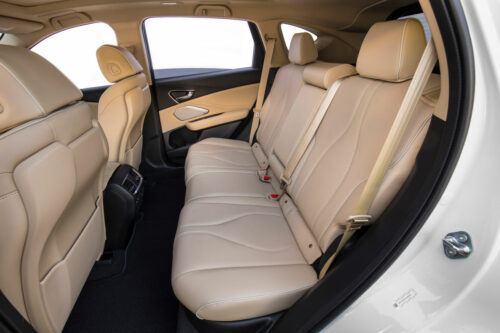 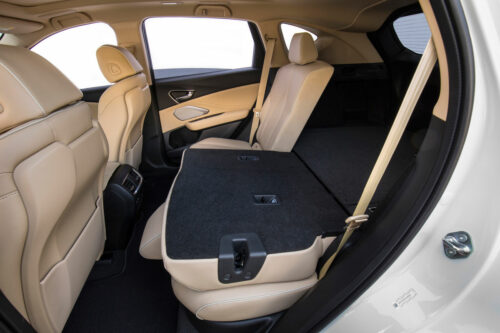 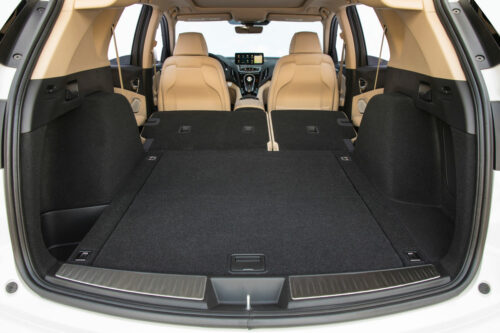 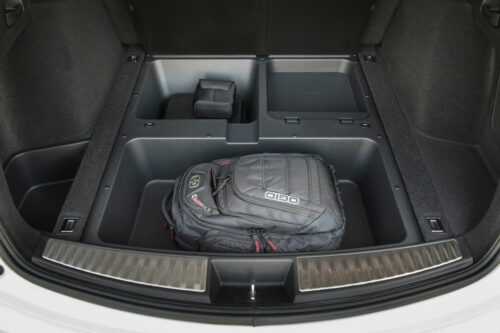 It takes some getting used to, but I adapted to it quickly and I am certain that with more time, it would be easier to use. The fact that you can customize the positions of the icons, and even what icons are there – not to mention having the ability to add your favourite contacts and more, an owner would quickly be using it to its full potential.

Behind the wheel, there’s also the temptation to unleash the full potential of the turbo engine and, if you do, you aren’t likely to be disappointed.

While not wholly smooth, the overall experience is one that will be enjoyed by the one at the controls as the revs – and speeds – rise.

The new RDX has the looks to draw you in, the amenities to whet your appetite and definitely delivers on the performance side of the ledger.

On the whole, it’s a worthy entrant in a very competitive luxury SUV segment.