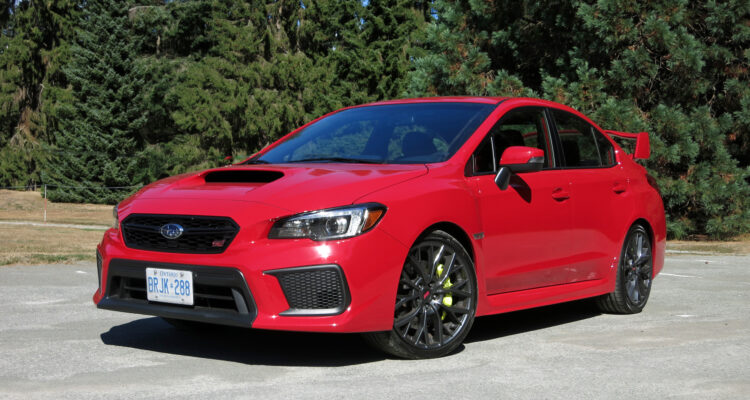 A legend races on

At 58 years of age, I probably looked seriously incompatible with the raucous red rocket I was driving. No doubt, the presence of a wing on its trunk large enough to keep an A380 aloft only worsened the image; “laughable” comes sadly to mind.

Imagery aside, it’s the mind that discerns pleasure, not grey hair. And with that, let’s buckle up and insert the key that ignites this powder keg from the east. And yes, I did say “insert the key.” 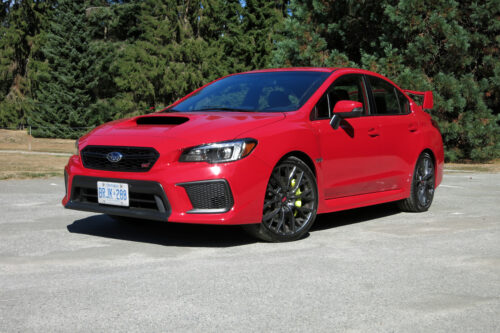 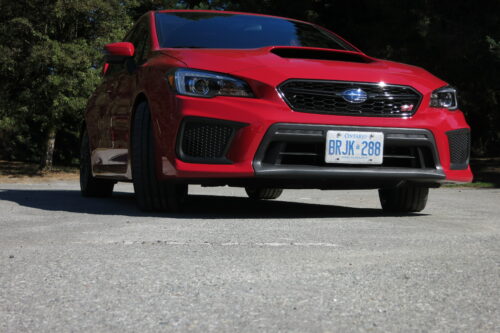 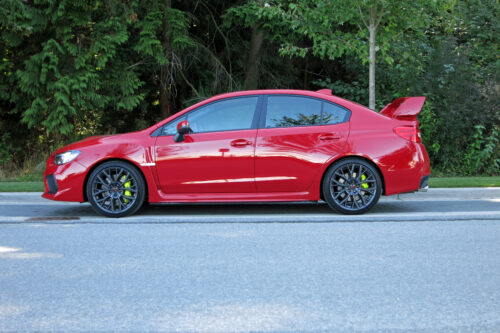 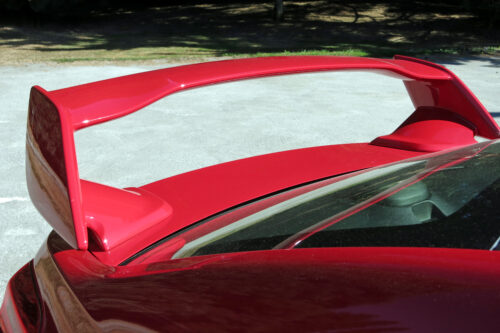 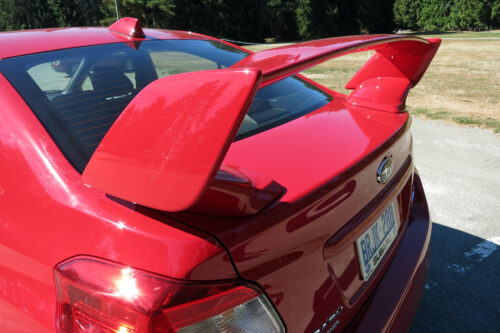 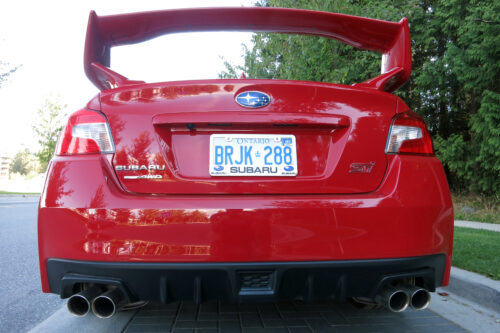 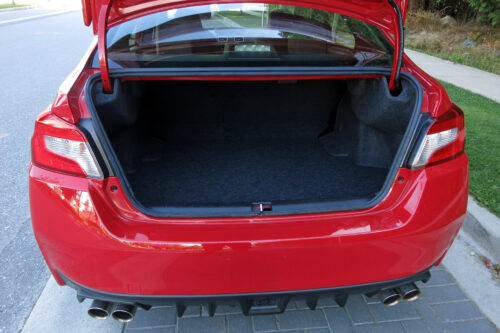 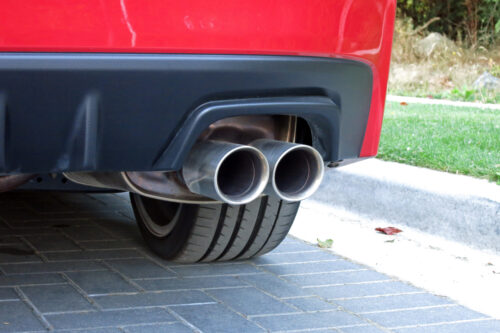 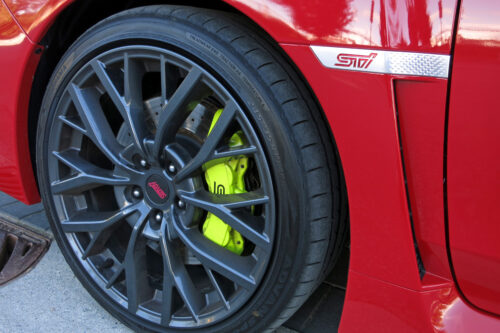 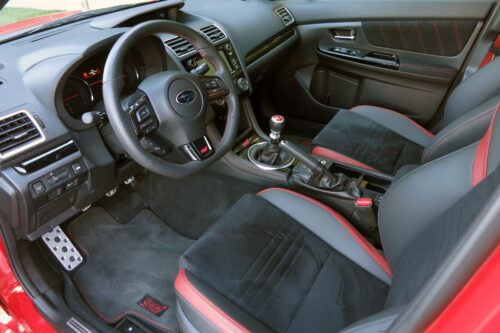 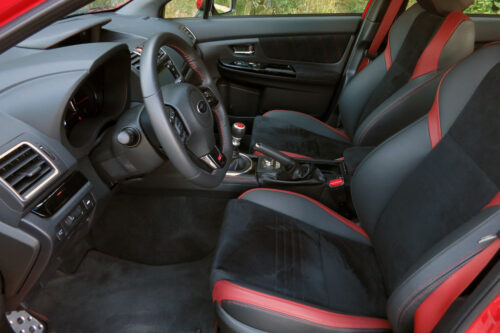 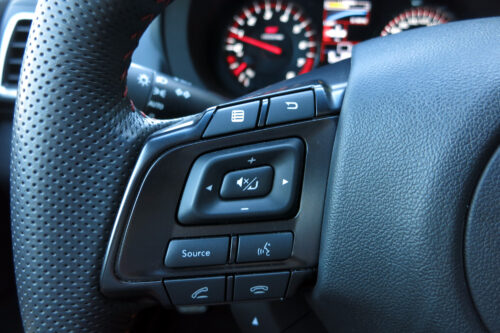 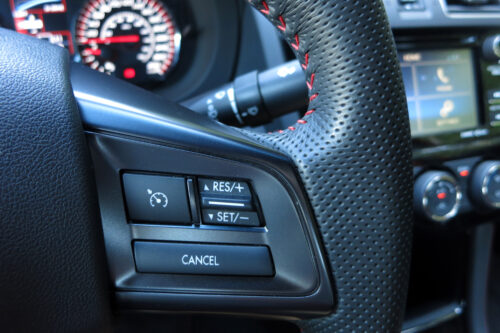 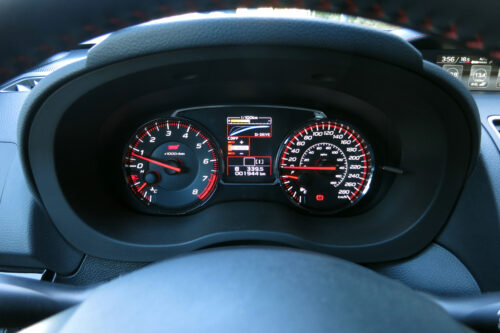 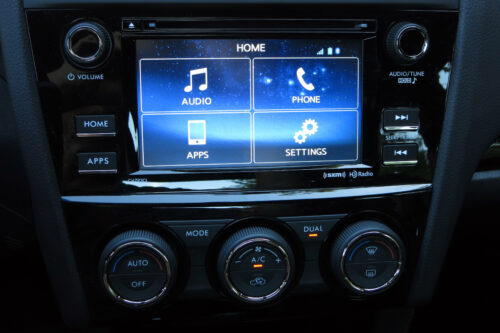 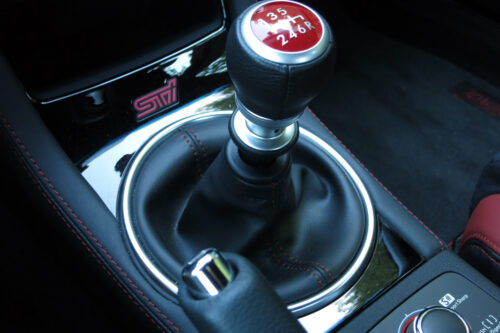 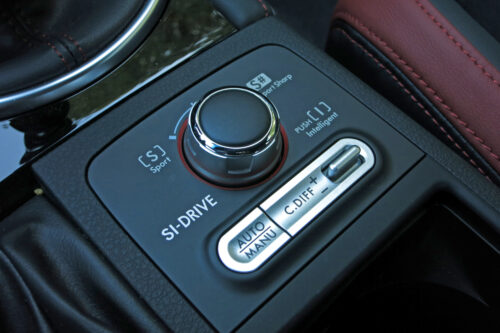 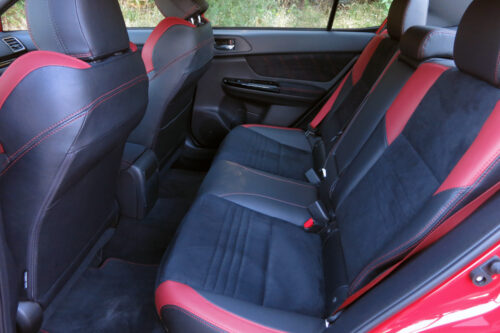 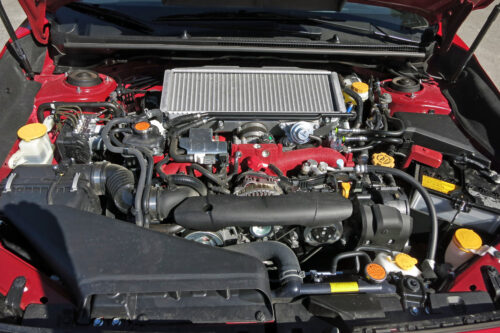 With a price-tag of $41,795, I’m puzzled at the absence of keyless entry & start technology, along with the no-show of a navigation system. I’m not sure that there’s any other similarly-priced 4-door Japanese sedan out there which doesn’t include the convenience of those accoutrements as standard equipment.

In the STI’s case, only $46,595 Sport-Tech version receives the noted goodies.

But the WRX STI is all about performance, and there’s plenty of that to make-up for equipment shortages. Core to the STI’s capabilities is its fabled 4-cylinder boxer engine, which displaces 2.5 litres while producing an onslaught of 305 horsepower and 290 lb-ft of torque.

Subaru enthusiasts know and revere the unique performance characteristics and exhaust note of the STI’s twin-scroll turbocharged power plant. And I have to admit that I enjoy it as well! Its deep staccato exhaust signature can be easily picked out among the crowd. But sound alone doesn’t cut it.

The high-revving mill is capable of pulling the compact sedan with inertia-induced joy but only in the higher reaches of its rev band. Under 3,000 or so RPM, the boxer feels lethargic and incapable of eight rounds in the ring. But…

Keep the revs where they should be, and the rewards are ferocious and plentiful. Independent testing puts the STI in the 5.5 second range for 0-100 km/h, and I second this finding. The car is seriously quick, though it takes some driving skill to explore its full potential. The needed skill begins with the STI’s upright stick.

I wasn’t impressed with the actuation of the reworked 6-speed manual gearbox. It felt somewhat vague and rubbery under my administration. Not a deal-breaker by any stretch but there’s plenty more room for improvement here.

Not in need of improvement is the STI’s chassis, a member of Subaru’s new global platform, and its 6-piston Brembo brakes. While I didn’t find the opportunity to track-test the STI, I was wholly impressed with the precision of its steering and the tenacity it exhibited during aggressive cornering and braking. Not perfect though is this world.

Despite some revisions for 2018, the STI’s steering resistance felt virtual and excessively springy in my hands; a side-effect of its electrified assistance I suspect. Nonetheless, others – think Porsche and BMW – have figured out the electric power-steering conundrum with far better results.

Another dynamic tweaked for 2018 is the STI’s suspension setup. It has been recalibrated ever so slightly to improve ride quality. That’s great, but be aware: this is still a firm-riding sedan, and, combined with its ever-present exhaust note, could become tiresome in the long run. Or, maybe that’s just 58 years of life speaking!

The bottom line is that the STI is an aggressive high-performing sedan, which doesn’t suffer the timid. It needs a firm touch and a confident driver to fully extract its inherent strengths. Plenty of four-wheeled competition now exists in the compact-rocket segment, with the Volkswagen Golf R coming readily to mind.

The similarly-priced Golf R is, in my view, a more refined and mature offering over that of the STI, plus it continues to be offered as a four-door hatchback, something that Subaru abandoned far too long ago.

While the fold-down rear seat helps extend the STI’s practicality, it’s less functional than its former self. I have no doubt that STI loyalists will remain committed to Subaru’s potent WRX STI; whether the aging badge can attract new adherents in the face of the Golf R, Civic Type R, and Focus RS remains to be seen.

I have a soft spot for the WRX STI, largely founded upon its unmatchable World Rally history with Colin McRae at the wheel. That said, Subaru needs to up their game by further modernizing the STI and resurrecting the hatchback configuration if they want to keep turbocharged wolves at bay.

While doing so, I suggest supplying navigation and keyless entry & start at a lower price-point than the near 50-large required to fund an WRX STI equipped with the Sport-Tech Package.

Interestingly, the huge wing on the trunk can be deleted at “no charge.” But why, I ask, would any self-respecting 58-year old choose to do so?