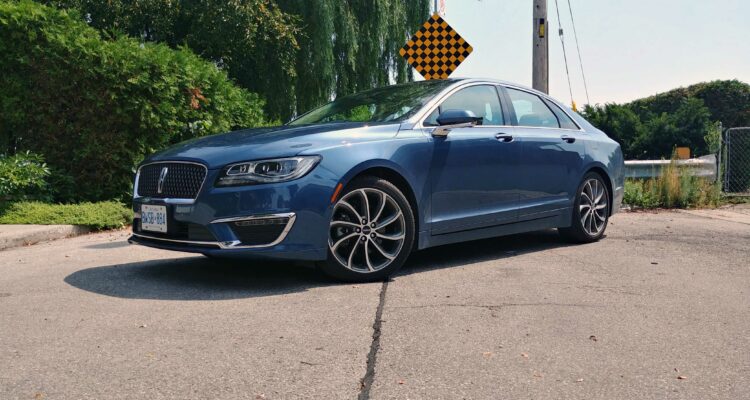 In the kingdom of electric and plug-in hybrids, good old standard hybrids have taken a bit of a backseat. No fancy electronics or fad-inspired designs—most hybrids look like normal, boring cars. If you don’t have an iPhone-looking car, how will people know that you are driving green? Thing is, for people like me who live in apartment buildings without access to exterior parking and/or to an outlet to charge the car, you can play it granola all you want. But in truth, it remains a hassle to charge an electric vehicle and take full advantage of all the benefits they have to offer.

That’s when we dust off the standard hybrids and get to appreciate how efficient they are and enjoy just how far the technology has come… without requiring an electric cord. The 2018 Lincoln MKZ is one of those low-key hybrid variants of well-known and established models.

The smallest car from the Lincoln lineup, the MKZ, is offered in a standard hybrid variant. Considering we are looking at a luxury-brand hybrid, it’s easy to expect the price to make us cringe a little, however, surprise surprise. An entry-level MKZ Hybrid starts below the $35k mark. 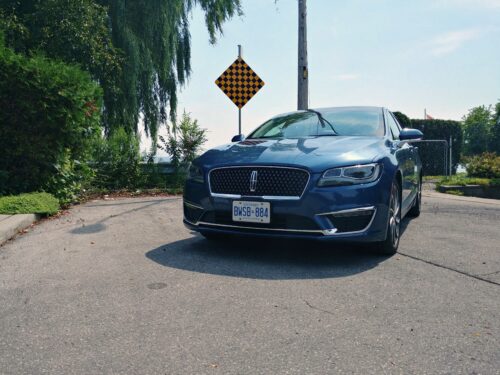 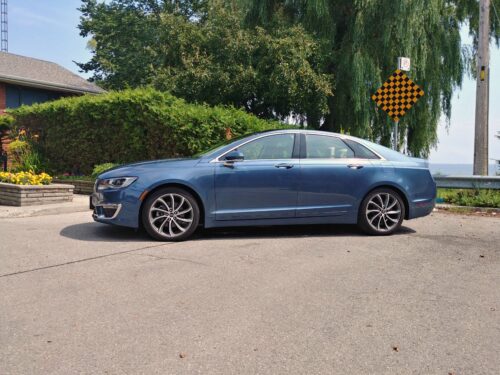 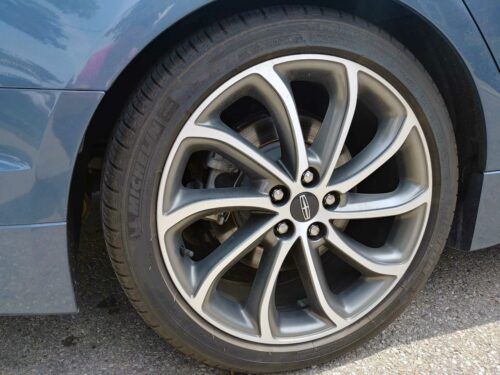 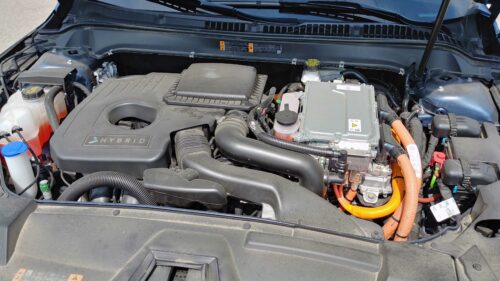 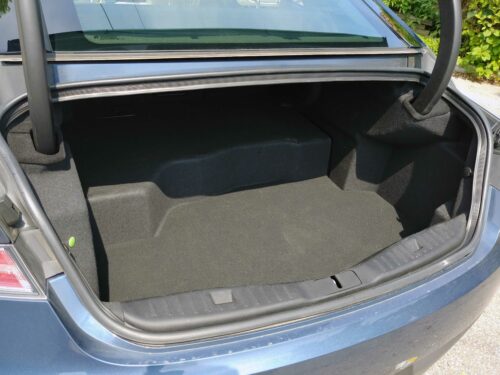 Under the hood, the MKZ receives a 2.0L, four-cylinder Atkinson Cycle engine and as expected, Atkinson equates to bad news in my books. There hasn’t been one vehicle equipped with this type of engine I have driven that didn’t feel sluggish and underpowered. True enough, despite boasting 188 combined horsepower, torque is only rated at 129 lb-ft and it shows. Acceleration on the MKZ Hybrid is slow, both from a standstill or when trying to pass on the highway. And with no special driving modes to liven things up, this is a sacrifice owners will have to make.

But isn’t the whole purpose of a hybrid to save on gas rather than offer mind-blowing performance? You are right, but you can’t keep a dreamer from dreaming. What the MKZ lacks in power, it makes up for in fuel economy. On a 1,500km journey to and from Montreal, the car averaged a combined 6.4L/100km, an excellent performance considering the size of the vehicle (same platform as a Ford Fusion). I was also pleasantly surprised at how efficient the battery was at charging and how easily and smoothly power shifted between fuel and electric. Roughly a third of the distance I travelled was all electric.

This also allowed me to do the Toronto-Montreal distance on only one tank—not even full—with fuel to spare. And considering the MKZ Hybrid is happy with regular fuel, it makes for a pretty cheap trip.

The Reserve trim receives some of the optional features on the Select as standard equipment.

One thing I’ve never been able to warm up to with Lincoln is the button shifter. The company eliminated the stick altogether and replaced it with a strip of buttons. It makes any manoeuvre slow and methodical. Don’t expect to park quickly with this system, it isn’t as forgiving as an actual shift stick. 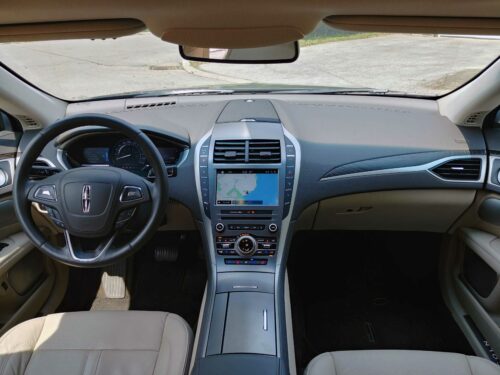 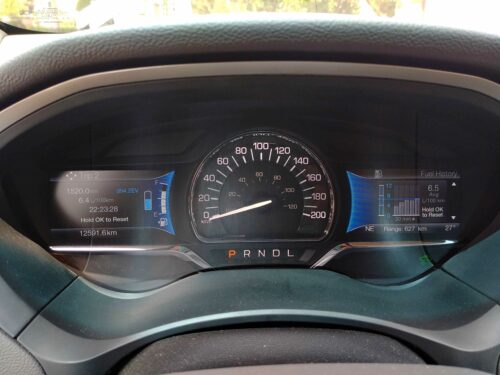 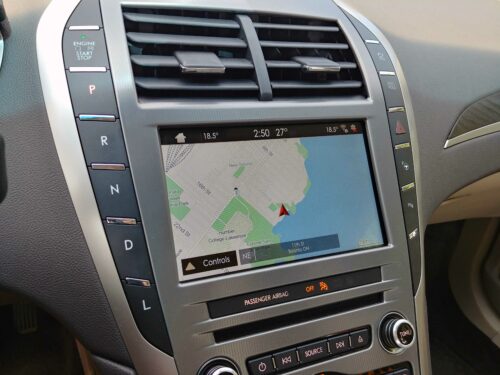 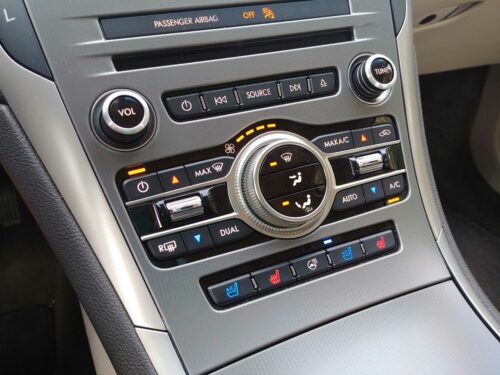 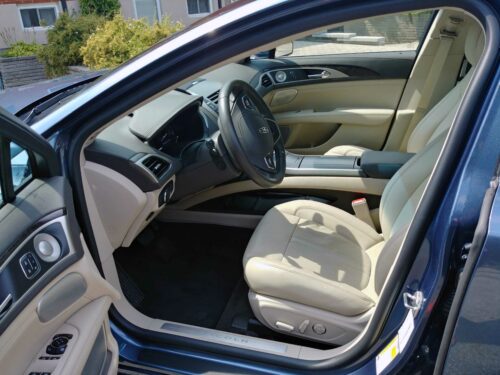 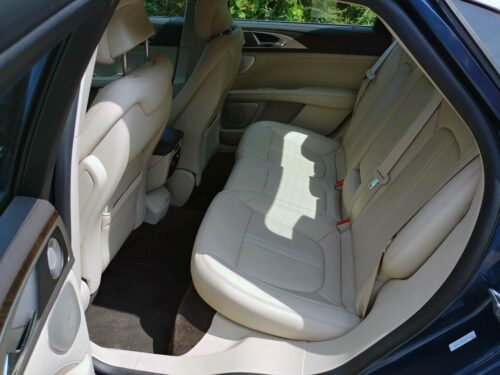 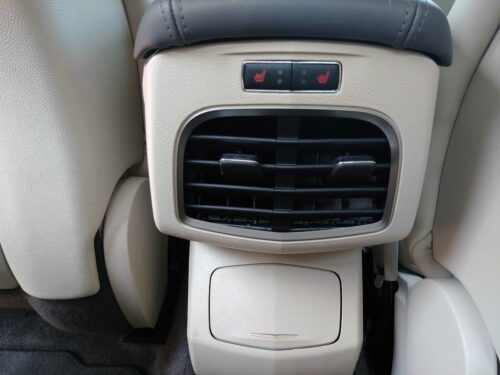 Another small downside is that the trunk capacity is average, the battery located behind the rear seats elevates part of the trunk floor and reduces the overall cargo volume.

The overall driving of the MKZ is everything Lincoln has built its reputation on: elegant, comfortable, predictable cars, verging on the edge of boring. But that’s what some drivers want, and that’s entirely ok.

On the Monday trip back from Montreal, everyone was driving back from the cottage at the end of a long weekend and it turned out to be a bit of a nightmare. A trip that normally takes more or less 6 hours took closer to 9 because of volume and traffic. Though after sitting in the car for so long, I was submerged with murderous fantasies, my body didn’t physically feel tired from all the sitting. While the MKZ didn’t receive the Transformers seats from the Continental with 30 different adjustments, it remains a very comfortable car to be stuck in traffic in.

Of course, you don’t buy a Lincoln MKZ Hybrid with ambitions of a spirited drive that will make you want to come up with excuses for driving. That’s not what Lincoln does. What the MKZ Hybrid will do, however, is keep you from having to worry about the cost of fuel too, too much. It is, in my opinion, an excellent hybrid and a comfortable one to boot.