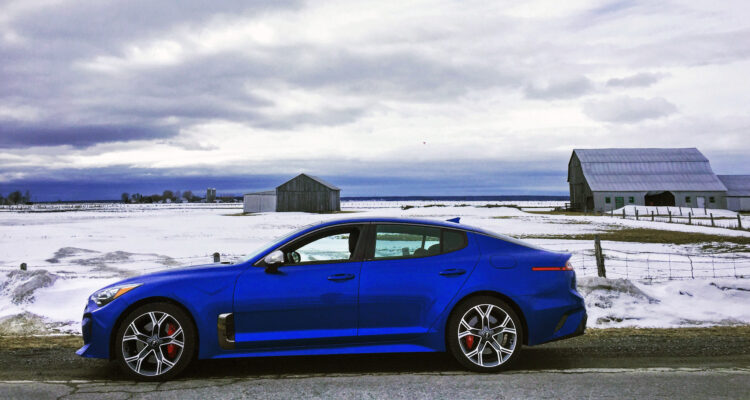 All valid questions from my 6-year-old who likes to ask me every Monday what car I’ll be picking him up in next. And when I told him it would be a Kia Stinger. He was quite confused at first. Immediately he went to Bumblebee from Transformers, which isn’t a bad correlation to make, but sadly not the case

When I’d explained to him that, yes, the car is available in yellow but likely wouldn’t be. And, yes, I’m sure it could come with stripes, but no I don’t think there’d be a stinger out the rear, but it couldn’t hurt to check. He was still excited to see it despite the slightly deflated look on his face when he realized that mum would not in fact be driving a giant, fuzzy, bumblebee to pick him up from school that night. 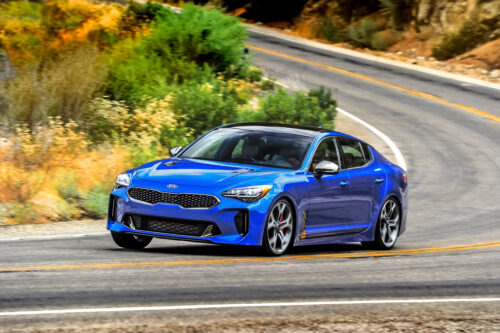 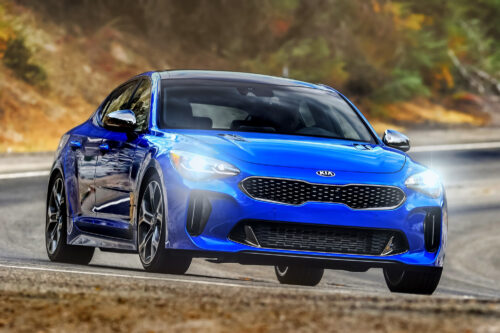 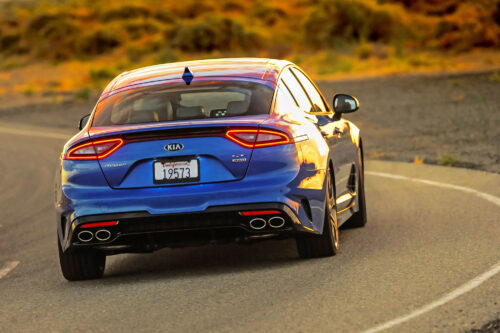 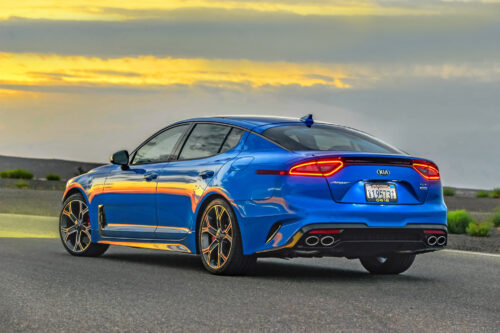 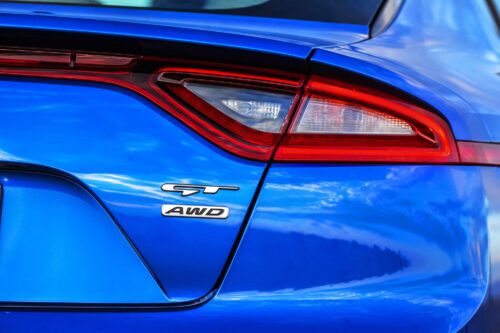 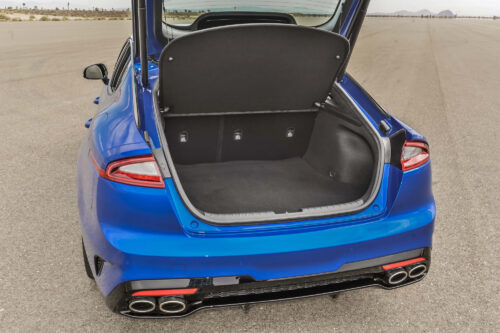 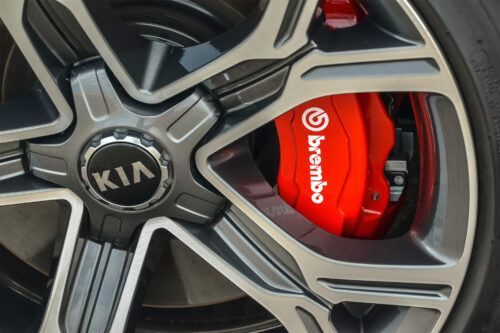 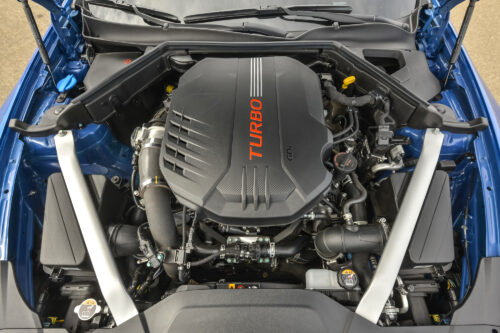 All thoughts of fuzzy bumblebees quickly disappeared as soon as we hit the road. It’s immediately apparent that Kia engineers took some serious time and effort when it came to the handling feel in the new Stinger. The steel unibody and MacPherson front suspension definitely have something to do with it all, as does the balanced feel of the vehicle overall.

Steering is tight and responsive, despite the vehicle feeling a little large in corners and leaning, ever so slightly. I forgave it the heavy feeling knowing it was lugging around a big V6 and an AWD drivetrain. But, I was still impressed with its dynamic and lively feel, and quick throttle response for passing maneuvers on the highway, as well. The last time I felt dynamism in a Kia was way back in a manual Forte Koup…

Equipped with a 3.3L V6 GDI engine, the Kia Stinger GT AWD I piloted for the week produced 365 horsepower and 376 lb-ft of torque. There will eventually be a RWD version available here in North America, but at the moment AWD is the only way you can outfit the Stinger, but that’s alright since our winters seem to be dragging out that much longer…. But I digress.

I was pleasantly surprised at how sporty the Stinger felt and sounded, as well. The growl from the 3.3L V6 is pleasantly audible inside the cabin, and pop it into sport mode and everything tightens up just that much more. Not enough to make a hugely discernable difference, so I didn’t change it to sport that often, but enough to make open country roads with twisties a little more enjoyable than they already are.

Inside, the Kia Stinger continues to impress. Build quality and materials used are all higher end and easy to live with. While everyone seems to be going the route of touchscreens and digital touch everywhere, I was grateful that Kia chose to integrate buttons and knobs for things like heated seats and drive mode selection. Navigating the onboard entertainment system is also a breeze, and still one of my favourite onboard systems currently on the market. It’s just so straightforward and intuitive.

Now, I’ve left the best part for last (I mean, why else do we eat dessert after the meal?!): The exterior design of the Kia Stinger. I mean, come on. Look at it. 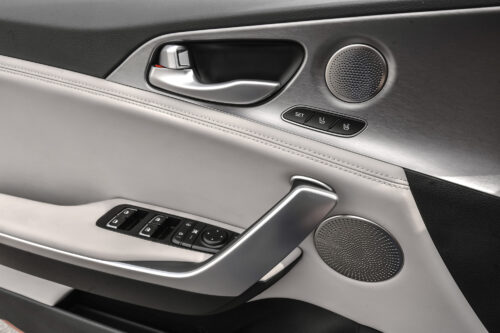 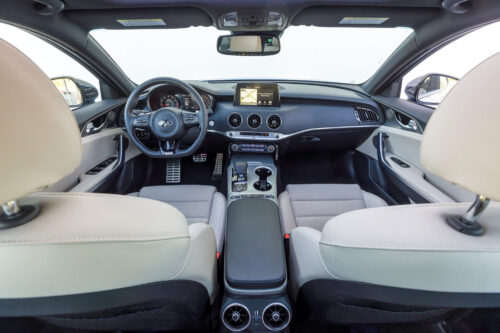 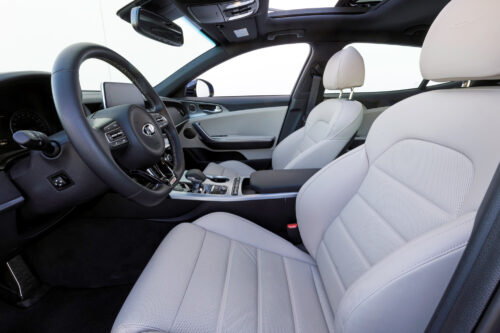 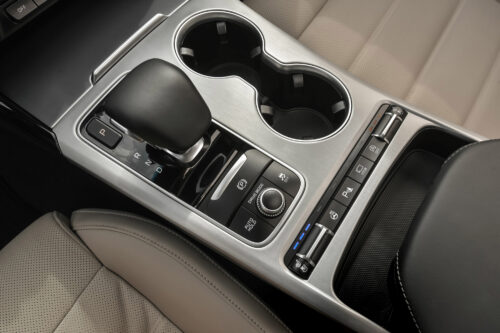 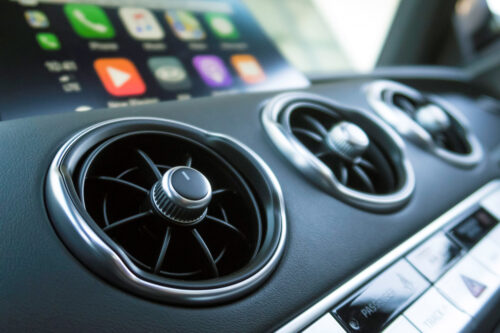 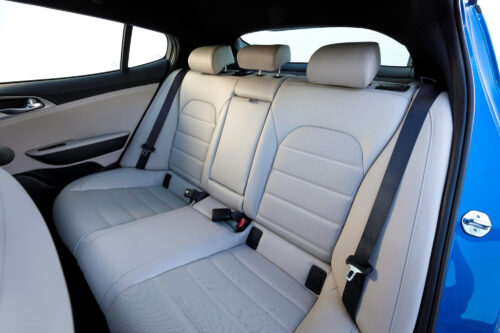 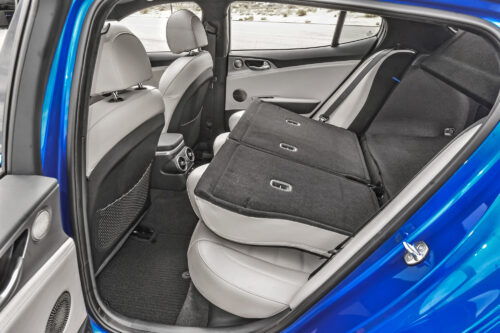 No matter what car I bring home, Owen always does a walk-around inspection to count number of exhaust pipes, and take in any other discerning features he cares to point out. Well, when he me the Stinger he spent more than the usual one-lap time taking it all in.

From the hood vents to the gaping front bumper gilles and side vents, along with the quad tailpipes, this is one sexy sedan. It also sports a decidedly coupe shape, but with 4 doors, which makes it sexy and practical. A winning combination. Trunk size is deal for hockey practices and weekend trips to the grandparent’s in the country.

Admittedly, I wasn’t sure about it when I first saw it in pictures. However, upon seeing it in real life, and draped in Micro Blue Pearl with brushed chrome and black accents on the front bumper grill, side vents, and hood vents, as well as 19” rims and bright red Brembo monoblock calipers nestled beneath… well, the entire package is a little more than alluring and gets some serious attention on the road.

Even if it’s not bright yellow with black stripes with a stinger sticking out the rear.

The Kia Stinger’s biggest downfall is its price. Now, I’m not saying it’s not worth the $46k+ starting price (and right now the V6 is the only engine available in Canada, but the 2.0L will be coming soon), because it does come very well equipped and is a blast to drive. However, it puts it against some big players in that same price and performance range like the all-new Audi A5 Sportback or even the Mercedes C-Class sedan.

Despite that, I think Kia has a serious performance player here, and as I said above, I’ve not felt this kind of life and vigor in a Kia since I have the Forte Koup years ago. And it wasn’t even about power in the Koup it was just about having fun behind the wheel and driving a car that was responsive and stylish. Which is precisely what the Stinger is, but with added luxury and amenities thrown in for extra oomph.