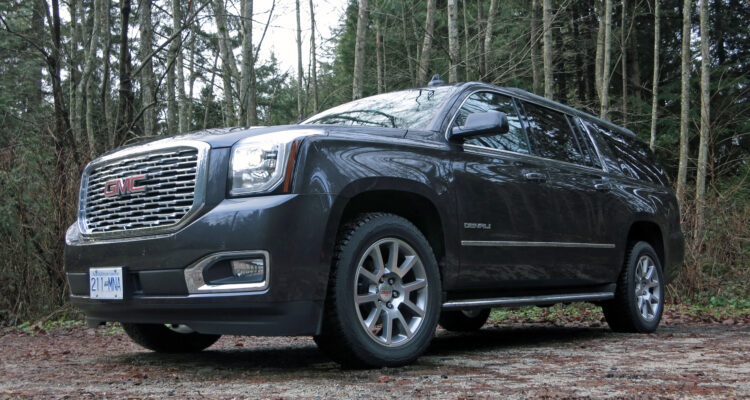 When is big, big enough?

I guess it depends on one’s transportation needs. If those “needs” include moving groups of people and their gear, or a small chalet, to mountain-top resorts, my vicariousmag.com tester for this week is the correct answer.

Large truck-based SUVs feel awkward and clumsy in contrast to the wide array of modern cross-overs and lighter, smaller SUVs that dominate today’s automotive landscape. Nonetheless, the heavy hitters, such as the Yukon XL and the re-worked Lincoln Navigator L, continue to serve a role despite their thirst for fuel and behemoth proportions. 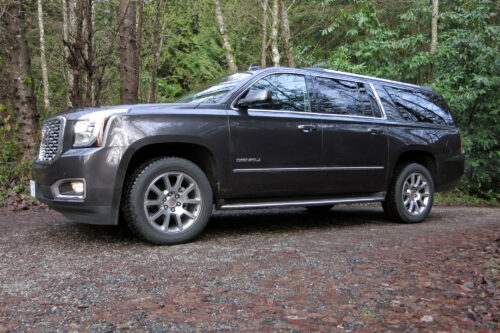 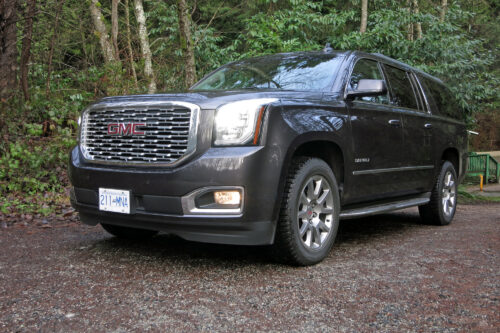 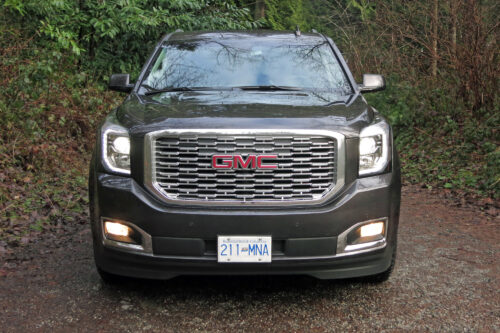 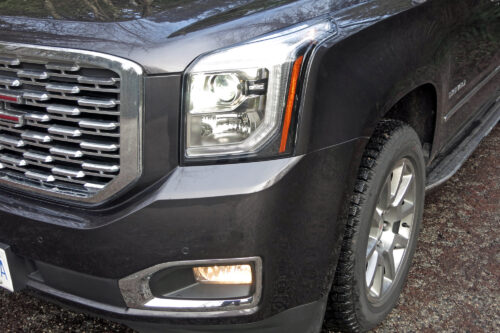 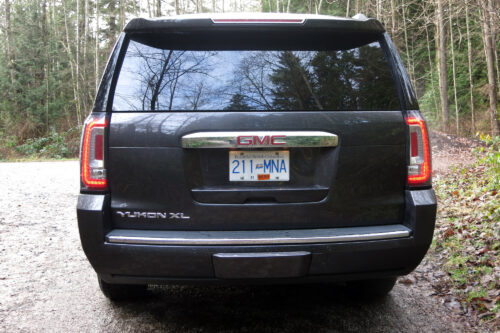 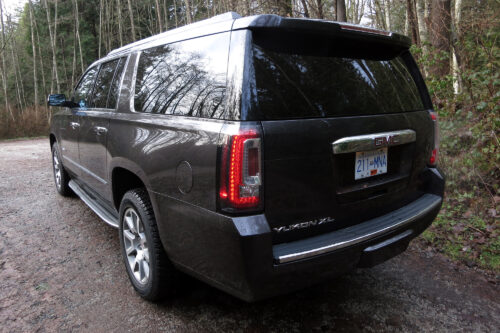 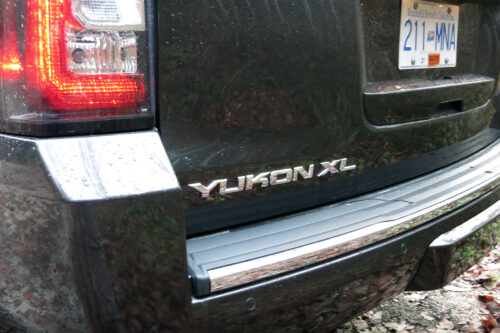 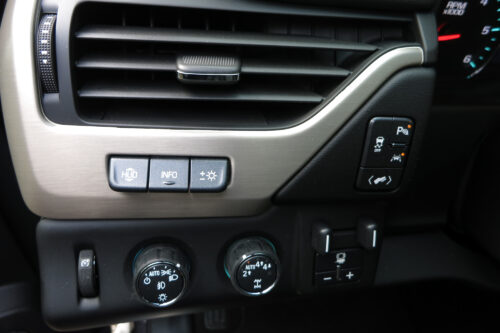 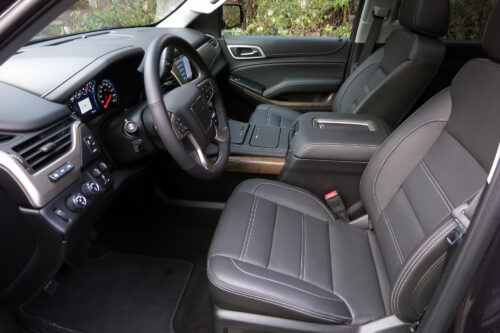 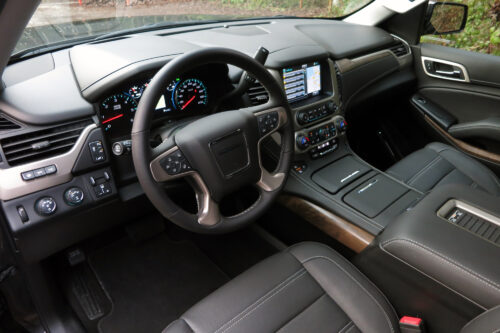 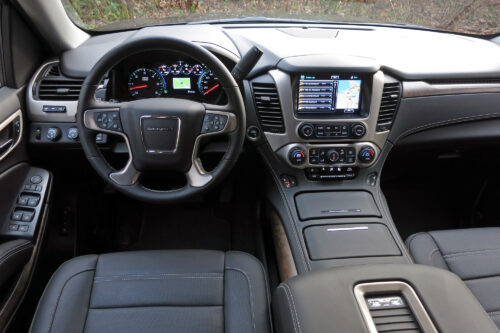 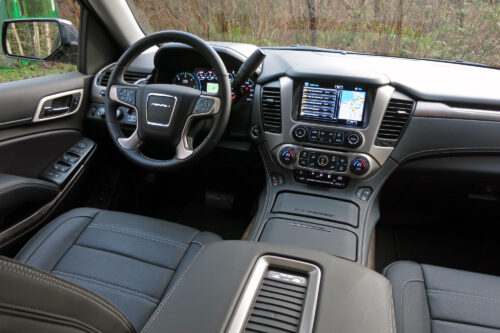 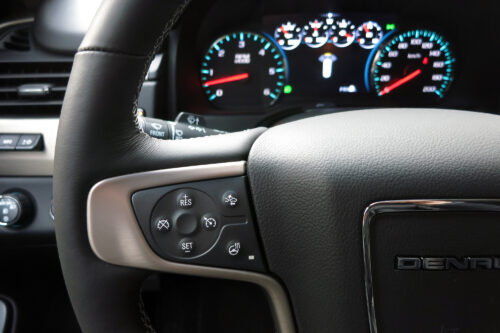 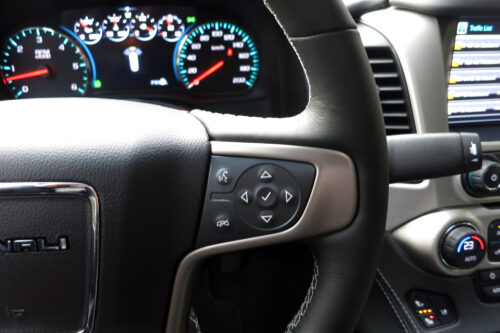 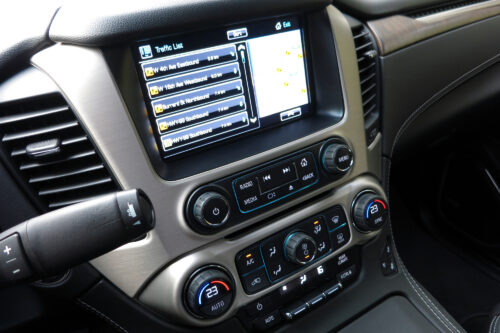 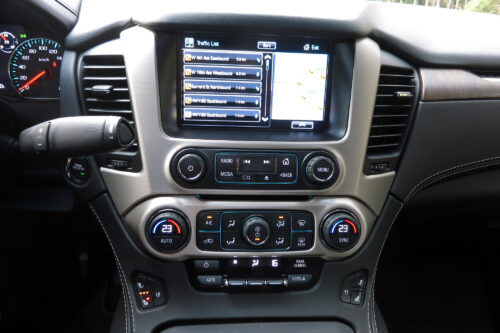 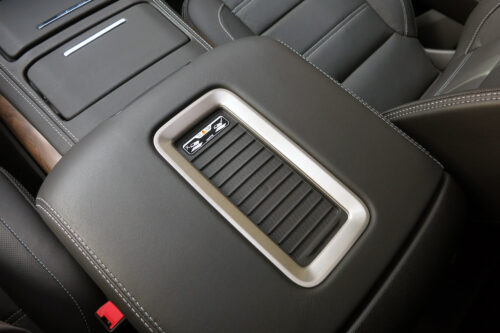 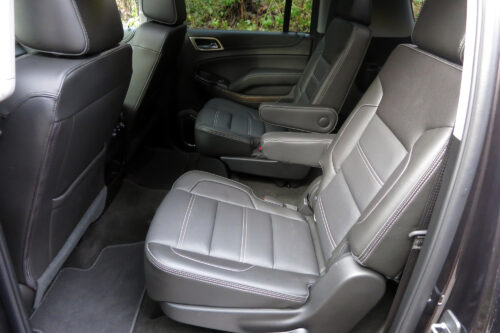 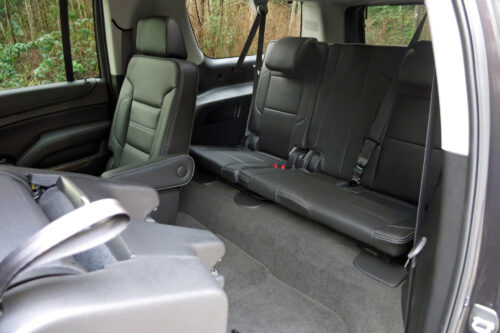 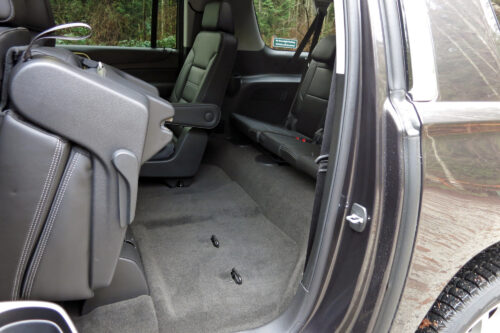 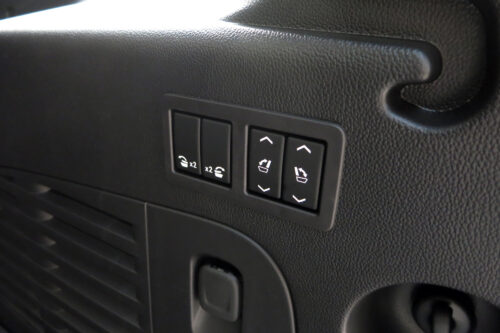 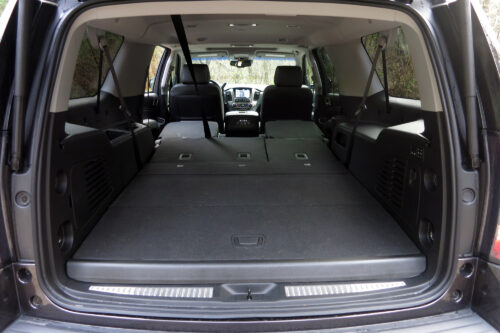 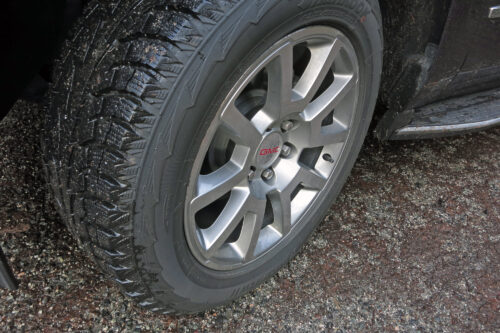 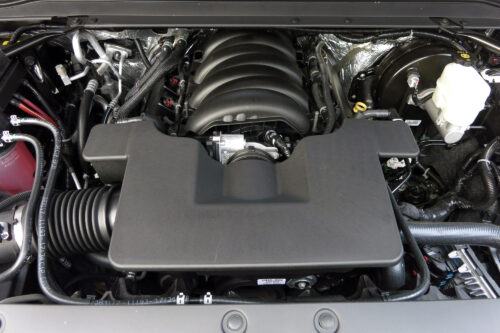 These vehicles are of particular importance in mountainous regions, such as British Columbia. Drive any direction out of Vancouver and within a couple of hours you’ll be confronted with snow-covered peaks and long, steep inclines.

The original ‘Highway Through Hell’ documentary series honed its nail-biting heavy-rescue action on the Coquihalla Highway roughly two hours east of Vancouver. Tackling that stretch of paved hell in a minivan mid-winter is a fool’s game.

This brings us back to the four-wheel-drive Yukon XL. It’s complete overkill for most SUV applications, but when and where needed, size and traction matter.

The vehicle’s massive length may limit its access to typical parking spots in congested areas, but it pays off big if we’re talking the Costco lot. Depending on seating, the Yukon XL’s potential cargo capacity is nothing short of astonishing.

A notable 1,113L of volume exists behind the third-row seat; that alone is pretty impressive. Most SUVs leave precious little floor space behind third-class.

Dropping the third-row ups the volume to 2,172L of cargo-hauling capability while folding the second-row perches generates a cavernous 3,446L of real estate behind the front seats. I dare say, more than most Vancouver and Toronto condos.

If cargo space, combined with a payload capacity of 696 kg (1,500 lbs), fails to accommodate an annual Costco run or moving house, the Denali trim-level includes a trailer tow package as standard equipment.

With its integrated trailer-brake-controller and tow/haul mode, GMC’s workhorse is tow-rated at 3,538 kg (7,800 lbs). Pulling power is provided by a large “old school” 6.2L V8 engine producing 420 horsepower and 460 lb-ft of torque.

Before its allocation to all four wheels, the smooth flow of grunt is managed by a new, thoroughly modern 10-speed automatic transmission. The engine and autobox work in harmony to supply snappier than expected performance.

While competently transporting cargo through conditions thick and thin is an important aspect of the Yukon XL, and one that it excels at, carrying occupants in safety and comfort is a strength not to be overlooked. GM has emphasized both luxury and technology with the 2018 Yukon XL Denali.

From its heated and cooled front seats to its power-operated folding third-row seats, the XL is a leather-lined feature-laden sled that will keep all aboard cozy and entertained enroute to the ski hill or cabin.

In an effort to conceal its truck roots, the Yukon XL rides upon GM’s Magnetic Ride-Control underpinnings, which effectively eliminate the bounce and jounce normally associated with body-on-frame architecture.

Despite its edge in handling dynamics over older full-size SUVs, the big GMC still feels ponderous and slow to react due to its substantial girth combined with a massive curb weight of 2706 kg (5965 lbs).

Though weight remains an issue, GM engineers eliminated much of the road and wind noise typically generated by these vessels of abundance.

Triple-sealed doors and active noise cancellation ensure a relatively serene journey while premium audio and an available rear-seat entertainment system helps eliminate the inevitable, “are we there yet,” pleas of desperation.

Of course, fuel-economy is not a Yukon highlight, though in fairness, my return of 15.7L/100km around town was better than the posted rating of 17.1L in the City. That said, I didn’t net the official highway rating of 11.3L, although the brevity of my highway stints may have contributed to that.

For those in need of big-scale cargo capacity and long-range driving comfort in all sorts of Canadian weather and terrain, the 2018 Yukon XL Denali is a champ, but a pricey one.

Add a couple of option packages along with taxes to the base MSRP of $82,525, and the price of XL admission will easily soar north of $100K.

The only real competitor to the Yukon XL is the Lincoln Navigator L, which is the extended version delivering cargo capacity and trailering capability similar to the Yukon.

The Navigator has been heavily retooled for 2018, so a close comparison with the Yukon XL is a worthwhile endeavour for prospective purchasers.

The Navigator is powered by a turbocharged V6 engine, which produces superior power to the Yukon’s eight-cylinder mill, and better fuel-economy too. The Navigator is more expensive than the Yukon – though not by much when you’re talking such big numbers.