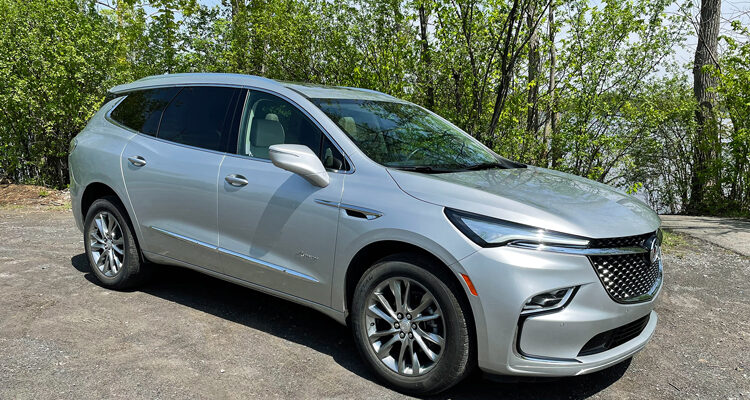 The Enclave is Buick’s largest of an all-SUV lineup and the brand’s flagship underwent a refresh for the 2022 model year that includes exterior and interior changes to allow this generation of the model to keep up with a growing list of competitors.

Offered in three trims, we tested the top-tier Avenir version, with a base price of $61,098. Your choice also includes a base Enclave, or a Sport Touring version.

The Avenir does get some exclusive touches to distinguish it, including unique front and rear fascias, interior trim appliques, seat sew pattern with piping and chrome cargo sill plate, as well as heated, ventilated and massaging front seats.

It should be noted that because of the ongoing supply issues, the tester was not equipped with the rear heated seats and front and rear park assist, like it normally would.

That consists of a premium suspension package with hydraulic dampers and steering calibration, with real-time damping suspension, which adjusts damping forces every two milliseconds. It also changes the LED headlights to a unique Avenir design.

Powertrain: The all-wheel drive Enclave Avenir is powered by a 3.6-litre V6 engine.

It delivers 310 horsepower and 266 pound-feet of torque through a nine-speed automatic transmission.

This is a good setup for the Enclave and the engine delivers the goods when called upon, although most people driving the family hauler are likely to be more sedate in their habits behind the wheel. But nice to know the power is there.

The Enclave uses a push-button setup for gear selection, and I found this variation to be quite intuitive to understand.

Unfortunately for me, I was unable to get anywhere near the estimated combined fuel economy for the Enclave, which is estimated at 11.8 litres per 100 kilometres.

Exterior: The entire Enclave lineup was tweaked for 2022 to keep up with the competition. That includes new front and rear designs, and revamped lightning.

As mentioned earlier, the Avenir trim gets even more unique tweaks, and there is even a Sport Touring appearance package for the middle trim.

So, all three Enclave trims present a slightly different face to the world.

On the Avenir, the large grille and slim headlights form a nice combination resulting in a stylish front end.

In profile, there’s a floating roof mirage thanks to some tri at the rear pillar that blends in with the rear window.

At the back, the revised look features what Buick calls Evonik LED taillamps, which wraparound the side of the Enclave.

Interior: The cabin was also refreshed to include a refreshed centre console and that push-button gear selector.

Premium-soft touch materials are found throughout the cabin and the Avenir features heated and ventilated front seats.

Our tester was outfitted with Whisper Beige perforated seating featuring ebony interior accents. That gives the cabin an airy feel, which is further helped by the large glass moonroof up front and a second fixed glass panel for rear occupants.

Access to the third row of seats is accomplished by titling and sliding forward the second-row Captain’s chairs. It offers a decent amount of room to get back there.

Speaking of that back bench, should you not need them, they can be lowered using power buttons in the cargo hold that easily drop and raise them. When down, there’s a cavernous amount of room back there.

And the cabin is kept quiet thanks to Buick QuietTuning, a technology that helps to limit noises to make the experience inside a comfortable one.

Infotainment: The system on the Enclave is simple and effective. I found it quite easy to use and the 8-inch screen might seem small, but it worked well in the dash.

The interface has clear menus and operates with little lag. It also features built in navigation, Wi-Fi hot spot capability and on the Avenir is paired with a premium Bose 10-speaker sound system.

A feature I am appreciating more and more in ever vehicle I find this in is wireless Apple CarPlay and Android Auto. It also features wireless charging.

Controls for the system as minimal in terms of buttons, with a lot of the functionality done through the on-screen menus.

Drive: With the effortless acceleration from the V6 engine and the optional hydraulic dampers, the Enclave delivers a smooth ride for its occupants. The system did a great job of handling some rougher pavement and adjusting itself to ensure that the cabin remained a comfortable place. 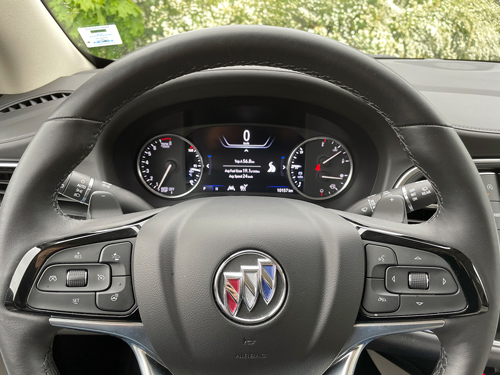 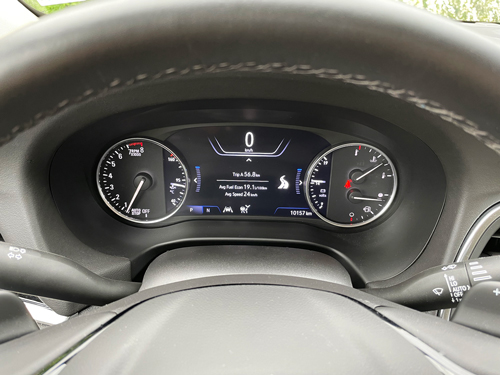 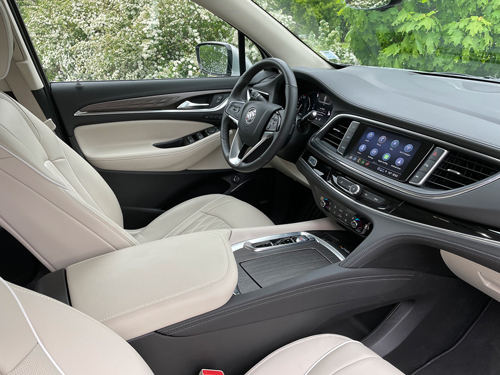 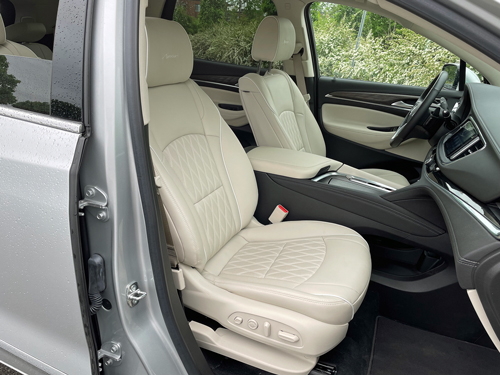 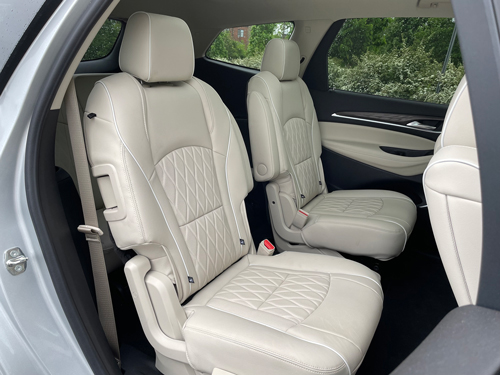 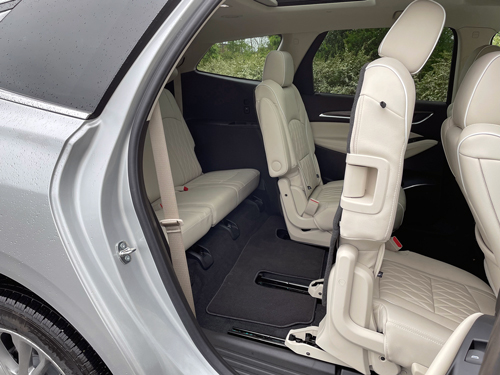 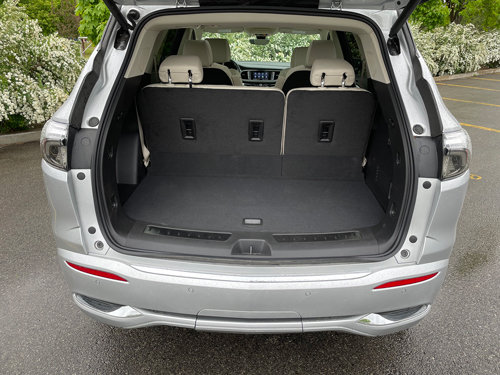 The Enclave is a big vehicle and it shows, especially when it comes to parking and turning radius.

Conclusion: This is Buick’s largest and most luxurious model, so it certainly checks all the boxes in terms of driving comfort, amenities, driver aids and looks.

It certainly has its work cut out for it against a growing list of competitors, but this is not to be overlooked should you be in the market for a steady, comfortable, and competent family hauler.