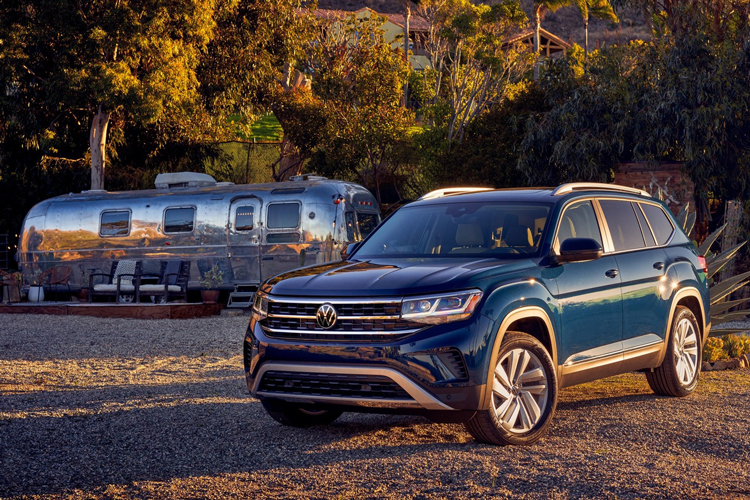 I never fully appreciated how large the Volkswagen Atlas is until I ended up parked between a Tiguan and (discontinued) Touareg at my local grocery store.

The three-row, seven seat SUV looms large compared to the other Volkswagen offerings, past and present.

Despite being only a few years into its lifespan, the Atlas has already been given a slightly new look that brings it more in line with the latest addition to the lineup, the Cross Sport.

For 2021, the Atlas receives a new front fascia design which also increases the Atlas’s length by three inches. It also gets new LED headlights and taillights to spruce up the look a little bit.

Offered in four trims, the Atlas has a starting price of just over $40,000 in Trendline form, going all the way up to $57,600 for the top tier Execline we tested.

The Atlas has two engine options. The Trendline comes standard with a 2.0-litre four-cylinder powerplant that seems, in my view, a tad underwhelming for a vehicle this size (235 horsepower, 258 lb-ft of torque).

The Execline, however, features a larger 3.6L V6, rated at 276 horsepower and 266 ft-lb of torque, which is paired with an 8-speed automatic transmission.

While definitely better than the smaller engine, it did sometimes feel a little sluggish during acceleration, but I am not sure if that was more a result of the transmission not always making a smooth transition from first to second gear or the engine itself.

That being said, there was no problem motivating the Atlas onto the highway with this engine, and passing manoeuvres were easily executed.

Now standard across the Atlas lineup is the 4MOTION all-wheel drive system. It allows the driver to select the appropriate setting based on road conditions through a dial in the centre console, with a snow setting suitable for Canadian winters.

The combined fuel economy for the V6-powered Atlas comes in at an estimated 12.7 litres per 100 kilometres, which is nowhere near the 17.5 L/100 km I returned in mostly city driving.

The Atlas can also be outfitted to tow up to 5,000 pounds, adding extra functionality to the already spacious cargo compartment, which is easily accessed even with your hands full thanks to the power tailgate’s easy open functionality.

As a result of the facelift and revised grille, the Atlas is even more imposing than the first generation of the model. And the LED daytime running lights line up perfectly with the middle bar on the grille to create some nice symmetry.

Our test vehicle was painted black and that went well with the 20-inch Rizla two-tone alloy wheels, which really make the Execline trim stand out from the others. 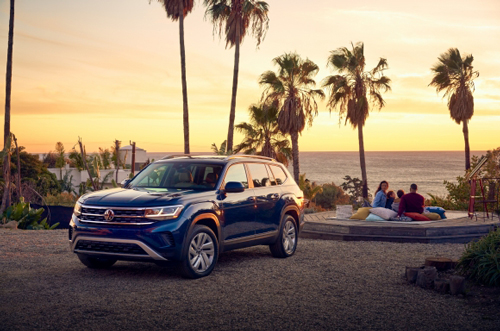 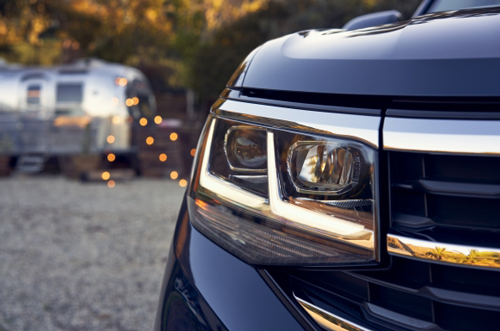 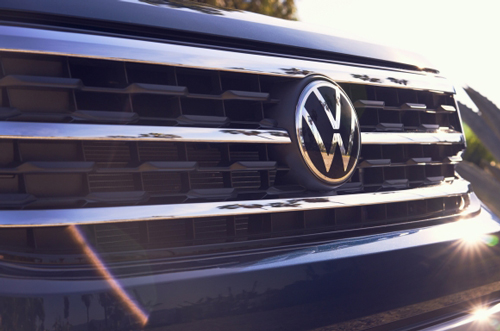 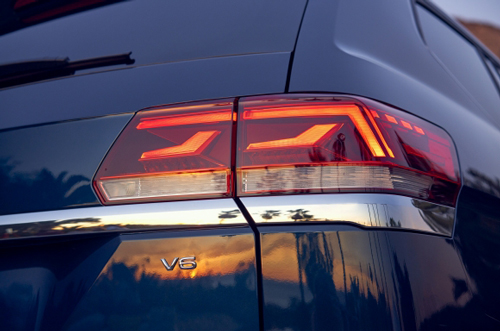 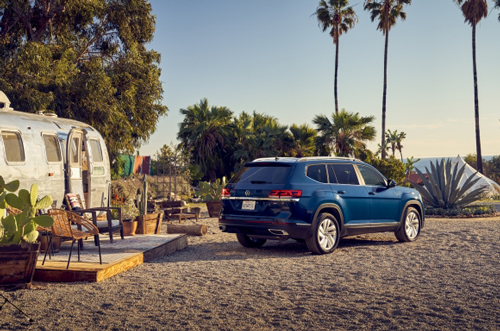 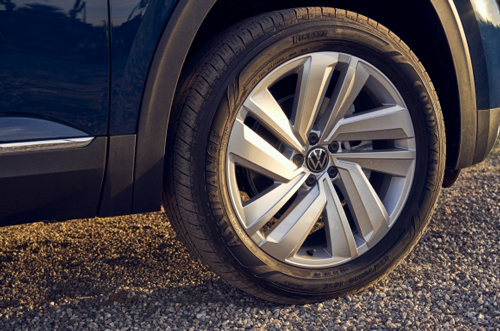 The cabin was also a standout thanks to its two-tone colour palette (Mauro Brown-Black Ceramique) for the seats and other accent pieces.

And no matter what row you are seated in, the Atlas has you covered with a Climatronic tri-zone ventilation system.

First and second-row occupants get the added comfort of heated seats, while the front seats are also ventilated.

Surprisingly, accessing the third row of seats didn’t require any acrobatic skills on my part, and although legroom is limited, the saving grace is that the middle row can slide forward. So be nice to whoever is in front of you.

Thanks to the large panoramic sunroof, the cabin feels extra spacious as it is bathed in the natural daylight.

From the driver’s seat, the digital instrument cluster is a highlight, with its clear displays and customizable screen. This has been a wonder every time I have experienced it from VW, which executes this technology very well.

The interface is excellent, with responsive controls and easy to understand menus.

Out on the road, the Atlas is as smooth as butter even over some rough pavement thanks to the four-wheel independent suspension. The large SUV keeps occupants from feeling too many of the nasty bits on their journey, and the cabin is also a very quiet environment.

And for such a large vehicle, it actually handles corners quite effectively, even at elevated speeds.

With room for up to seven passengers, or five and a whole lot of gear, the Atlas combines a versatile passenger compartment with a wholly acceptable performance. It is not without its imperfections, but the Atlas is worthy of your consideration if you are in the hunt for a seven-seat family hauler.