A brand new hybrid vehicle for under $30,000 seems like a good deal to me. Add to that the fact it is part of the venerable Corolla family and it is hard to see a downside to the decision to purchase a 2021 Toyota Corolla Hybrid.

As more and more hybrid and similarly electrified vehicles come to market, it was inevitable that they would become much more affordable and this version from Toyota is made for the masses.

The base price for the Corolla Hybrid is $24,990, and even with the $2,000 Premium Package added, consumers are able to get into this vehicle for 27K before taxes, and that’s a win.

The Premium Package is definitely worth adding, though, since it includes heated front and rear seats, a heated steering wheel, wireless charging, Softex seats, driver lumbar support and ambient lighting.

Powertrain: The front-wheel drive Corolla Hybrid isn’t going to blow you away with its performance, but that’s not why consumers would be considering this type of vehicle to start with.

Under the hood is a 1.8-litre four-cylinder engine paired with Toyota’s Hybrid Synergy Drive, and together they deliver 121 horsepower and 105 ft-lb of torque through an Electronically Controlled Continuously Variable Transmission.

The engine and hybrid system work seamlessly to produce the power you need behind the wheel. You can force the Corolla Hybrid into EV mode through a button just ahead of the gear selector, but the system will quickly switch back to the engine if you are too hard on the accelerator.

And that’s the tricky part here, being gentle on the pedal to ensure that you are using the electric motor as effectively as possible. It’s a major adjustment for many drivers and be prepared to have cars riding your exhaust pipe as you slowly creep off the line.

Judging by my fuel economy average after my week with the Corolla Hybrid, I still have some learning to do. I returned a combined 7.1 litres per 100 kilometres compared to the estimate of 4.5 L/100. Not a great number, but I’ll take it.

Exterior: The best part of the Corolla Hybrid is that it looks like any other Corolla and not some futuristic concept that will have the neighbours questioning your judgement. 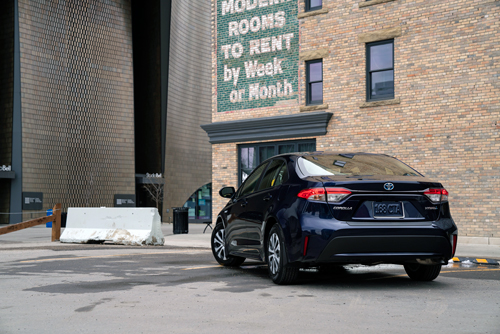 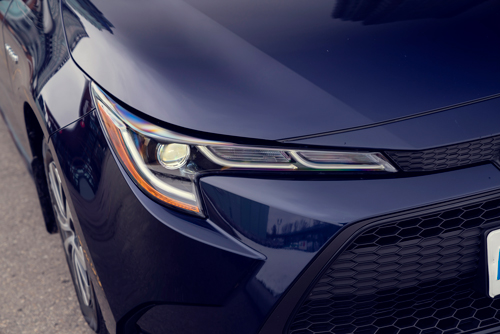 And it’s a good thing Toyota designers didn’t mess too much with the look for the hybrid because the Corolla is a nice-looking compact sedan. Pretty much the only sign of any difference is the subtle Hybrid badge on the trunk lid.

From the front grille flanked by J-shaped LED headlights to its silhouette and wheels, the Corolla looks downright sporty. That is not something I would have said a few short years ago.

Interior: The cabin of the Corolla Hybrid is also nicely designed and laid out, and despite being a smaller vehicle, it did not feel overly cramped.

For this price point, the materials in the cabin, as well as the fit and finish, are quite good. The interior feel of the tester was enhanced thanks to the Softex seating surfaces, a definite plus over cloth for minimal cost in this vehicle.

Rear seat legroom is okay but not great, and taller passengers might also find headroom a little tight.

Trunk space, however, is quite impressive for a vehicle this size.

Despite the touchscreen ability, the system features good old-fashioned buttons and dials to navigate and control the system. They are done in a subtle way though that doesn’t clutter up what is otherwise a clean and modern design.

While not the most responsive or featuring the prettiest menus, the system is functional and will meet the needs of most consumers.

Drive: The Corolla Hybrid is not going to deliver many driving thrills on the road, but it does offer a good overall ride and feel.

The suspension and steering feel are both more than adequate for the segment, and it handles itself well even in snowy conditions.

It is not entirely surprising to say this, but the Corolla Hybrid is another solid everyday driver from Toyota. 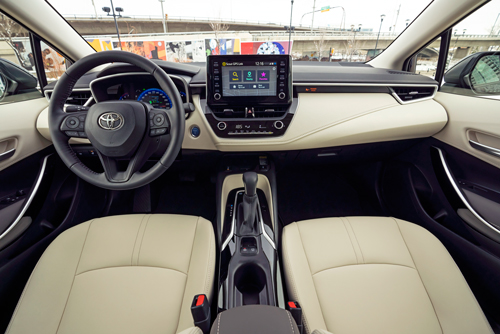 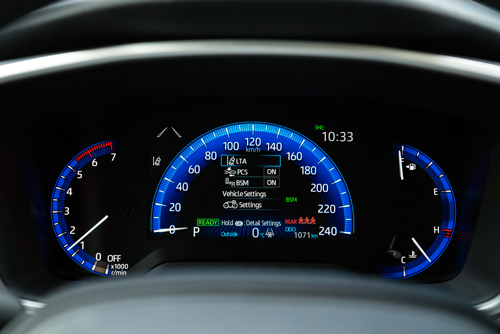 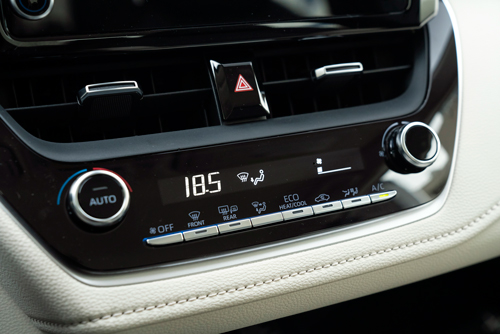 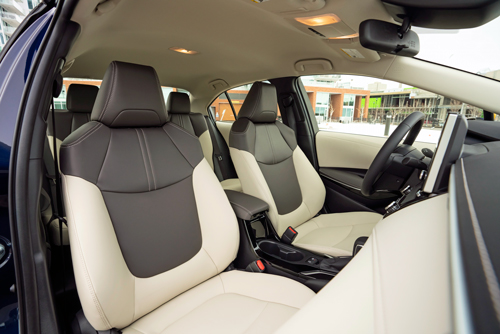 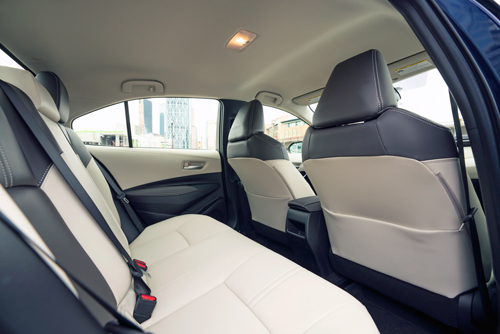 Conclusion: The reality is that the cost of this model is not that much more than a mid-range gasoline-only Corolla. So for anyone hesitating about buying a hybrid, the minimal different should make that decision much easier. Unlike previous generations of hybrids, the cost of ownership – and therefore the return on your investment in the form of less money spent on fuel – is much more affordable. The Corolla has often been referred to as a people’s car, and this reasonably priced hybrid certainly follows in those tire tracks.