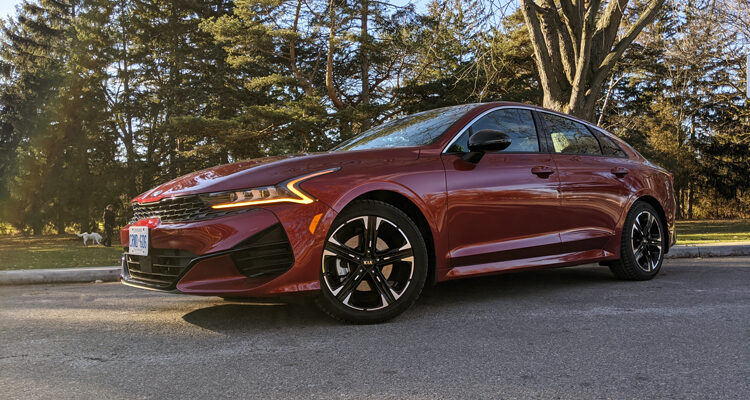 In 2020, Kia announced the complete overhaul of its mid-size sedan, the Optima. Along with its fresh new face, the model also received a shiny new name badge. After the Magentis and Optima eras, Kia rechristened the model for the third time and adopted the Korean alphanumerical convention of K5.

The design is a fresh take on Kia’s tiger face aesthetic with a shark-skin mesh grille framed with what the manufacturer refers to as “heartbeat” LED daytime running lights. The eye is then dragged along the well-defined character lines, toward the back where the fastback roofline gives the car a dynamic, tilted-forward stance. These design choices, some reminiscent of the Stinger, give the K5 a premium feel beyond its $30k price tag.

It looks to me like Kia has taken a more masculine approach to the design and it works. I love that for them. Or at least, I did until it snowed and I had to access the K5’s trunk to retrieve the snowbrush. That’s when I realized that the elegant, sloping roofline is also at the perfect angle for the snow to slide down the rear window, through the gap between the lid and the opening, and fall into the trunk.

Once the miniature avalanche started, the snow got in the way and prevented me from closing the lid in my attempt to limit the damage. I simply had to accept my fate. You might want to invest in a tiny shovel or keep the snowbrush easily accessible like inside the cabin if you live where winter involves snow.

The whole affordable luxury theme continues on the inside, where Kia treated the synthetic materials in a way that they don’t feel cheap. It’s the case with the leatherette upholstery with contrasting stitching, for instance, or hard plastic surfaces contrasted with soft, textured surfaces and brushed chrome-like accents. I also noted that the company made an effort to sound-proof the cabin which added to the car’s overall elevated feeling. 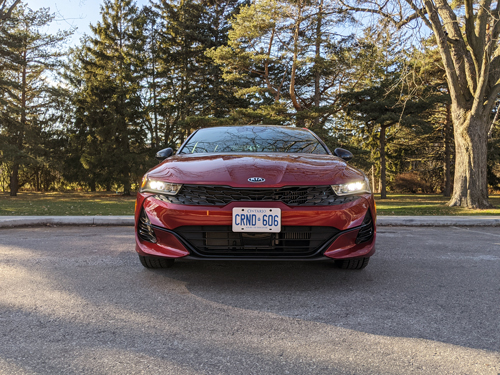 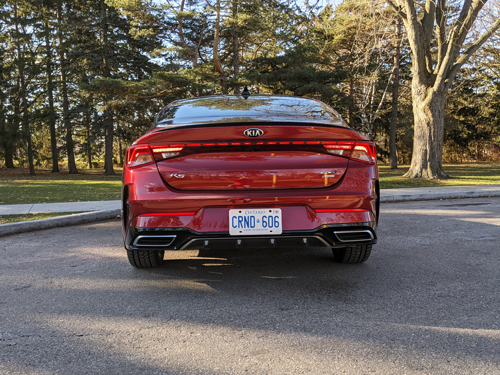 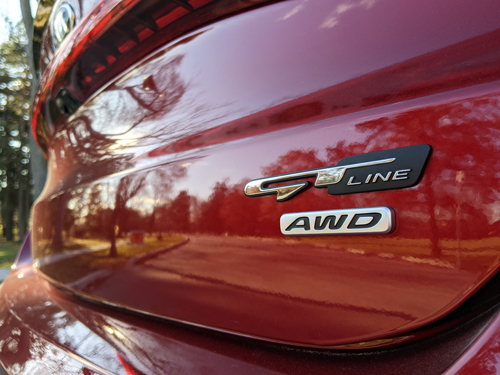 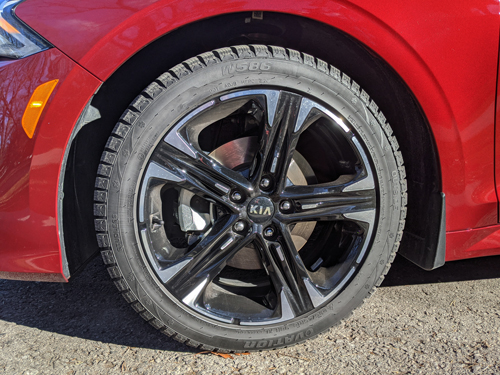 Typical of a South Korean car, the K5 is packed with the latest features and with user-friendly functionalities. Even in the base LX model, we find most techs and accessories we normally look for and want in a vehicle in 2021. The list of standard features includes heated seats, drive modes, wireless Apple CarPlay and Android Auto compatibility, a backup camera, and even a wellness section for those who want to listen to nature sounds in their car.

The GT-Line I drove, third on the four trim level scale, even features what Kia calls its “Highway Drive-Assist” which puts the car in charge of steering and modulating the speed (smart cruise control). Simply put, you get a mild form of autonomous driving. The driver needs to remain involved by keeping the hands on the wheel, among other things, so no Netflix or napping while the car is driving itself.

In terms of interior space and layout, there’s good and there’s bad. On the downside, I found the cargo space limited due to the wheel wells significantly narrowing down the available volume. That being said, what the K5 lacks in cargo space, it makes up for in habitability. I found the cabin spacious and I can easily see four adults sitting comfortably, even at the back. Being on the slightly taller side myself, I was surprised with how much legroom there is at the back for the size of the car.

The car comes with standard all-wheel-drive and a 1.6L turbocharged inline-four on all three lower trim levels—the top-of-the-line GT gets the bigger, 2.5L turbo engine that, interestingly, sends all the power to the front wheels.

The engine has some real potential as showcased in the sportier versions of the Kia Forte and even in the Hyundai Elantra Sport. In the case of the K5, however, the output was reduced to 180 horsepower, down from 201, and 195 lb-ft of torque, paired with a “standard” 8-speed transmission rather than a dual-clutch. Now, 195 is a decent amount of torque and you’d think the car would be a little livelier, but the transmission tends to get in the way.

It gives the car a milder, more predictable, almost subdued behaviour. It’s not a terrible thing, I personally would have liked a little more sharpness and responsiveness from the powertrain. The whole driving experience was pretty mellow as the K5 drives and handles smoothly. 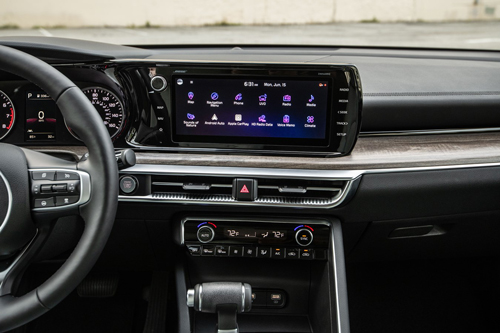 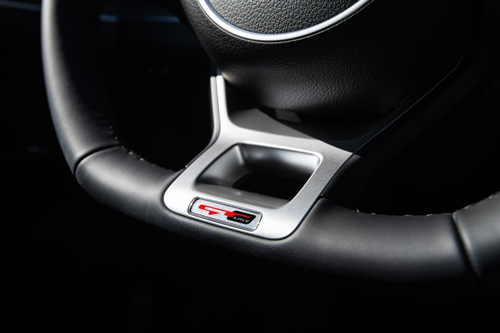 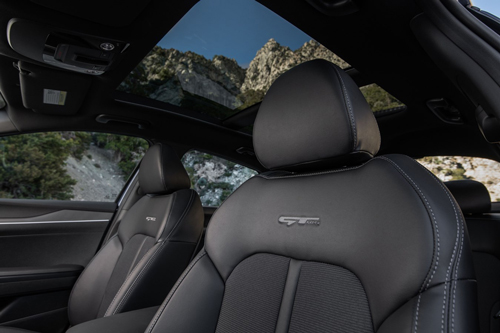 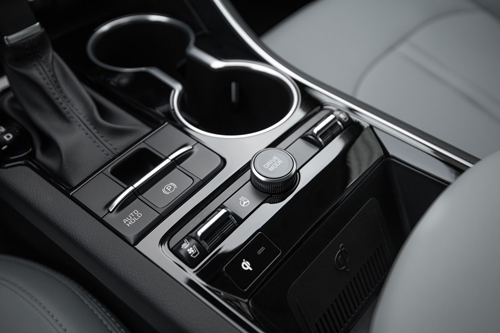 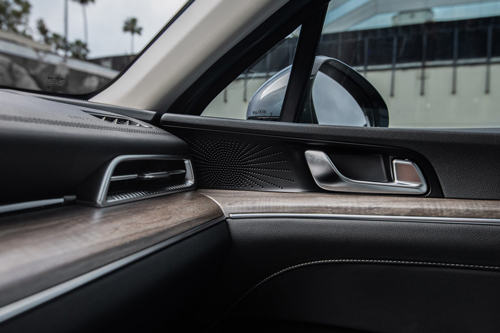 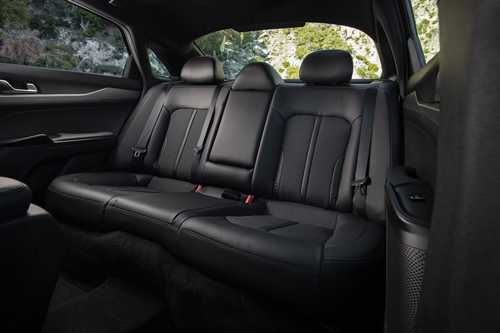 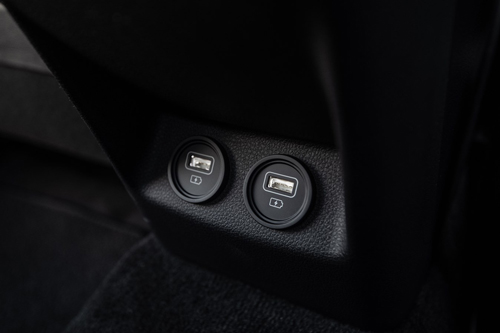 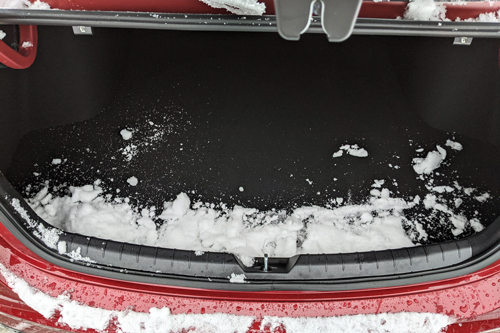 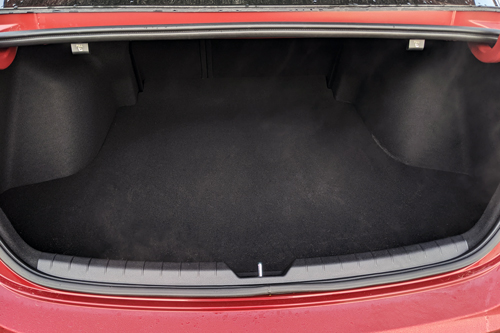 The good news is that if you really like the 2021 Kia K5 but also want that little extra kick, the GT will give you that so you don’t have to avoid the model altogether. After all, despite its vanilla personality, the K5 is a well-rounded, well-equipped, and affordable car. What it needs to do, it does well, and what it lacks in personality, it makes up for in comfort and with features.