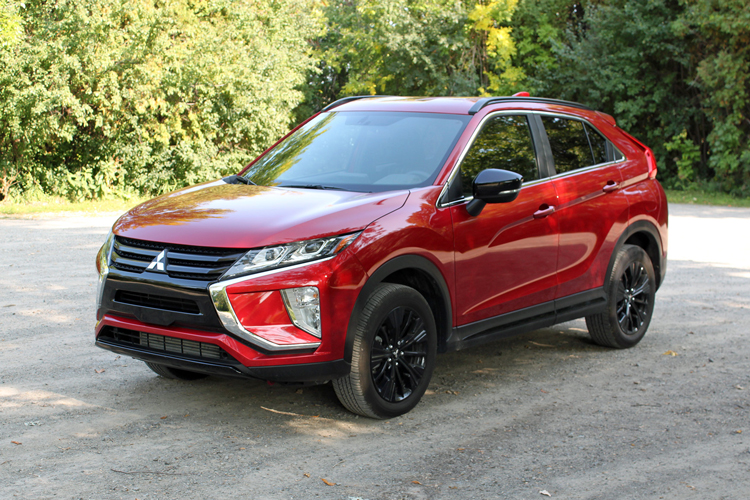 It’s a little bit of the forgotten one at times in a highly competitive compact crossover segment that seems to see new models enter the playing field almost every year.

Given that, the 2020 Mitsubishi Eclipse Cross (a model that is still relatively new, having been introduced as a 2018) faces a daunting task against the other models on the market.

But it is not without its merits, including good value and a design that stands out against the rest (although maybe not to everyone’s liking).

All Eclipse Cross trims come standard with S-AWC, while the Limited Edition gets a few extra goodies.

Those include 18-inch black alloy wheels, LED headlamps, black grille, exterior mirrors and roof pillars, aluminum pedals, a heated steering wheel and heated rear seats. Those black accents especially stand out against the red exterior of the tester, so it would be my choice if I were buying.

The Eclipse Cross gets its power from a turbocharged 1.5-litre 4-cylinder engine, which produces 152 horsepower and 184 ft-lb of torque.

While those numbers won’t sound great to some, I found that the engine did a commendable job delivering the power the driver demands with very little fuss.

The engine is paired with a continuously variable transmission that does a good job, but also gives the driver some semblance of control through paddle shifters. For the most part, I let the computer do its thing running the show here.

During my time with the Eclipse Cross, the driving was split pretty evenly between the highway and city streets, but despite that I wasn’t able to match the estimated combined fuel economy average of 9.3 litres per 100 kilometres. That said, my score was reasonable at 10.4 L/100 km, just not as advertised.

In terms of styling, the Eclipse Cross has some distinctive elements that make it stand out, but not all of them will appeal to everyone.

Luckily for those people, teaser images of an upcoming redesign for the 2022 model year portend some interesting styling changes to come – including the headlight assemblies and rear end.

As it stands now, however, that back side may be the sore point for some consumers, bringing back dreadful memories (nightmares?) of the Pontiac Aztek.

Granted, the Mitsubishi version is more elegantly executed, blending into some sleek taillights and leading the eye to the rising beltline.

Up front, you also have some distinctive features, from the large fog lights to the chrome Cs that surround them. Looking at it straight on, you might even notice hints of the spindle grille Lexus is now known for – which makes sense once you sit inside and get your hands on a piece of the Mitsubishi tech.

The Limited Edition gets the extra touches of the black wheels and accents, making it look a tad more upscale.

Inside, the first thing that struck me was the pattern on the seats. And not in a good way. It’s a very busy pattern, with zigzagging lines making diamond shapes that really just hurt my eyes. Simple black would have been better, in my opinion.

The rest of the cabin, though is well executed. The abundance of black is broken up by aluminum accents, and the 7-inch infotainment screen sprouts up from the centre stack, like so many other models these days. Just don’t go looking for any dials, with many of the system’s controls being actioned through a Lexus-like touchpad in the centre console. It was functional, but I did find it hard to get it to do what I wanted at times, especially when in motion.

The controls for the ventilation system were easier to operate, thankfully, through a more conventional setup. However, there’s a bit of a generation contrast going on: while most are modern, the switches for the heated seats are a simple toggle switch, which is very much old school. Functional, yes, but they just seemed out of place to me.

The infotainment system itself was good but didn’t wow me. Thankfully, in the Limited Edition it features an upgraded six speakers, as well as the addition of Apple CarPlay, Android Auto and satellite radio.

Out on the road, I found the Eclipse Cross could get quite bouncy, especially on some rougher roads, making the drive a little rough around the edges.

It does offer responsive steering, resulting in some excellent handling characteristics, which was especially appreciated in the tight parking lot at my son’s school.

The S-AWC system comes with three modes (Auto, Snow, Gravel) that can easily be selected by the driver. Left in auto, the Eclipse Cross optimizes the vehicle’s driving dynamics based on the road and driving conditions. 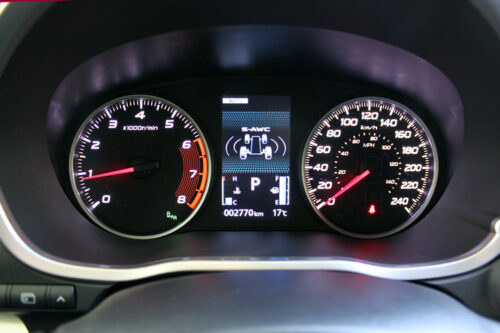 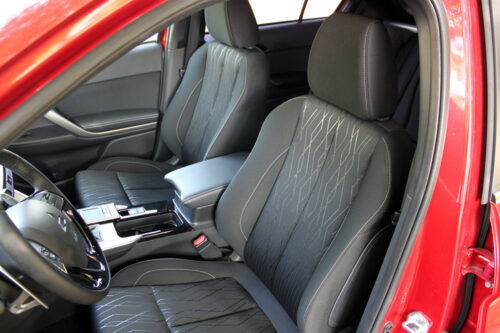 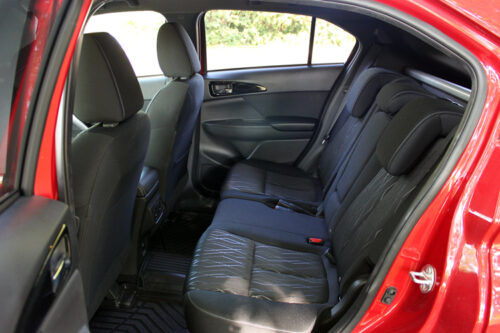 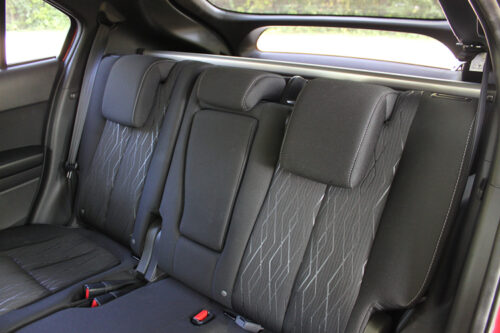 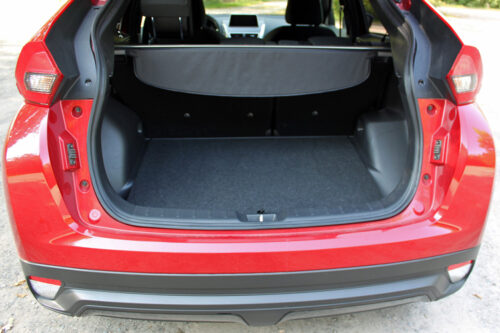 Taken as a whole, the Eclipse Cross is a strong offering in a very crowded market. There are signs that it has established a foothold, with a sales increase of 42 per cent in 2019, Mitsubishi says. And the automaker also says the clientele buying the Eclipse has shifted to more socially conscious shoppers, likely attracted to the vehicle’s stated fuel economy, versatility and warranty.

With a redesign in the very near future, it will be interesting to see whether the model can eclipse – pun intended – any of its competitors.