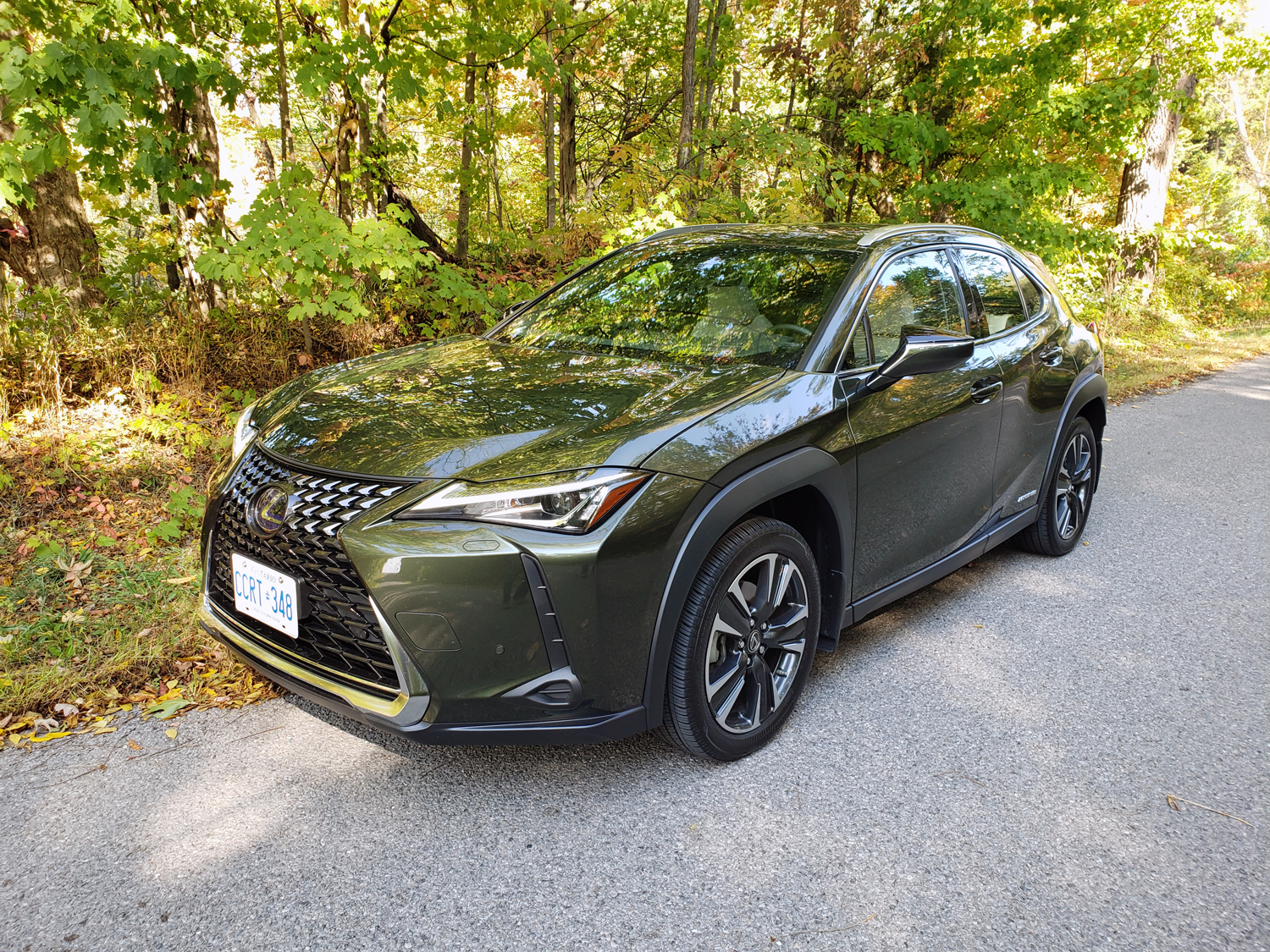 Compact crossovers are taking over the world. You’d be hard-pressed to find a brand that doesn’t have at least one crossover in its lineup (if they haven’t doubled and even tripled-down in the segment). But what about hybrid options? Considering how popular and versatile those little do-it-alls are, it’s surprising how few of them are available in hybrid variants.

The sight is even rarer when you look at premium brands. If you’re shopping for a luxury crossover, sure, you have your pick among the industry’s biggest names. If you want to add an electric motor into the mix, however, your list of options drops to only one. Hope you like the Lexus aesthetic with its oversized hourglass grille because the UX250h is all alone in its category.

Granted, the model doesn’t have the sex appeal and appealing performance figures of its German counterparts. That being said, the UX is aggressively priced, despite the $2,000 premium for the hybrid powertrain, and it benefits from Lexus’ enviable reputation for reliability.

Once you come to terms with owning a Lexus (whether willingly or begrudgingly), what does the smallest Lexus SUV of them all get you? I made a trip to and from Montreal to answer that question for you.

Looks-wise, you either love what Lexus is doing or you don’t. I think the fact that the brand manages to stand out from the crowd is a feat in itself. You can spruce things up and give your UX250h a bit more edge with one of the two F-Sport options offered for the model. You know, just in case you’re trying to convince yourself that you don’t need a turbocharger and Earth-shattering performance and that you’re choosing to save the planet one drive at a time instead.

The UX gets you the footprint of a sedan with the versatility of a hatchback and utility of an SUV. It’s no wonder the segment exploded in recent years. 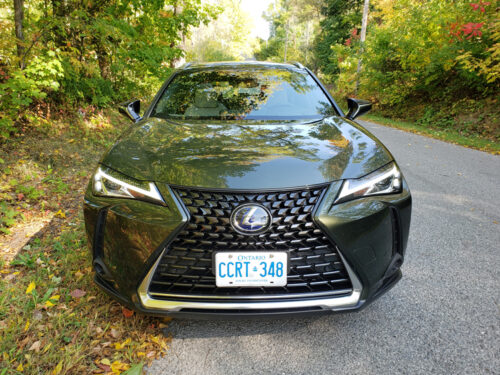 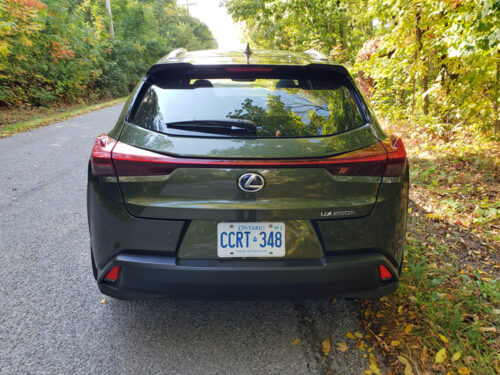 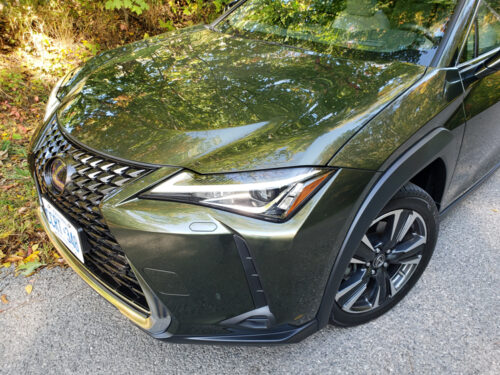 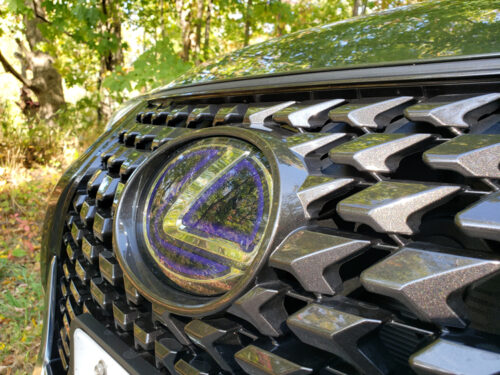 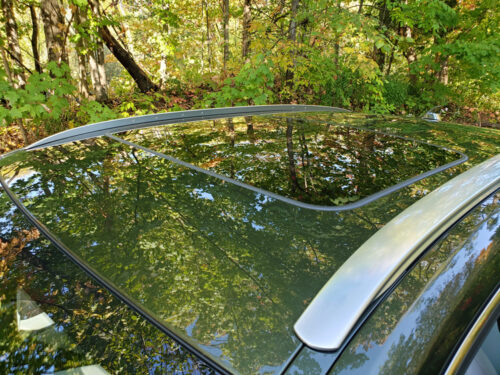 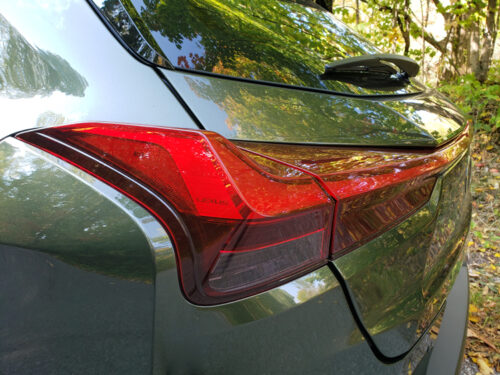 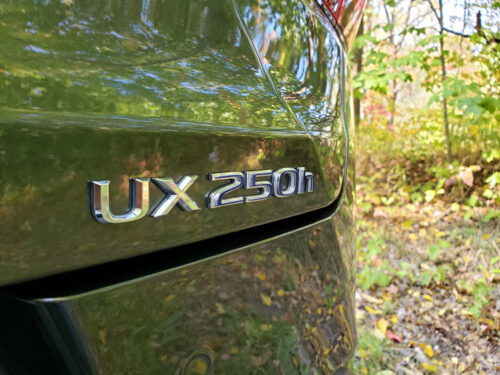 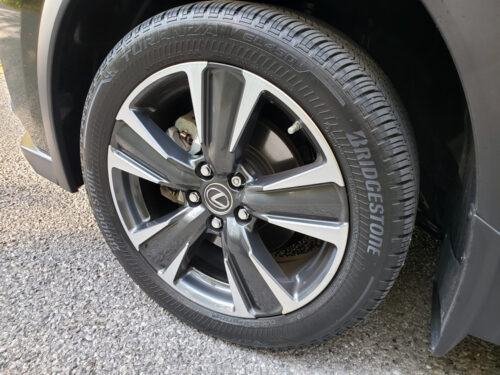 While interior space up front is comfortable and roomy, in the back, the UX deals with the same legroom limitations as any other compact vehicle. At 486L, cargo volume behind the second row of seats is on the smaller end of the spectrum as it’s one of the few models with a volume smaller than 500L.

Considering that I wouldn’t consider the UX a family-friendly kind of vehicle anyway, the number of times you’ll have to carry an overwhelming volume of cargo AND two passengers in the back can likely be counted on the fingers of one hand. That means that there should be enough space for your everyday needs—a space that can easily be modulated by folding the rear seats down.

The cabin is sober and elegant. There’s an inherent quality in the materials and finishes that gives the cabin an elevated look and feel. Interestingly, the dashboard is slightly tilted at the center, pointing the controls toward the driver—yet another proof that comfort is driver-oriented.

I’ll be blunt: the infotainment system navigation is infuriating at best. Despite what I suppose is Lexus’ attempt at an ergonomic and user-friendly way to navigate through all the functionalities, the system is everything but any of these things. The trackpad located on the center console cruelly lacks precision and forces the driver to focus on figuring the system out why defies the purpose. The unintuitive system’s interface itself doesn’t do anything to help.

Otherwise, this vehicle has all the goodies—standard or optional—you expect to find in a luxury vehicle including a backup camera, blind-spot monitor, Android Auto and Apple CarPlay connectivity, heated and ventilated front seats, navigation, and much more.

Under the hood, the UX250h is powered by a 2.0L, four-cylinder engine paired with two electric motors and a CVT, rated at a reasonable 181 horsepower—a 13 hp premium over the base UX200. The hybrid trim level also comes with standard all-wheel-drive.

Of course, if you compare those power figures with the turbocharged competitors, they look a bit anemic. However, at no point did I feel like I didn’t have enough power under the pedal to get things done—and I’m a proud member of the Enthusiastic Acceleration Society. I’d even go as far as to say that I was pleasantly surprised at how responsive the engine is, thanks among other things to the electric motors.

I’ve often praised Toyota and Lexus hybrid powertrains’ efficiency and have been pleasantly surprised by their performance on more than one occasion. This time, I found myself slightly underwhelmed. A combined average of 6.5L/100km is far from catastrophic but compared to other standard hybrid compact crossovers, that average seems a little high. 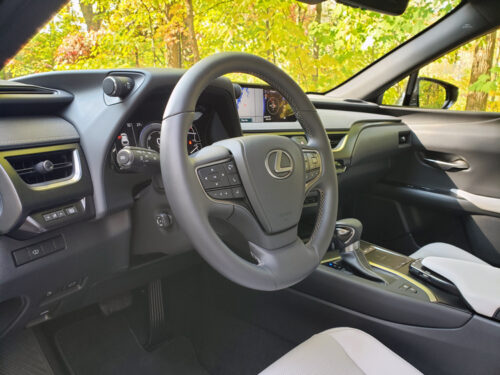 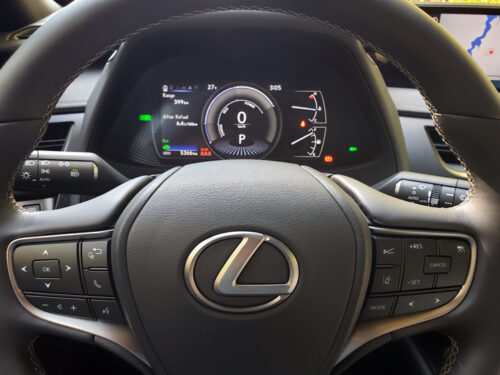 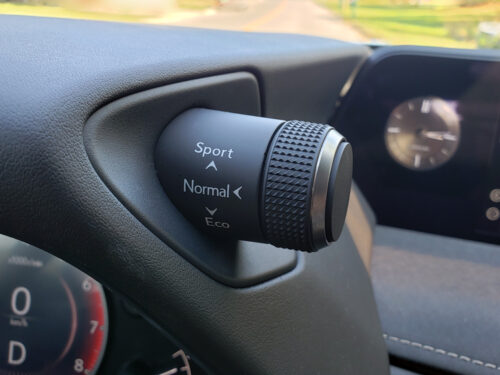 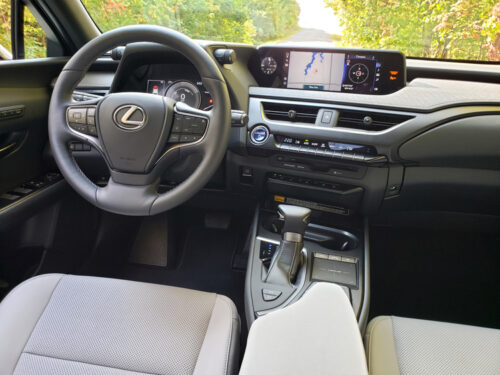 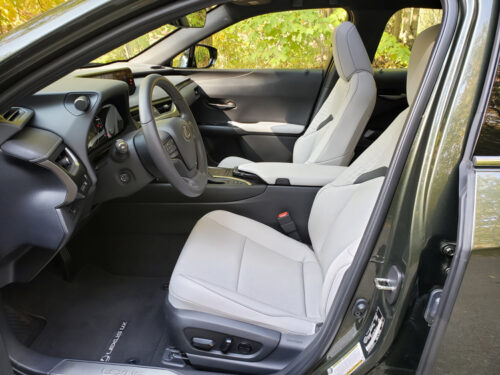 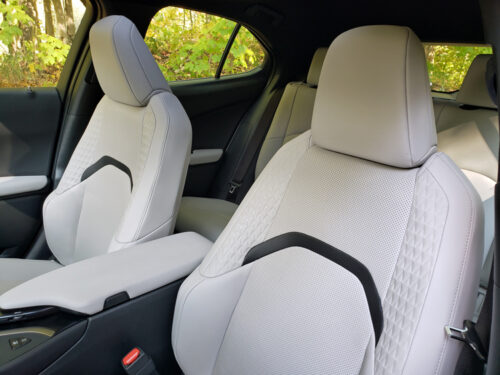 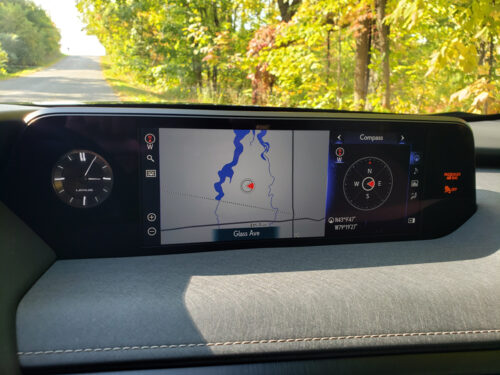 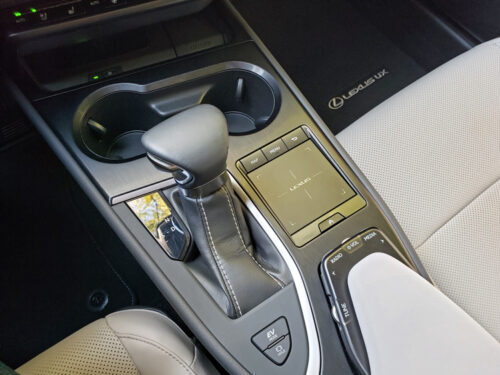 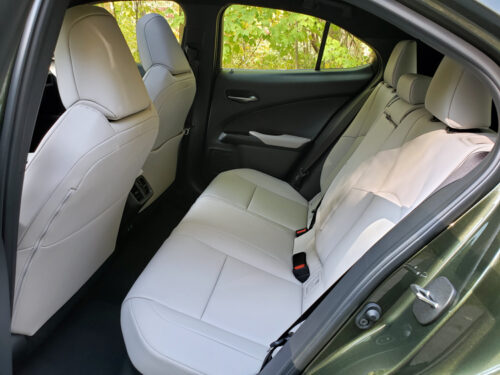 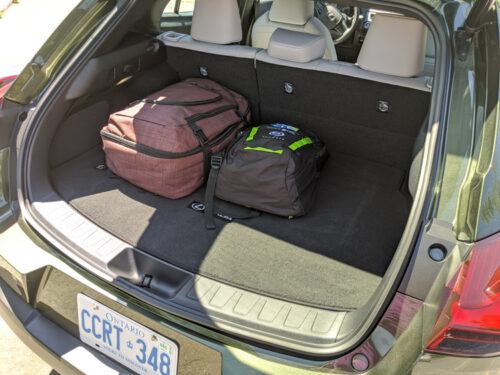 It could partially be explained by the fact that I spent most of my time on the highway where the electric portion of the powertrain didn’t get as much of a chance to shine as in the city.

So, let’s go over everything: you get nice, premium materials, top-notch assembly, a golden brand reputation, the only hybrid powertrain in the segment, standard all-wheel-drive, responsive power delivery, decent fuel economy, all that at one of the most affordable price tags in the market? What more convincing do you need to add the 2020 Lexus UX250h AWD to your shopping list?