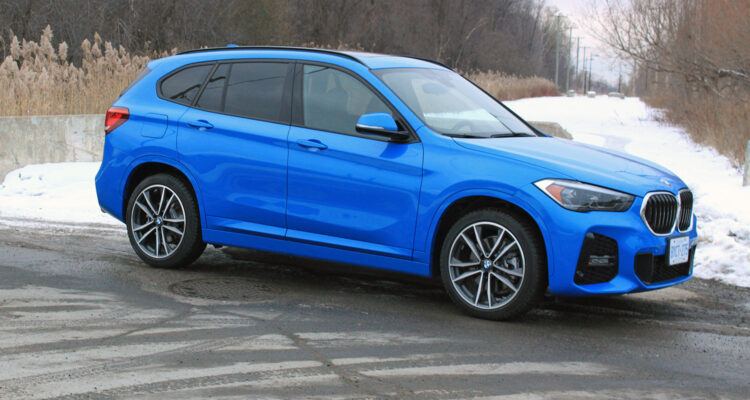 Seeing a photo of the revised 2020 BMW X1 xDrive 28i for the first time, one current owner of the Sport Activity Vehicle had a simple reaction: WOW, very nice!

And who could blame her, especially decked out in one of the new exterior colours being offered, the stunning Misano Blue metallic paint.

The fact the X1 has received some significant exterior styling upgrades, including the optional eye-catching 19-inch M alloy double spoke wheels pictured here, it definitely doesn’t hurt its curb appeal. In my opinion, this takes it to a higher level than the outgoing model.

Our tester was fitted with several optional packages, notably the Premium Package Enhanced and the M Package, which boosted the starting price of $41,900 to $50,600 (before fees and taxes).

The baby bimmer sport ute offers up a pretty lively drive thanks to the turbocharged engine that lies behind a revised grille.

It’s a 2.0-litre 4-cylinder turbo engine that can motivate the X1 from a standstill to 100 kilometres per hour in 6.5 seconds due to the 228 horsepower and 258 lb-ft of torque it produces.

It’s a nice engine for a daily driver with full torque available in the low and mid RPM ranges. 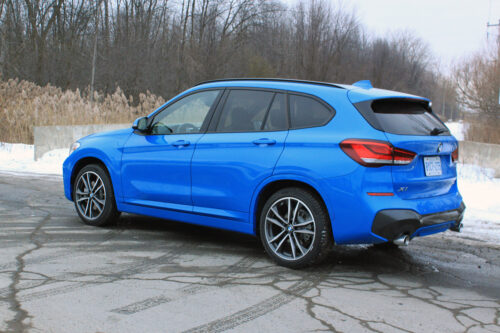 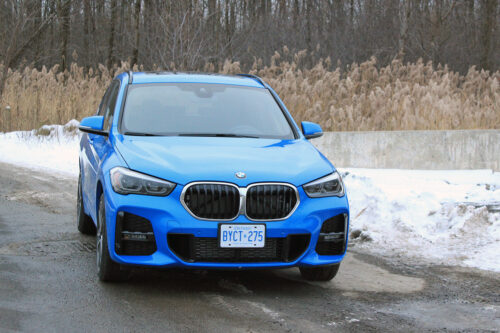 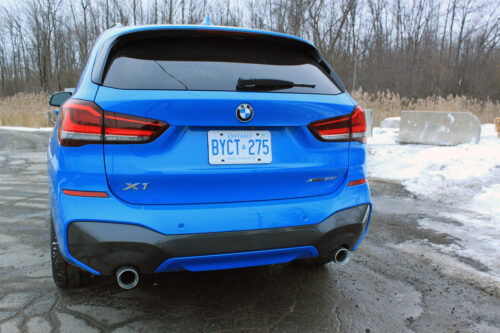 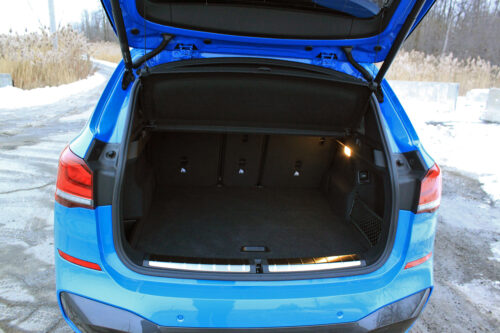 Engine power is distributed via an 8-speed Steptronic automatic transmission that is very smooth, which is also coupled with the xDrive all-wheel drive system.

The revised grille mentioned earlier now resembles those found in other BMW models such as the X1’s larger stablemates, the X5 and X7. The kidney shaped openings are more sculpted and larger, which allows better airflow into the engine bay, according to BMW.

The X1 also receives new LED headlights and fog lights that are integrated into larger openings in a redesigned front bumper.

The rear bumper has also been revised and the X1 now features tinted LED taillights with L-shaped light bars.

As if that wasn’t enough change, the M Sport line gets some aggressive aerodynamics package featuring side skirts, wheel arch trim and a body-coloured rear diffuser.

Inside, the X1 also gets some updates, including a standard 8.8-inch central display screen and a new electronic gear selector switch for the automatic transmission.

Our tester featured the optional perforated Dakota leather, which is a nice look. The optional Sport seats were a tad uncomfortable, however, especially because of the joint that could be felt on my legs where an extendable part of the lower seat is located.

Overall though, the cabin is nicely laid out and the materials are top notch, including some decorative contrast stitching on the seats.

Rear passengers will be a little short on legroom and seating three across is a bit of a tight squeeze. There’s also the matter of the rather upright rear bench.

The tester was also equipped with a large panoramic sunroof, heated steering wheel and a head-up display that help enhance the experience in the X1 in their own way.

Sitting atop the centre stack is a large 8.8-inch touchscreen that is now standard for the infotainment system, which is modern and easy to use. It comes with a navigation system and Apple CarPlay compatibility as standard, but strangely no Android Auto. 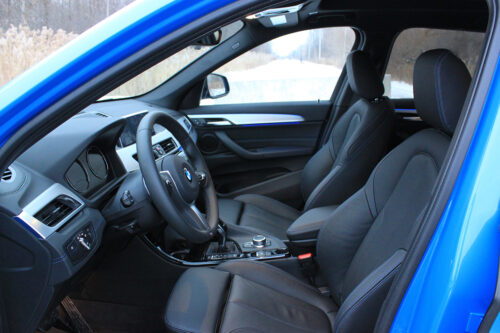 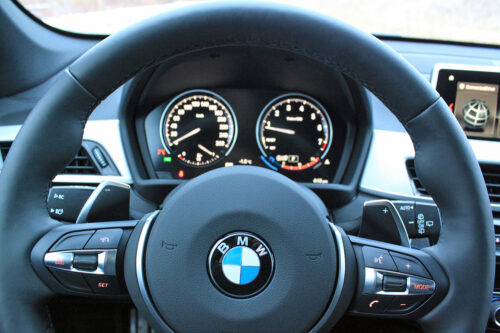 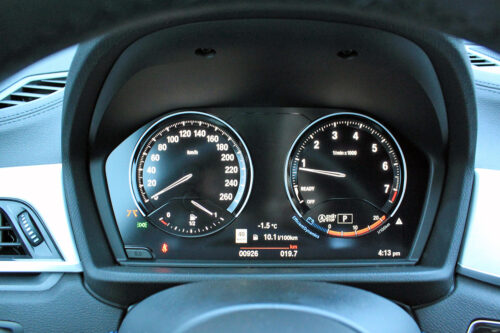 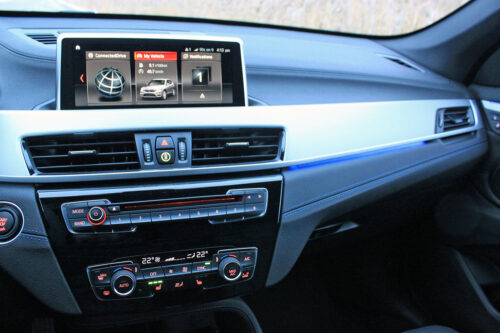 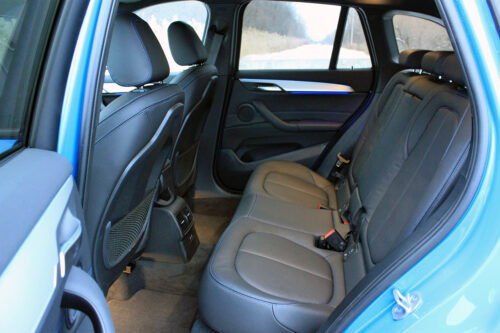 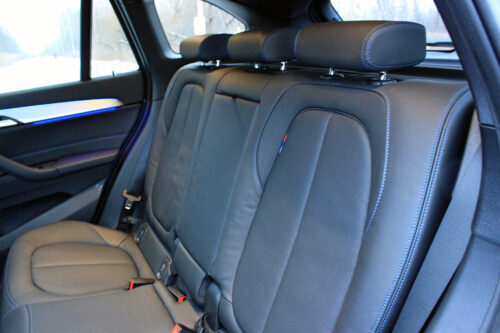 The system itself was pretty easy to understand and get used to, with clear menus and functions from BMW’s iDrive 6 operating system.

Thanks to an engaging engine under the hood, the 2020 X1 delivers a pretty athletic and solid drive on the road. The firm suspension also provides a feeling of control, something you should expect from a BMW SUV.

Overall, the 2020 BMW X1 delivers in several key areas: It looks good, offers plenty of power and features good driving dynamics. Rear seat room is still on the tight side, but there’s a good amount of cargo space for a vehicle this size, so the trade-off may be worth it.

Either way, I would opt for the Misano Blue; even with the extra cost for metallic paint.