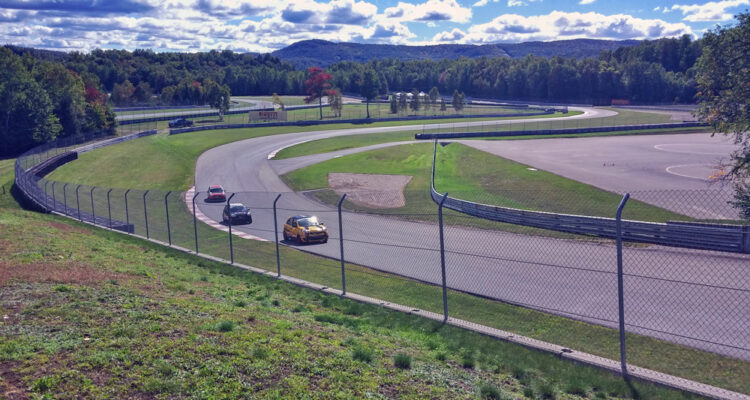 In the realm of motorsports, very few series can be called accessible or even… cheap. But for the octane addicts looking for a zippy, fun, convivial racing series, without paying the big bucks and having to ask for a blessing from F1 kingpin Bernie Ecclestone, Nissan might have something for you. 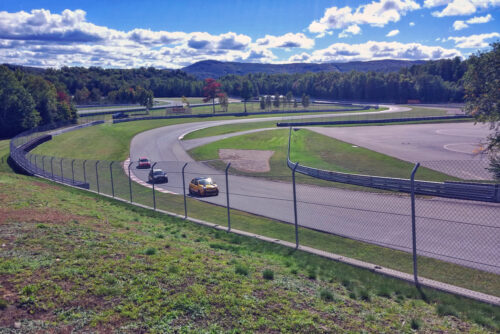 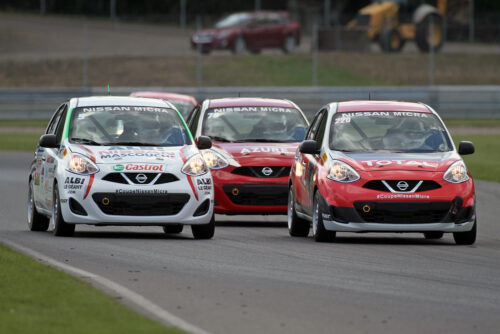 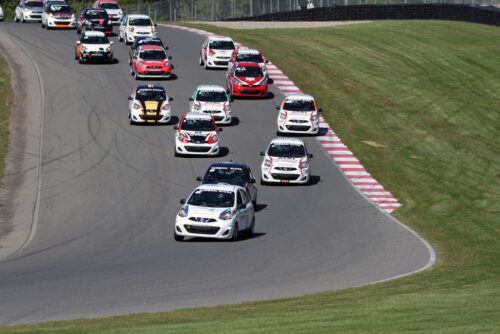 The Micra Cup series launched last year as the cheapest, most accessible racing series out there. For $23,000 you can get your very own race car: a Nissan Micra prepped and tuned by the MIA team in Saint-Eustache, Quebec, that ensures all cars are on spec — no wiggling your way into boosting up the performance, all the cars are the same — with NISMO S suspensions, racing seat, high performance brake pads and a modified exhaust to give this bug a bit of pep.

In its first season the Micra Cup was exclusive to the Quebec race tracks. It has now been extended to Ontario and according to Didier Marsaud, Nissan Canada Communication Director, the interest for the series has been booming. I had the chance to sit down with Didier and discuss the series during the last event of the 2016 season at the Mont-Tremblant race track.

From an average of 24 competing cars per event, the series has grown to a starting grid of 28 for the 2016 season. Didier said, not without some pride, that even drivers from other, more professional racing series have been asking for a spot at the wheel of one of the bee-sounding subcompact cars. He added that the spirit of friendliness between all the teams, willing to help one another, factors in the series’ popularity. He also pointed out that most cars currently on the track were already two seasons-old and that despite having been put through a bit of a beating, they were still in a great shape and had required very little work – except for the ones that had close encounters with walls. There has been no need to change cars every new season, which, he hopes, gets the message across that if the model can withstand the hardships of racing, it will be your most reliable ally on the roads.

Didier used the terms ‘professional amateur’ to describe the series, explaining that people from all walks of life can partake, no experience required (the amateur), and that they receive the full support of Nissan Canada (the professional).

I asked him if he expected the series to grow even further and expand to other provinces. The answer was straightforward: not for now. He explained that the perk of the Micra Cup series is above all how affordable and accessible it is. By expanding to other provinces, the costs for the participants go up and events across the country become more difficult to attend. By keeping it ‘local’, the teams can travel more easily and keep their costs down. For the same reason, the 2017 season should go down from 8 events to 6, hopefully three in Quebec and three in Ontario.

At only 109 horsepower, what makes the racing Micras so much fun? Didier explained that the smaller engine is exactly what makes it so fun: all the cars are the same, so it all comes down to the technicalities. The cars perform best on momentum so drivers have to be technical about every curve and straight line and maneuver in a way that will not only keep the momentum, but also build on it. And yes, they’re as fun to watch as they are to drive. The enthusiastic, high-pitched screech of the 15-inch wheels in the corners combined with the buzzing of the modified exhaust note of the 1.6L, 4-cylinder block might sound anything but serious, but the action behind the wheel and the competition definitely are.

With an ever growing interest in the series, the Nissan Micra Cup is already two seasons strong and doesn’t plan on stopping there. The most affordable racing series in Canada ended another successful this past weekend with the 2016 Fall Classic in Tremblant. The weekend belonged to Xavier Coupal who won both outings, driving car #572, which also landed him the top position for the season and awarded his team, Albi Nissan, the team championship win. Rookie Stéfan Gauthier impressed everyone on his first season in the series and won first place in the rookie standings.

Check out the Nissan Micra Cup official website for all the details about the upcoming 2017 season.