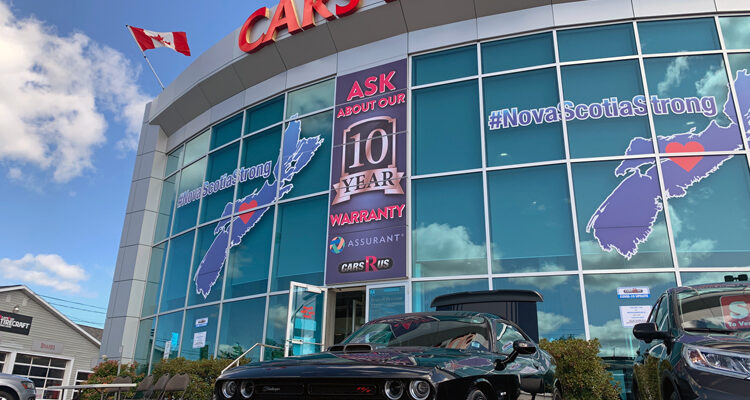 Most gearheads recognize there is no end to the motoring references in rock-n-roll. From ballads about Highway Stars to paeans about Ocean Drive, concert speakers have been belting out car-sodden lyrics for decades.

It’s also easy to find songs about buying a vehicle. Tom Petty said, “waiting is the hardest part”, which is surely in reference to lineups at the DMV. The Rolling Stones opined “you can’t always get what you want”, certainly talking about payment terms and finance rates. Ironically, the Stones went on to get everything they wanted, including Keith Richards who received the medical attention he needed after falling out of a coconut tree in 2006.

With lyrics bouncing around the echo chamber that is your author’s head, plans were hatched to find a supplement to our Jeep Cherokee Trailhawk, purchased in May as a replacement for a much loved but high mileage Dodge Charger. The latter was recently sold to a young man who turned COVID-19 school closures into a money-making opportunity by sticking at the warehouse job he only intended to keep for a week-long March Break. After it became clear schools were out for good, he continued to work until he had saved enough for a cool set of wheels. The kids are alright, it seems.

Nearly a decade old, that Canadian-built sedan went on countless road trips including a day-long tribute to The Tragically Hip, one which began in Bobcaygeon and wound its way through Ontario before paying homage to Gord and the crew in Kingston. It served as a teaching tool for the fine art of handling a rear-drive car in winter and pressed into duty for – quite literally – four weddings and a funeral.

Options and choices were considered, studied, and tossed aside with abandon. “That Mustang in the city has good mileage but seems totally beat,” I mused to my endlessly patient spouse. “And the Camaro across town has the right engine but is a hideous shade of green.” Ruminations like these went on for days, sometimes without pause, until much of the oxygen had been sucked out of the room and a can of Aylmer diced tomatoes was threatened to be hurled at my rapidly balding head.

Alert readers will identify a theme to the vehicles being cross-shopped here. Large two-door cars have always been in favour at the Guy household, dating all the way back to a time when the unlikely pair of a 2002 Honda Accord EX-L coupe and 1989 Lincoln Mark VII LSC simultaneously took up residence in the driveway. Single cab pickup trucks also made the shopping list, since they’re essentially two-door coupes on stilts but with a bed and better towing capabilities. At least they are when viewed through your author’s jaundiced eyes, that is.

Two machines were crossed off the list after discovering interiors that were apparently on the losing end of a fight with several dozen blenders set to max puree, despite internet pictures to the contrary. “You’ll hardly notice it,” uttered one sales rep who smelled like a Phillip Morris factory, referring to a carpet tear roughly the size of the Grand Canyon. Another vehicle was de-listed from consideration after a clueless dealer continued to tout vinyl seats as real leather despite being corrected on the subject multiple times. No, Mr. Hair Gel, vinyl and leather aren’t “basically the same.”

Suddenly, the lyrics in my head switched to “Patience” by Guns n’ Roses.

These frustrations made finding the Dodge Challenger you see on these digital pages all the more pleasant. Cars R Us, located near Halifax, was founded over 30 years ago by Gary Shea and has since grown to include a towering storefront while earning a regular place on the list of Atlantic Canada’s Top 101 Companies. There’s something to be said for clarity and the tacit admission that smokescreens belong on James Bond’s car, not a used car.

One wrench thrown into the mix? The ongoing pandemic hasn’t just played havoc with restauranteurs and tour operators, it has required dealers to amend their daily routine as well. Masks are mandatory now for all Nova Scotia indoor public places, including car dealerships. Sorting the finer points of a sale when all hands have half their face covered was an alien experience, forcing your author to adjust his negotiation techniques on the fly instead of relying on a study of facial expressions. Gathering restrictions also relegated conversations to the building’s entranceway, marking the first time I have agreed in a porch to spend five figures since that time on George Street in Newfoundland that will remain unmentioned. 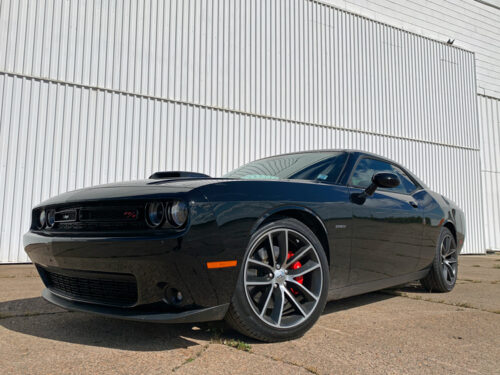 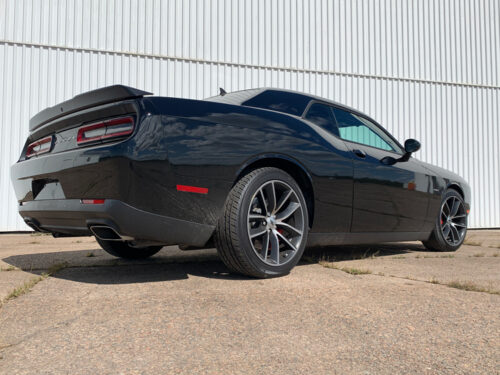 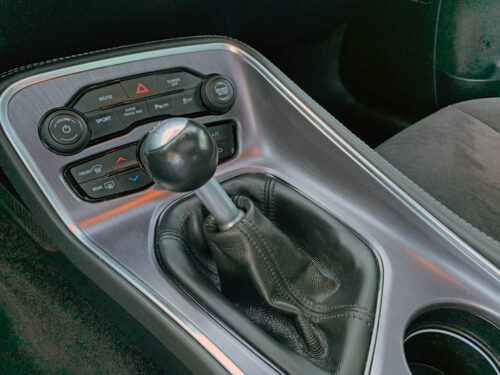 As for the Challenger, I am very happy. Mr. Shea and his crew were very accommodating and professional, making sure the car was properly sorted with good tires and a fresh service before delivery. It turns out a 2018 Challenger R/T Shaker in black with the six-speed manual is a 1-of-33 car, putting wholly unreasonable images of the 2050 Barrett-Jackson auction stage in my head. In fact, equipped with the Performance Handling Group and Harman/Kardon 18-speaker sound system, the Challenger you see here is a 1-of-1 options car.

Something else that’s totally unique? Adapting to the pandemic has resulted in a couple of business practices your author hopes stick around, including completing 100% of the paperwork without being herded into a business office. Finding a vehicle that checks the boxes at a dealership that checks a few more made for a good experience.

Perhaps the Rolling Stones were right with their lyrics after all.