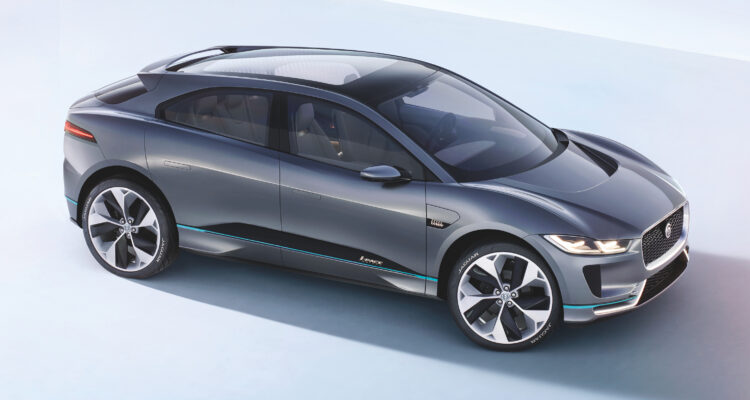 A new player has joined the electric SUV segment and it has Tesla’s Model X in its sight. Ahead of the 2016 Los Angeles auto show, Jaguar unveiled the e-powered version of the popular F-Pace named the I-Pace concept.

Ian Callum, the British prodigy behind designs such as the Jaguars F-Type and XF also signs the design of the I-Pace, which draws inspiration from the F-Pace without looking exactly like it. The hood is shorter and smaller, for instance, and that’s because the front portion doesn’t have to receive a full V6 engine block. The concept is built on what Callum calls a skateboard platform, with a flat battery pack located between the axles and an electric engine at each end. It has a lower gravity center, a longer wheelbase but shorter overall length, positioning the wheels towards the corners of the vehicle. The body work has been confirmed to present a drag coefficient of 0.29 (in comparison, the sleek F-Type is at 0.34).

Finally, this electric kitty will be equipped with a 90 kWh battery that should offer a range of approximately 350 kilometers and produce something in the area of 400 horsepower and 516 lb-ft of torque. No need to line up at your local dealer to put down a deposit or order online, then wait until the next decade for delivery. The due date has already been set for 2018.