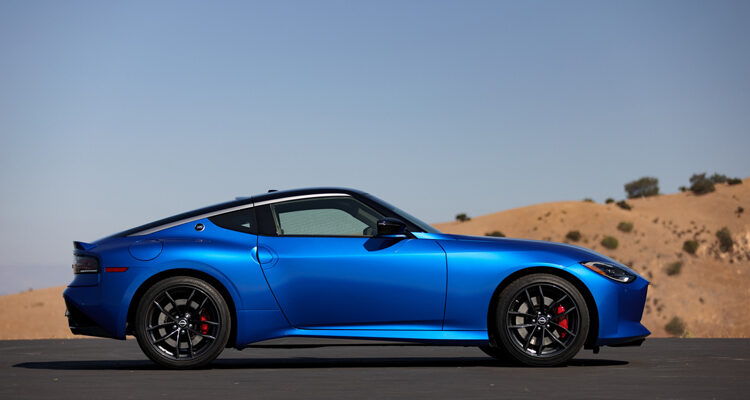 The wait is finally over: on Tuesday Nissan lifted the veil off the brand’s much anticipated 400Z in a virtual reveal. And surprisingly, we kind of already knew what the seventh iteration of the iconic model looks like.

“For more than 50 years, Nissan has brought style, speed, reliability and so much more to millions of enthusiasts around the world. The Z has always been an accessible sports car, placed at the intersection of aspiration and attainability, of dreams and reality,” says Ashwani Gupta, Nissan Motor Corporation COO.

“Since we unveiled the photo last year, it has been fun to see the excitement and the speculation about the new Z. Many of you are quite good at guessing, but let’s make it official — you can see that when we said the Z photo was 95 per cent the production car, we were not kidding. From the 240z inspired nose to its long hood, distinctive profile and 300zx inspired taillights, when you look at this car only one letter comes to your mind.”

Thrill is a word Gupta uses a lot in describing the vehicle and the powertrain is largely responsible for providing it. A 3.0-litre twin-turbocharged V6 sends 400 horsepower and 350 lb-ft of torque, which is an additional 68 and 74 respectively than the outgoing variant, straight to the rear wheels. The top Performance trim gains a mechanical limited slip differential.

The small crowd in attendance at the presentation cheered when he announced the engine would be mated to either a standard six-speed manual or nine-speed automatic transmission with paddle shifters. Like previously, the former has downshift rev matching capability and the latter features a launch control system.

Interestingly, the 400Z is still built upon the company’s aging FM platform that underpins the 370Z among other Nissan and Infiniti models, albeit a significantly modified version. The double wishbone suspension setup is freshened, utilizing larger diameter monotube shock absorbers, improving straight-line and cornering stability as well as comfort while driving on bumpy roads.

The sports car’s exterior evokes a sense of nostalgia, incorporating elements from all the generations before it down to the signature LED daytime running lights forming two half-circles, hearkening back to the Japanese domestic market 1972 Fairlady 240ZG. The rectangular grille adds a touch of recent familiarity to the front fascia. A subtle hatch lip spoiler on the Performance grade is not only stylish but mitigates rear lift.

Inside, the past-meets-present theme continues. Cue the retro centre stack and three analogue gauge pod above, chunky three-spoke steering wheel and supportive suede sport seats informed by the ones found in the GT-R. In contrast, the instrument cluster is now completely digital, a traditional speedometer and tachometer replaced with an ultra-modern 12.3-inch customizable display.

The 2023 400Z will be sold in three monotone and six two-tone colours, including the new Ikazuchi Yellow already teased and Seiran Blue. A handful of lucky buyers can get their hands on an exclusive Proto Spec trim, limited to just 240 units, featuring yellow accenting throughout and special aluminum wheels sprayed bronze.

“it is a true performance grand touring machine ready to thrill Z enthusiasts, and create a whole new generation of Z fans as well, when it comes to market here in the United States in spring of 2022.” 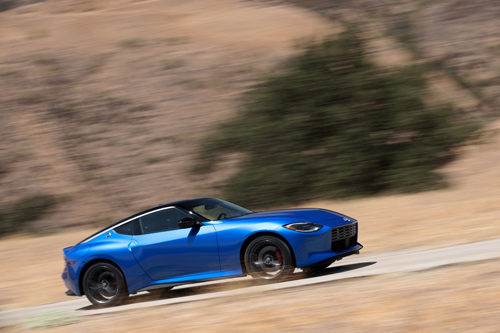 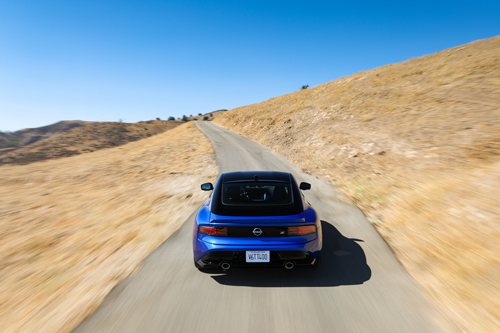 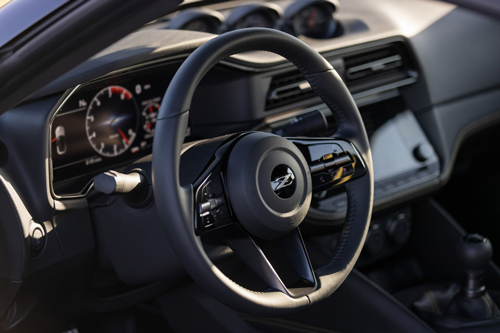