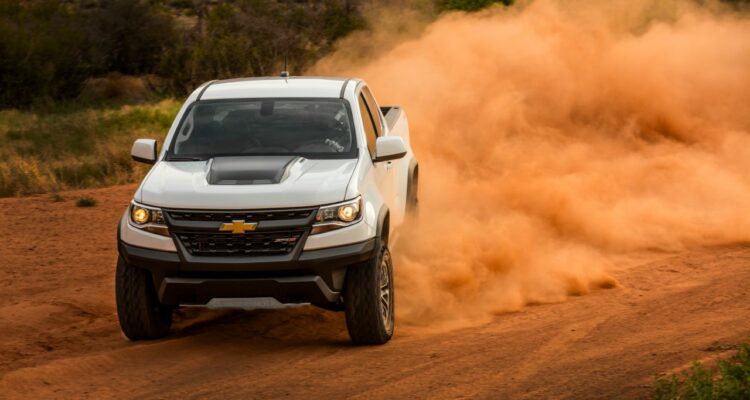 Shock absorber tuning is done by changing the size of the orifices in the piston and the strength of springs that close the control discs. High performance shocks still use the same principles but may use pressurized gas inside the shock to prevent the oil from foaming as it passes through the orifices. There is another way to control oil flow and that is with spool valves, and for the 2016 Chevrolet Colorado ZR2, GM has gone one step further and introduced Position Sensitive Spool Valve technology.

Spool valve technology is not new but the ZR2 is the first mass-produced truck to include it. In 2002, spool valve shock technology was introduced for Champ Car racing. From 2010 to 2013, it was part of the winning Formula 1 Constructors Championship. These vehicles use hand built custom shock absorbers, as did the 2014 Camaro Z28. Now the 2016 Colorado ZR2 takes it one step further.

The ZR2 uses three spool valves to control oil flow. Why spool valves? They reduce fade compared to conventional shocks due to frequency and temperature variations and have a better response rate compared to disc valves. The refined shape of the spool valves and oil passages reduces oil foaming so less gas pressure is needed inside the shock absorber. The result is a more comfortable ride without any sacrifice in performance.