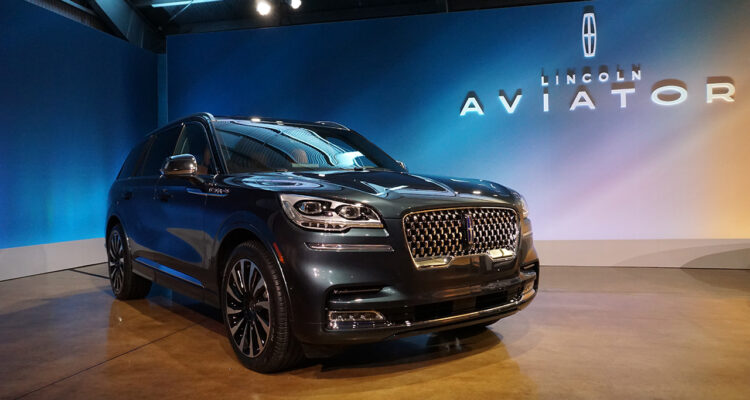 A quiet flight is what you normally wish someone travelling by plane. From now on, drivers who opt for a Lincoln will also get to enjoy a “quiet flight”, the brand’s new design language introduced on the all-new 2020 Lincoln Aviator. If you thought manufacturers had reached the peak of luxury, think again. If Lincoln is any reference, there’s never enough luxury.

The company unveiled the new generation of its three-row, mid-size SUV ahead of the Los Angeles Auto Show. The model’s introduction also marks the beginning of a new design era for Lincoln meant to convey elegance and performance. The new Aviator has an imposing stature, borrowing the same monumental (not to say intimidating) front-end as the Navigator, but with downswept rooflines converging at the back, recreating the lines of a plane’s fuselage.

“The connotations of flight are intrinsic in the lines of the vehicle. You have the stature and presence of the grille at the front, then the body and tail taper off – creating a distinct aerofoil analogy,” explains David Woodhouse, design director at The Lincoln Motor Company. Looks like the Aviator’s name has never been so relevant. 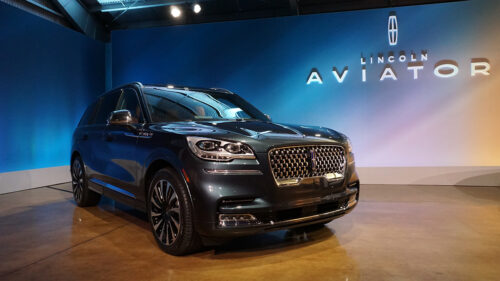 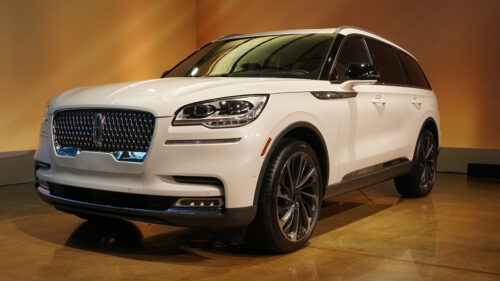 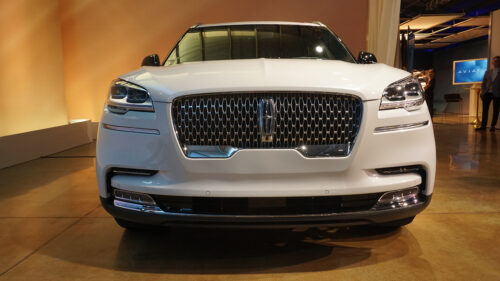 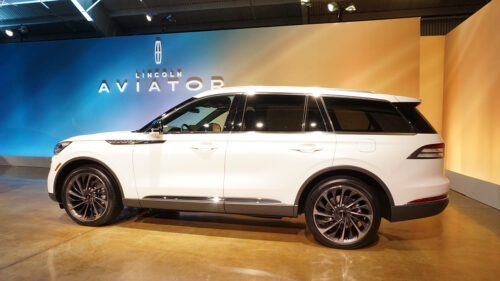 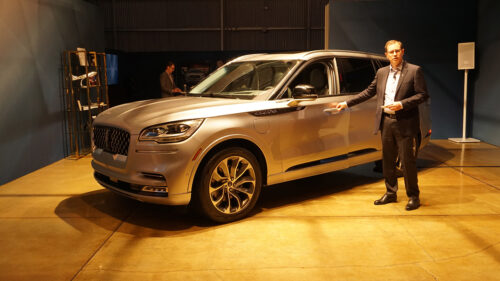 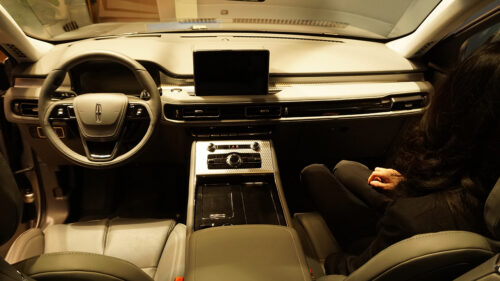 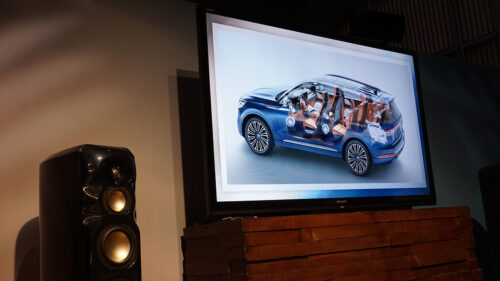 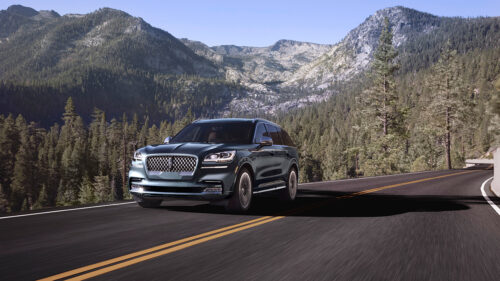 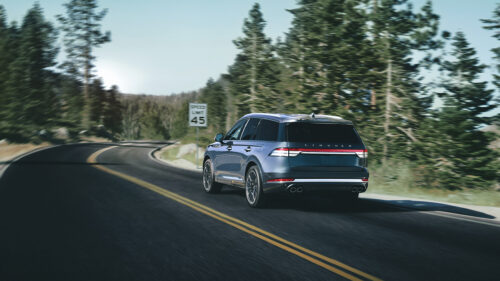 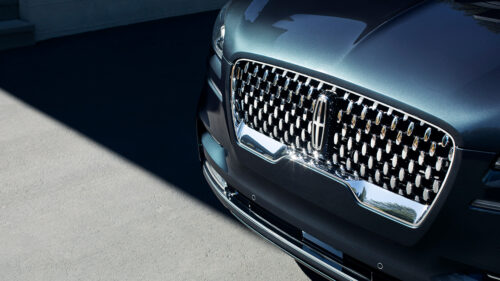 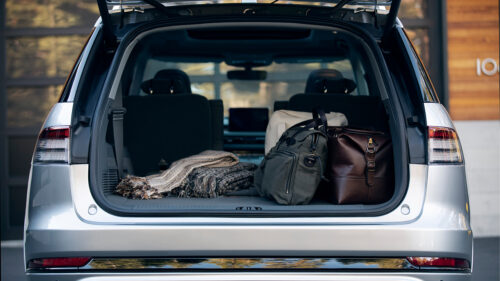 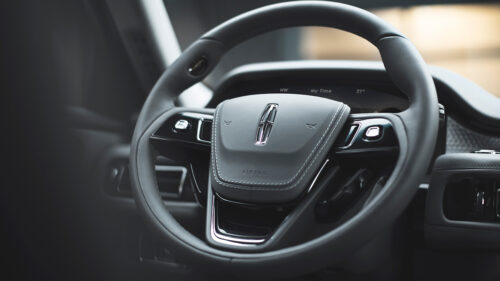 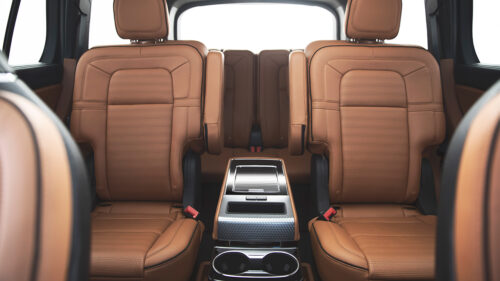 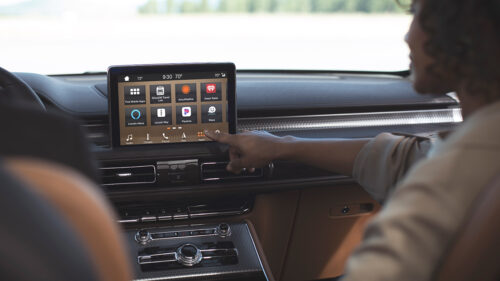 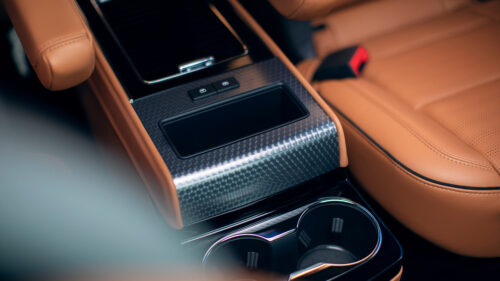 On the inside, comfort and convenience features have been further enhanced. The Aviator receives a gigantic, tablet-like 12.3-inch display—the biggest in the segment—seemingly poking out of the dashboard, looking like its simply been set in a grove rather than integrated into the design. Lincoln’s famous button gear selector has been replaced by switches, which will hopefully improve responsiveness. A dial also allows the driver to select different driving modes that adapt the vehicle’s handling to the road conditions.

The driver seat features 30+ different adjustments, something Lincoln has already built a reputation for, however, in this case, the lumbar adjustments and massage functions have been improved. The second row of seats is now reclinable and has access to its own climate controls.

Melomaniacs, brace yourselves: the Aviator receives not 8, not 12, but a 28-piece Revel audio system. The brand also takes a lot of pride in having the Detroit Symphonic Orchestra record over 25 chimes and sounds that highlight the vehicle’s functionality.

Of course, where there’s luxury, there’s also technology and the Aviator is packed with a flight of high-tech features including adaptive cruise control with road sign detecting technology that uses the front-facing camera to adapt the vehicle’s speed. That same camera also scans the road ahead for any irregularities such as potholes or speedbump which in turn feeds the information to the computer that adjusts the air glide suspension.

Using the Lincoln Way app, owner’s can turn his or her smartphone into a smart key which allows you to lock and unlock the vehicle, open the liftgate and even start the engine. The vehicle also emits convenience-oriented prompts and warning. For instance, it will offer the driver the option to switch to US Standard measurements when crossing the border, locates gas stations when the fuel level is low, and even suggests turning off the traction control when some of the wheels lose traction.

The new Aviator is built on a rear-wheel-drive architecture, though the Canadian market will only have access to the all-wheel-drive version of the vehicle. The entry-level model will receive a 3.0L, V6 engine rated at 400 horsepower and 400 lb-ft of torque, teamed with a 10-gear SelectShift automatic transmission. The Aviator GT ups the ante with the introduction of a hybrid powertrain, combining a twin-turbo engine and an electric motor delivering 450 horsepower and a staggering 600 lb-ft of torque.

The vehicle is elegant, with a silhouette reminiscent of what JLR is doing with its SUVs. David Woodhouse mentioned a more “relaxed” gesture in the vehicle lines and strangely, I can see that. Is there such a thing as too luxurious? I guess not—not when the segment is more aggressive than ever. The entry-level 2020 Lincoln Aviator will be available in the summer of 2019, while the GT trim level will follow later in the year. Pricing will be announced closer to the launch.