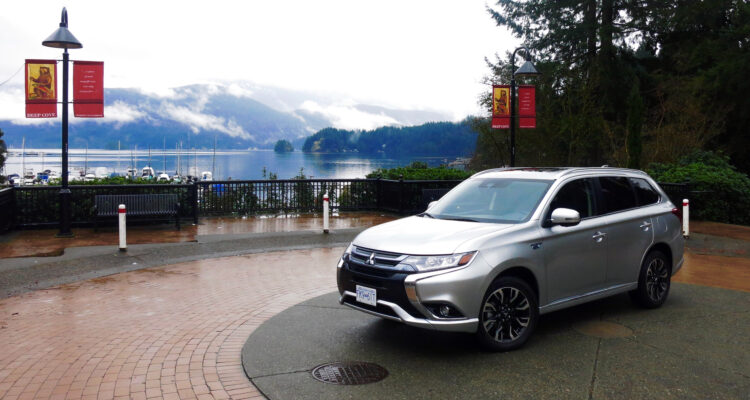 Mitsubishi describes it as “the most significant model launch in our history.”

For a company that has been building cars for almost a century, that’s audacious. Yet, given how popular it is around the globe, it’s a statement that might just fit the 2018 Outlander PHEV.

“We have watched the success of the Outlander PHEV in country after country around the world,” said Juyu Jeon, Mitsubishi Canada’s vice-president, sales and marketing. “It’s the best-selling plug-in hybrid in the world.

“It’s a game-changer and now it’s here in our Canadian market.” 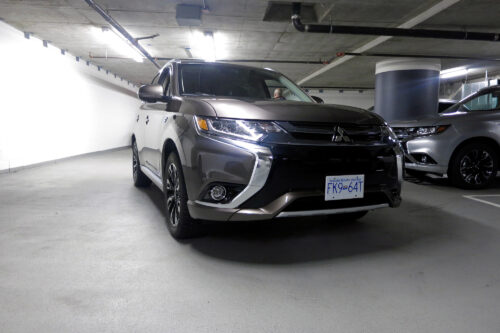 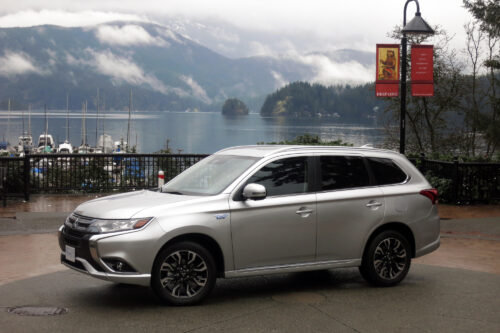 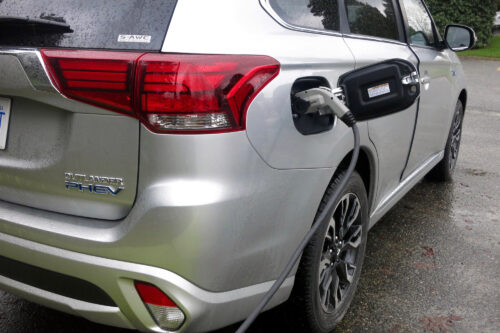 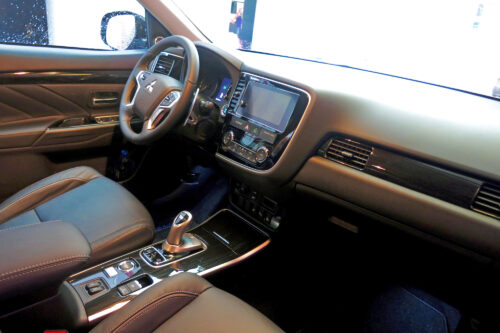 The first Outlander PHEV was launched as a 2014 model, but this latest one has undergone some significant revisions. As with the gasoline version, the chassis has received plenty of much-needed upgrades.

Earlier versions of this crossover started to get squirrelly at the limits, feeling almost as if the wheels on the outside of the corner were folding under the car. This new version has none of that.

The body gets some small tweaks, bringing to Outlander chief designer Tsunehiro Kunimoto’s Dynamic Shield design philosophy, marked by the prominent, trapezoidal chrome accents cutting through the front bumper. The front fascia is the only change for now.

Outlander PHEV moves the bar on hybrid SUVs, in a number of ways.

First, it’s primarily an electric vehicle, with 35 kilometres of electric-only range from a full battery. Second, when it does fire up the gas engine, it is most times only to power a generator that powers the electric motors. At speeds above 120 km/h, and under certain torque conditions, it engages a wet clutch between the gas motor and the front wheels, though the electric motors are always assisting.

The motor is a 2.0-litre MIVEC four-cylinder. Two 80 horsepower electric motors — one up front and one at the rear — provide most of the propulsion. It is a full-time four-by-four, with the electric motor at the rear always in operation. It is also, according to Mitsubishi, the only hybrid SUV that’s 100 per cent electric even in four-wheel-drive.

As part of Mits’ four-wheel-drive system, Super All-Wheel Control has been adapted from the Lancer Evolution to the PHEV, able to transfer torque not only front to back but also side to side. It transfers torque to the outside in a turn, helping with handling and helping to negate body roll.

Lastly, it’s not just a runabout. Even as a hybrid, it can tow 1,500 pounds, enough for a pair of snowmobiles, personal watercraft or lightweight tent trailer.

How does all this electrification affect fuel economy? Well, it runs at the equivalent of three litres per 100km in electric only mode, and while the official numbers for the vehicle in hybrid driving are 9.4 in the city, 9.0 on the highway and 9.2 combined.

My drive partner, Clare Dear, and I managed to keep the vehicle in EV mode for most of our drive. Not doing anything extraordinary, our 40-kilometre round trip averaged 2.1 litres per 100 kilometres, enough to win the fuel economy challenge on this event.

Charging is done either by the supplied Level 1 charger (13 hours), a Level 2 charger customers can install in their homes (3.5 hours) or by a large-capacity DC quick-charging station (about 25 minutes to charge to 80 per cent). Total range, including the 35 km of EV driving plus the remainder on gasoline, is 499 km.

Don Ulmer, senior manager, product planning for Mitsubishi Canada, said the presence of a quick-charging port is unusual for hybrids, as such a port typically is restricted to pure EVs.

There are some nifty features on hand, too. You can select a battery-save mode, which will reduce the use of the electric motors. This is handy on the highway when you want to save battery power for when you enter a city, which is where the EV mode will be most thrifty.

If your battery is depleted, you can run the car in battery-charge mode, which uses the gas motor to charge the battery. You can get the battery back to 80 per cent in about 40 minutes on the highway.

To make way for the battery, which is mounted underneath the cabin in a dust- and waterproof enclosure, and the rear electric drive unit, the gas tank had to shrink by 17 litres to 43. It’s enough that the Outlander PHEV has about 100 km less range than the gas version.

Most remarkable during our drive was the smoothness of the transitions between driving modes. Aside from some extra noise when the gas motor fires up, you don’t feel it.

Best of all, because it’s primarily an EV, there is no automatic start-stop feature that in some vehicles can be quite jarring. From a stop, you’re always starting off in electric regardless of whether the gas engine is running.

Warranty is one of Mitsubishi’s selling points, as a 10-year, 160,000-km warranty on all vehicles is standard. On the PHEV, that even extends to the battery. Chances are, you’ll be moving on to another vehicle before reaching the end of the warranty period.

Heating is a combination of coolant from the engine and an electric heating element for when the engine isn’t running. Using that element and air conditioning will affect EV range, so it’s recommended owners use the EV Remote system so the vehicle can start warming itself up or cooling itself down while still connected to the charger. It takes considerably more energy to move temperature than to maintain it, so using pre-heating and pre-cooling will mean less impact on EV range.

Pricing of the Outlander PHEV begins at $42,998, and it comes standard with heated seats, 18-inch alloy wheels, EV Remote (allows you to turn on pre-heating or pre-cooling, check battery condition, set timers for charging, unlock the car or activate the headlights from your smartphone).

That power inverter, with outlets front and rear, provides 120 volts to power small appliances. As a demonstration, Mitsubishi staff were serving espresso out of the back of the SUV.

I did not have many nice things to say about early examples of this generation of Outlander. I found the handling to be suspect, the acceleration to be tepid and the overall experience just unsatisfying.

That’s all changed after driving the Outlander PHEV. The vehicle is peppy, handles very well, is extremely quiet and comfortable.

It all leads to one important question: who are you and what have you done with Mitsubishi?