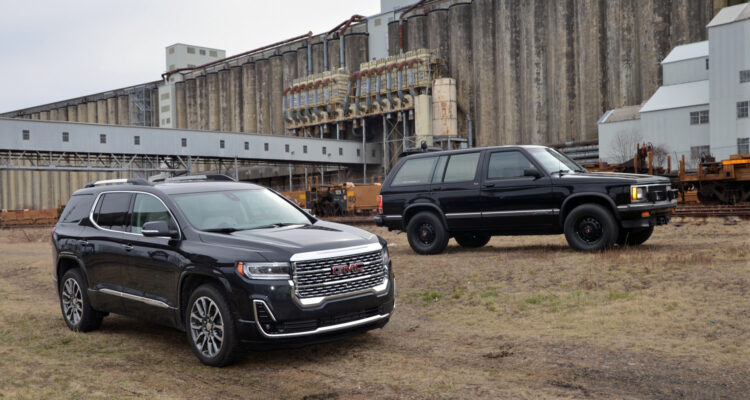 Most people, when they look back over their lives, have moments that were pivotal or that made an impact. Some of those moments for me are related to vehicles. In some ways, a certain 1991 GMC Jimmy is the vehicle that has had the greatest impact on my life.

It’s what my now-husband, Garry Sowerby, was driving when I met him. The 1991 GMC Jimmy was about five years old when we met but it looked like it was just out of the box. It still looks like that today.

In 1983, General Motors produced the GMC S15 Jimmy and the nearly identical Chevrolet S10 Blazer, among the first compact sport-utility vehicles. By 1990, the Jimmy was powered by a 160-horsepower 4.3-litre V6 engine and was available in either two- or four-wheel drive.

In the spring of 1990, Ford introduced the 1991 Explorer, a four-door sport utility, replacing the two-door Bronco II. It was an entirely new vehicle.

General Motors would not take this lying down. Instead of creating a whole new vehicle, though, GM stretched the small Jimmy/Blazer by 16.5 centimetres, turning it into a four-door with the promise of a better ride and added anti-lock brakes.

Of course, the all-new Ford Explorer had the automotive press gushing and the head of GMC Trucks at the time, John Rock, contacted Garry: “You’ve got three Guinness World Records for some pretty wacky long-distance driving stunts,” he said. “If you had a GMC Jimmy, could you get it into the magazines without that f*****g Explorer next to it??”

Garry ordered his 1991 Jimmy from GMC with the intent of collaborating with the brand to work the Jimmy into a series of worldwide driving stunts that would be coined the Seven Lives of Jimmy Mac.

By the time I met Garry, the Jimmy had already done events like ‘Seven East Bloc Capitals in Seven Days’, to celebrate the Fall of the Berlin Wall. It had driven across the country for ‘Atlantic to Pacific, Canada’s Terrific’ in search of ‘I love Canada’ stories, during the tumultuous times of the Meech Lake Accord debates. It had plied the roads around the perimeter of Iceland in its dark, inhospitable winter.

Black paint, black wheels, that Jimmy had a crisp character that was manly and boyish at the same time. And I guess that’s why the truck and the driver appealed to me, some 25 years ago and today. 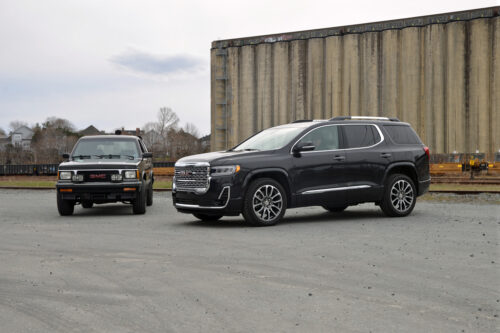 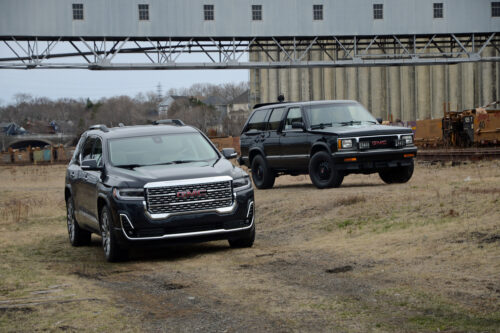 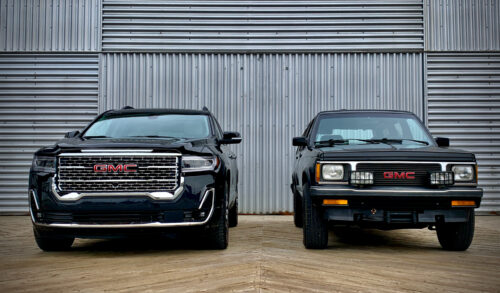 It was the first mid-size SUV with four doors from GM. The four-door sport utility vehicles born then hatched the crossover craze and began the movement away from the station wagon as the ultimate family vehicle.

It’s 30 years this spring that Garry acquired the 1991 Jimmy and, for the past few weeks, the black on black beauty has been my daily driver, hence the nostalgia. Not that I go out daily in these days of staying at home to stay safe, but the Jimmy is still a treat to drive. It’s smooth and stable.

The interior is somewhat primitive compared to vehicles today, with its cloth seats (No massage or lumbar support?) but it feels like a familiar friend, or like slipping into a favourite pair of well-worn, bell-bottomed corduroy pants. And hey, it has cruise control, electric windows and I can rock out with all my vintage cassette tapes.

Right beside the 1991 Jimmy in our driveway is a 2020 GMC Acadia Denali which I’ve taken for a spin a few times. Just as humans get bigger and taller every generation, so too, sport utility vehicles. And this one is all dressed up in an Armani suit.

The chiseled, handsome Acadia turned a few heads while stopped at traffic lights, particularly men in GMC Sierra pickup trucks. The chrome liberally sprinkled all over the vehicle in true Denali style may have been the reason.

The 3.6-litre V6 engine produces 310 horsepower, almost twice that of the Jimmy, and 270 pound-feet of torque. Acceleration is quick and smooth despite the size of the vehicle and the new nine-speed automatic transmission does its job seamlessly.

Inside, it’s a whole different world than the Jimmy. Luxurious leather seats feel like spa chairs and I feel like a queen basking in refinement. Pawns to the third row, please.

The gear shift is gone, freeing up console space, replaced by an Electronic Precision Shift, a gear selector that is a series of horizontal buttons that require either a push or a pull. At first, I wasn’t sure about this setup but now, it just makes sense.

The smartphone charger is one of the best out there. It’s not hidden, it is right there in the centre console, simply slide the phone in and the rubber bumpers keep it in place. 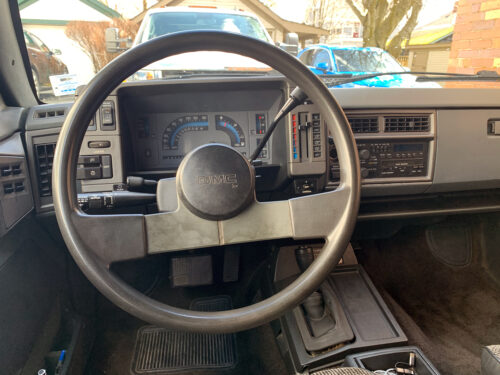 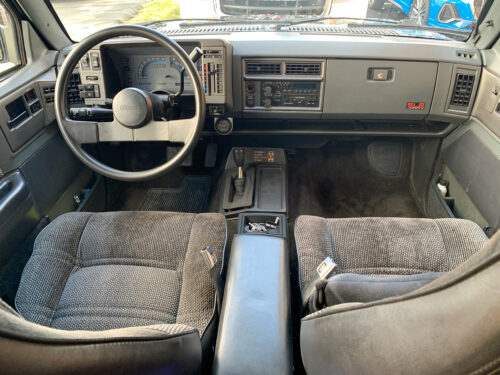 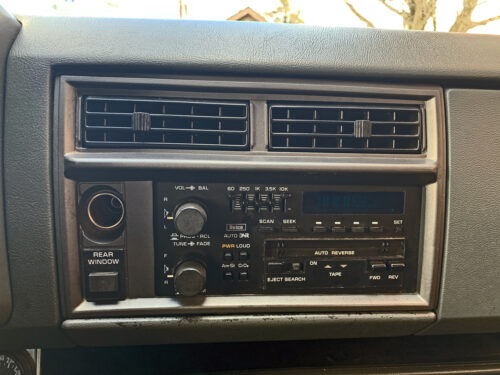 Whereas the GMC Jimmy had some wild adventures around the planet, including towing the first RV to ply the Trans-Labrador Highway on the kind of roads its 4×4 system was meant to tackle, the 2020 Acadia, especially if you get the AT4, the true off-road version, is the luxe living room you can take off the beaten path. If you wanted.

Comparing the 1991 Jimmy to the 2020 Acadia, it’s easy to see how demands of the market have shaped the entertainment/infotainment options in vehicles. The Jimmy doesn’t even know the word ‘infotainment’ and the Acadia has never heard of cassette tapes.

I could drive to the ends of the earth in here.

Don’t tell the Jimmy, though. Or my husband.