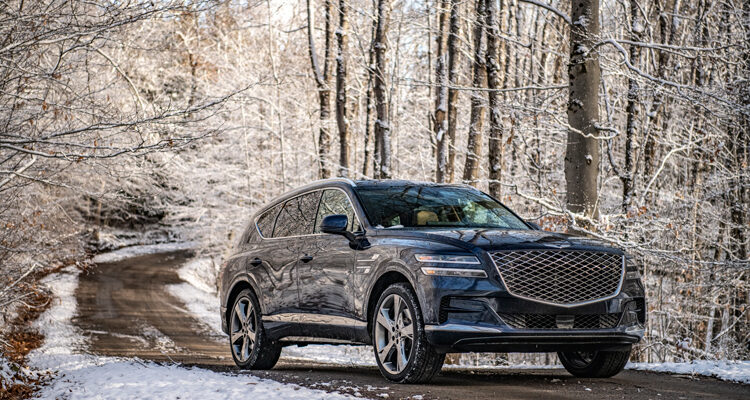 5 Factors To Consider When Selecting A Genesis GV80

The Genesis GV80, the long-awaited first SUV from the luxury arm of Korean automaker Hyundai, has arrived to a positive reception. In fact, it was recently named the Best Mid-size Premium Utility Vehicle in Canada for 2021 by the Automobile Journalists Association of Canada, the largest collective of expert automotive critics in the country.

If you’re considering securing a GV80 for yourself, you’ll quickly find you’re presented with a number of grades to choose from. Do you want the smaller engine or the larger one? Do you really need three rows, or will two do the job? Are the features on the most expensive grade worth the extra money?

Engines. The Genesis GV80 is sold with two engines. The smaller, entry-level engine is a 2.5-litre turbocharged four-cylinder that produces 300 horsepower and 311 pound-feet of torque available between 1,300 and 4,500 rpm. The larger, premium engine is a 3.5-litre twin-turbocharged V6 that makes 375 horsepower and 391 pound-feet of torque peaking over the same revolution range.

Having sampled both iterations – the V6 in crisp autumn weather at the GV80 Canadian launch event, and the four-cylinder during a very cold and snowy winter week in Toronto – this writer suspects that if engine were the only consideration, the vast majority of buyers would be satisfied with the 2.5-litre. All models come with standard all-wheel drive in Canada along with an eight-speed automatic transmission with steering wheel mounted paddle shifters, and the early access to peak torque delivered through turbocharging means that even the four-cylinder engine feels energetic and suitably powerful for all but the most demanding applications.

Of course, the engine is only one factor in play when selecting from among the GV80’s four grades. There are other considerations that could push buyers further into the line-up. However, concerns over lower power figures need not be among them.

Limited-slip differential. Canadians will want to be aware that while all four GV80 grades include standard all-wheel drive and terrain mode selection in Canada, only the 3.5T Prestige grade adds on an electronic limited-slip differential. This system allows the already rear-biased all-wheel-drive system to push up to 100 percent of the torque being sent to the rear axle to either the left or right wheel for improved performance in low-traction conditions such as harsh winter weather.

Two rows vs three. While the GV80 is sized as a three-row SUV, the presence of the third row is likely the most important distinction between the 2.5T and 3.5T grades for many buyers. With the smaller engine, the second row is divided into a 40-20-40 split but there is no third row installed, meaning that four-cylinder models are in fact large two-row SUVs. The two 3.5T grades both include a 50-50 split third row, and the Prestige grade includes power seat folding. No GV80 grades offer the option of second-row captain’s chairs.

Customizable heat control. An interesting offering in the GV80 is that both front-row seats and the second-row outboard seats come heated as standard equipment, and each position offers the ability to independently customize the amount of heat being delivered through the seat back and the cushion. These multi-stage adjustments can be made through the GV80’s infotainment system.

That said, there are some premium features that are only available on the Prestige model that might lure people who seek out the best of the best. Second-row ventilated outboard seats, Nappa leather upholstery, soft-closing doors, power-operated rear sunshades, the brand’s new active road noise cancellation system, and the 12.3-inch 3D digital instrument cluster are all features that can only be acquired at the GV80’s highest price point.