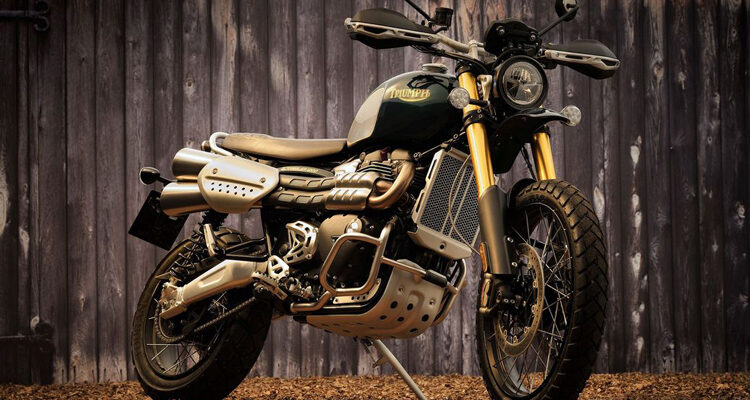 It should come as no surprise that, since their introduction in 2019, Triumph has seen steady interest in their Scrambler 1200 line of motorcycles. In fact, they’ve moved just over 10k units in that short time. Part of the reason behind that is their obviously attractive packaging but more than that, regardless of whether you opted for XC or XE trim, the Scrambler 1200 has proven itself a truly competent off roader.

For their 2022 model year, Triumph has made some changes to ensure these modern classics can meet (and exceed) Euro 5 regulations. To that effect, a secondary air-injection system has been added and the requisite high-mount exhaust has also been tweaked. In the win column, Triumph has been able to maintain the performance numbers cranked out by the 1200cc, liquid-cooled, parallel twin engine (89 hp and 81.1 lbs-ft) however, there is a weight penalty of about 6kg. Pricing for the XC is set at $15,200, while the XE rings in at $16,300.

Should you want to stand out from all those other Scrambler riders out there, Triumph has created a limited edition Steve McQueen model of the Scrambler 1200 this year. Similar to the James Bond edition that hit showrooms last year, the McQueen edition is based off of the range-topping Scrambler 1200XE. That means it comes fully equipped with the Off-Road Pro riding mode and longer travel (and beefier), fully-adjustable suspension.

The McQueen edition bike has been upgraded in the form of a series of Triumph’s bolt-on accessories for the Scrambler. Those bits include the high-fender kit (colour matched), radiator guard, crash bars and an exclusive brown saddle. Other, more unique, features include the Competition Green paint job that has been accented with brushed silver knee pads and gold pinstriping, a Steve McQueen painted badge on the tank (that pays homage to McQueen’s famous Triumph from the Great Escape) and an individually numbered and laser-etched handlebar clamp. A certificate of authenticity is also included. The Steve McQueen edition is limited to just 1000 bikes worldwide and will run you $17,800.