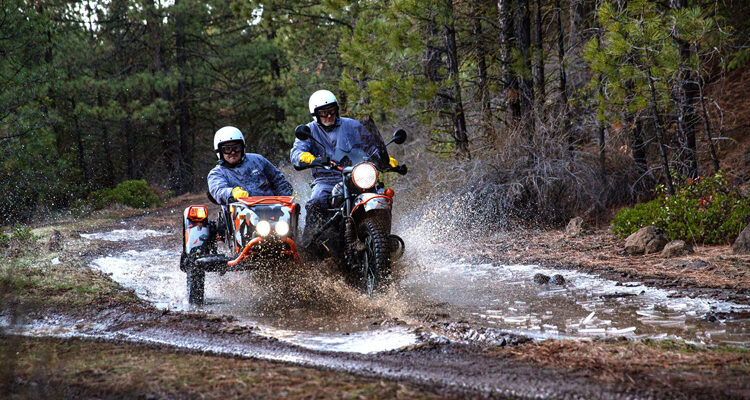 If you’re the type of traveller who likes to share their experiences, isn’t bothered by pace, is fascinated by roads less travelled and places the journey squarely ahead of the destination in terms of import, a Ural may be the perfect means of transportation. More specifically, the 2021 Ural Geo Limited Edition. 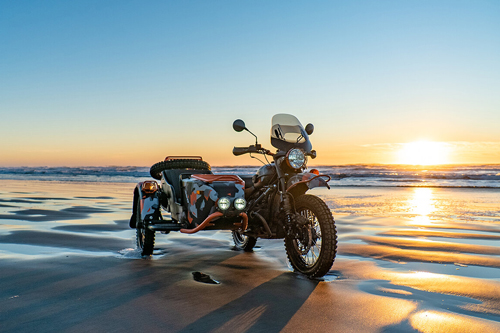 Built upon their venerable on-demand 2wd, Gear Up platform, the +Geo LE is pegged as the “Ultimate Ural”. To that end it features a bevy of off-road upgrades in the form of fully adjustable Nitron shocks on both its leading-link front end as well as at the rear, a scrambler-ish, 2-into-1 GPR high-mount exhaust and this rig rides on a set (of three, of course) Heidenau K37 tires. Other niceties include a full smattering of crash bars, luggage racks and skid plates, a set of rider handguards and an MRA windshield. A 1.5 gallon RotoPax fuel cell has been mounted on the sidecar rig already and there is a USB outlet and RamBall mount bolted on as well to accommodate GPS/phone installations.

The 41hp, 750cc boxer twin has been fully blacked out and is fed via Ural’s second-gen EFI system. The transmission remains unchanged, with four-forward gears and the much appreciated reverse gear as well. Braking is tackled at all three wheels, with Brembo calipers up front and on the sidecar. 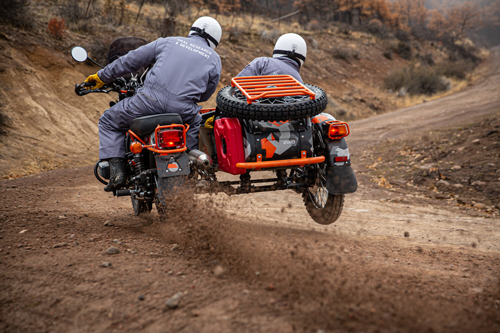 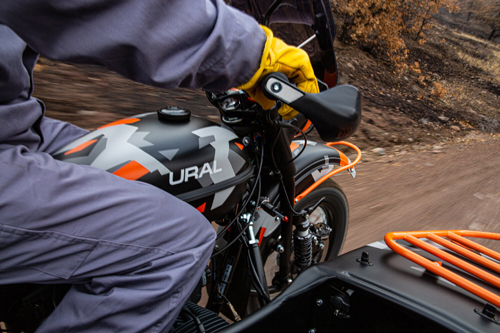 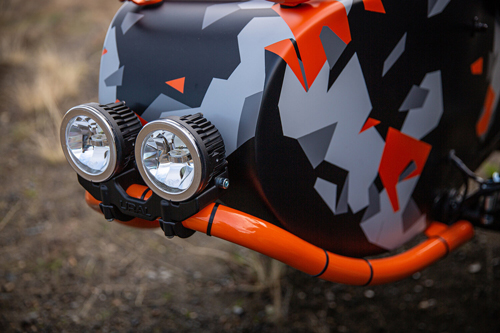 Of course, what makes this Siberian Sled stand out in a crowd (aside from its third wheel, of course) is its hand-painted coat of geometrical camouflage (hence, Geo). As such, you can expect the UDF (Ural Delay Factor) to increase tenfold on any outing, as this sled isn’t slipping through anybody’s radar. There will only be twenty of the +Geo LE’s made worldwide, so if this sled is your brand of quirk, you may want to act fast. Pricing is set at $34,499 Canadian ($26,999 USD).