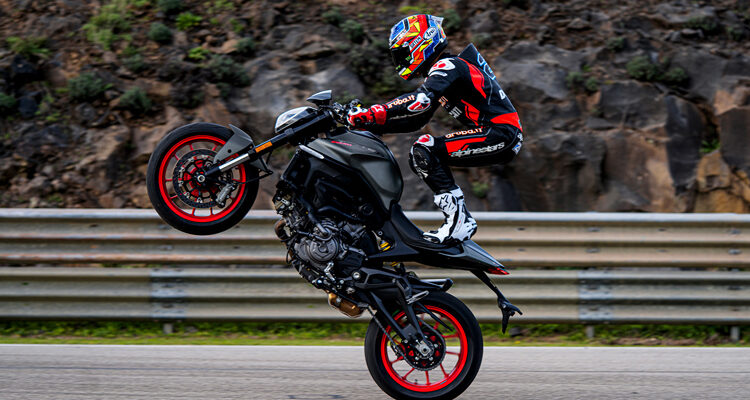 The Ducati Monster is an icon in the motorcycle world. In its twenty-seven years of continuous production, the Monster has become the Platonic form for the modern-day sport-naked motorcycle. It’s also Ducati’s best selling model with over 350k of them finding riders around the world. As such, every time it gets fiddled with or evolves, we tend to peer at the newest example through seriously squinted eyes.

The 2021 Monster debuted this afternoon and Ducati has done a bit more than fiddle.

The biggest changes happen at the chassis level and purist Ducatisti may need a moment to pour out a Moretti as gone is the long-celebrated trellis frame. That once sexy, Miguel Galluzzi penned, ribcage has been replaced by a Superbike derived “front frame” and polymer subframe design. The new combination continues to use the engine as a stressed member but shaves just over 6kg of weight from the new Monster.

That function over form theme has been carried throughout this redux as the new bike is more compact — the bars have moved some 7cm closer to the rider — as well as more powerful, all in the name of increased sportiness. The base engine is now the 937cc Testastretta 11 V-Twin. The increase in displacement brings the Monster into Euro5 compliance and is good for 111hp and 69 lb-ft of torque. It also saves a further 2kg over the 821cc unit it replaces.

In total, the new Monster weighs in at 18kg less (dry) than last year’s 821 model and, despite the changes, still looks every bit the ferocious sport-naked worthy of taking up the Monster name. Pricing starts at $13,495 for the standard model and jumps to $13,895 for the Monster Plus, which adds a rear seat cowl and minimal windscreen.