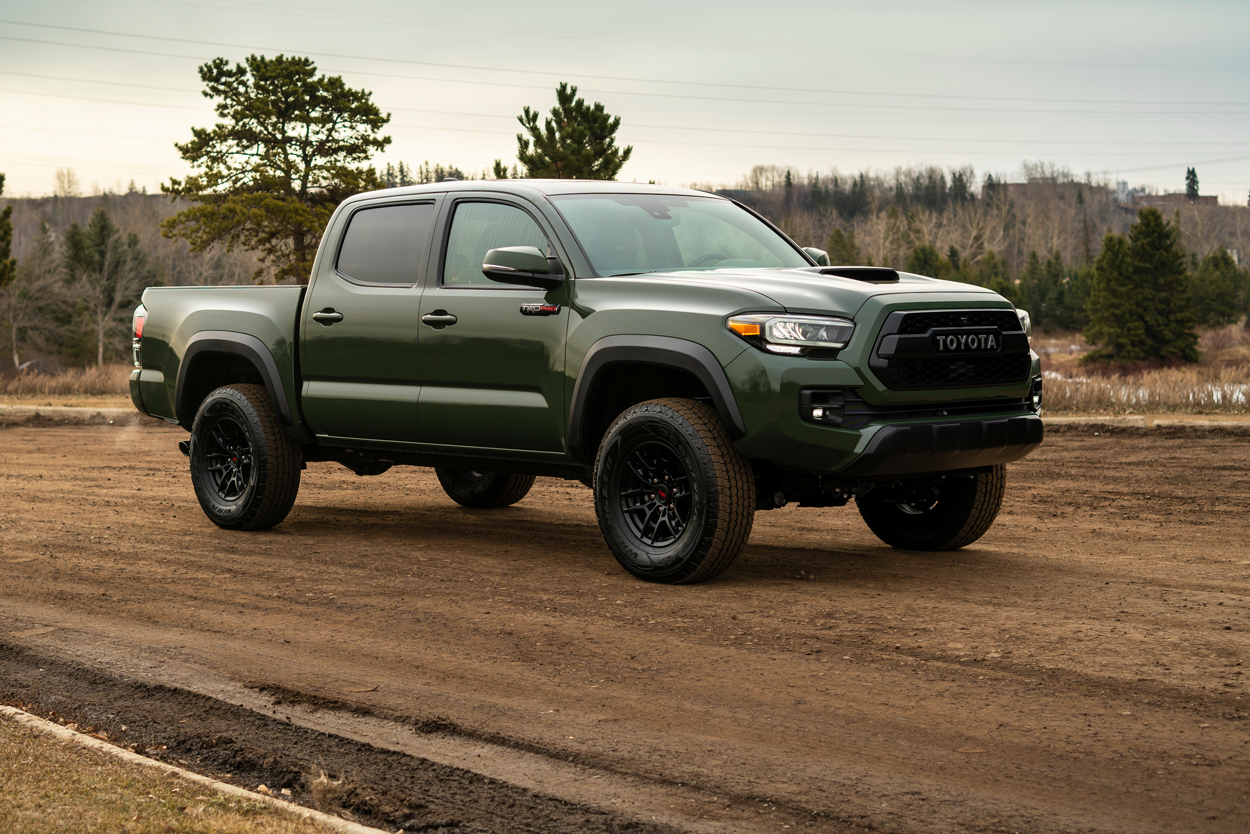 Sometimes, opportunities aren’t perfect, but they’re opportunities all the same. So when a 2020 Honda Ridgeline and a 2020 Toyota Tacoma were both in the driveway the same week, the idea of a comparison seemed unavoidable.

After you’ve pulled that eye roll back from the upper reaches of your orbital cavity, look, I get it. Real truck folks won’t ever consider the Ridgeline a real truck, and some might even share a bit of disdain for the Tacoma, being mid-size and all.

Yet both truc — I mean, vehicles — speak in some way to the same audience, even if in different ways. Neither will meet the demands of the full-size buyer, each is either questionable or outright unsuited to towing a fifth-wheel, and both sacrifice bed size at the altar of convenience and drivability.

The Ridgeline, however, offers something that might be anathema to a dedicated Tacoma shopper: a car-like ride. It looks like a truck, rides like an Odyssey. It may be, for lack of a better phrase, a truck for folks who don’t like trucks.

There are a couple of neat twists to it’s truckification that separate it from Tacoma: the first is the tailgate. It opens conventionally as well as a door hinged on the driver’s side. That door mode is ideal for accessing the next neat twist, the in-bed trunk.

This lockable cavity, complete with a drain, provides an out-of-sight, weatherproof space that swallows up to 207 litres of stuff you don’t want to leave in the bed. The drain means you can load it up with ice and keep drinks cold at the tailgate party or campsite.

It can be locked using a switch inside the glove box. When closed, the trunk’s hatch is strong enough to grant the Ridgeline 694 kilograms of in-bed payload, about 193 kilograms MORE than the Tacoma.

There’s a lot about Tacoma that hasn’t really changed in almost 20 years. The styling has been updated over the years, and the current model might be in some eyes the best-looking among a field that now includes Ford’s Ranger, GM’s Chevy Colorado and GMC Canyon and Nissan’s Frontier, a truck Nissan says will be replaced soon.

Yet the Tacoma has a formula that works, so why mess with it? As a truck, it’s great fun to drive. It’s compact to get into tight spaces, such as near to a hunting blind to pick up a harvest, it has great visibility and a comfortable cab.

It may fall short of the Ridgeline for payload, but beats the Honda handily in towing: Tacoma is rated for 2,903 kilograms while the Ridge is limited to 2,267 kg. There are also a couple of smaller fifth-wheel campers, according to a few camping magazines, that Tacoma can tow. Honda says a fifth-wheel is not recommended, which is owner’s-manual speak for don’t do it or you will likely blow your warranty.

The Tacoma offers trailer owners a choice of a standard, flat four-pin trailer connector or a seven-pin connector that would accommodate a trailer brake controller. The Ridgeline — interestingly, considering the smaller towing capacity — only offers the seven-pin and the manual says the wiring in place for a brake controller. Four-pin wiring would need an adapter. Both use standard, two-inch hitch receivers. 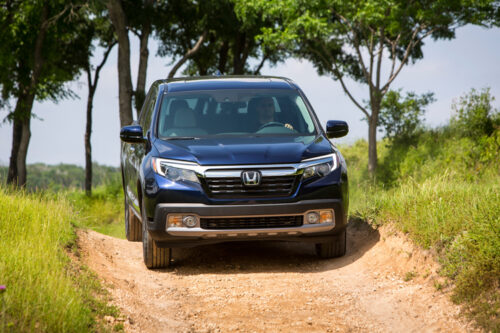 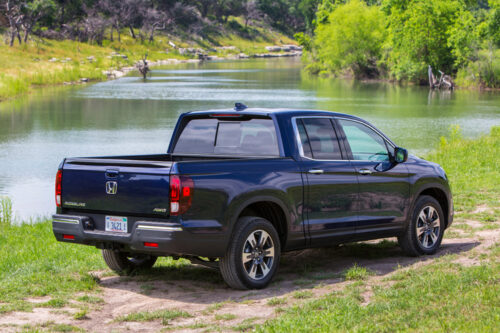 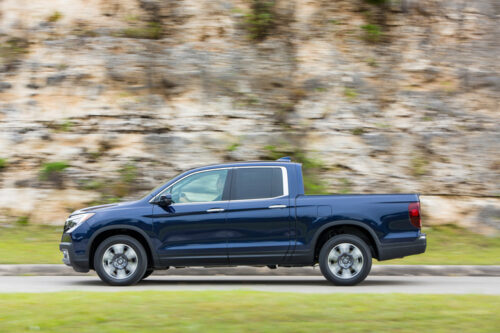 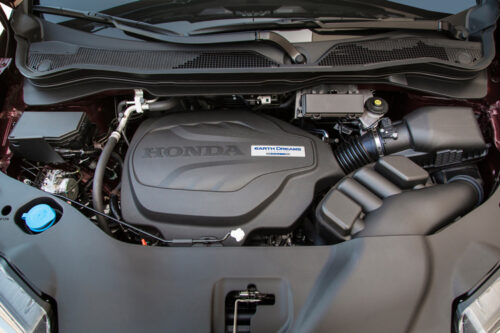 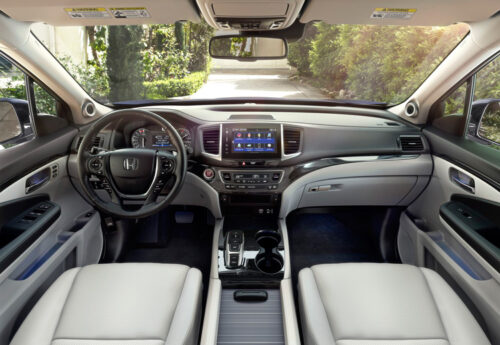 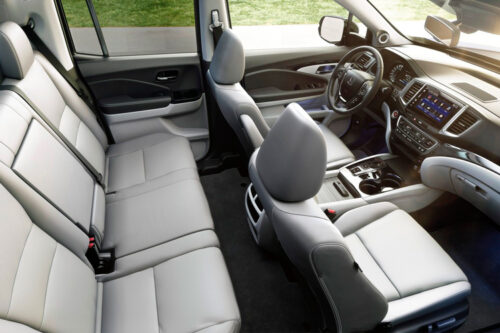 One of our household toys is a quad, a Polaris Sportsman. Interestingly, it would fit in the Ridgeline (albeit with the tailgate down, necessitating a sturdy tie-down) but not in the Tacoma. The Ridgeline wheel wells intrude into the bed only an inch high, while the Tacoma’s wheel wells are too tall, with not enough space in between, to accommodate our quad’s 51-inch width. (Both vehicle’s payload limits are greater than the weight of our quad.)

True truck buyers won’t find Tacoma’s handling off-putting: it’s good for a truck, but the way the tail dances on washboard and the truck steers in a trucklike manner won’t appeal to someone looking at either from a minivan. 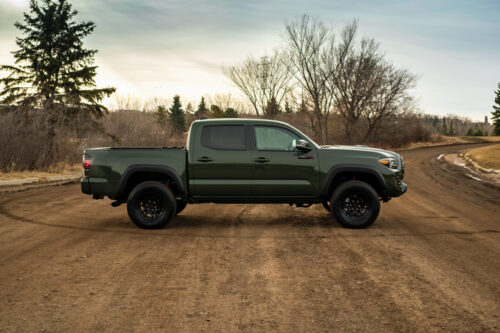 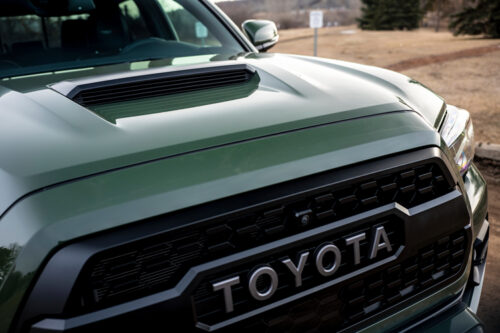 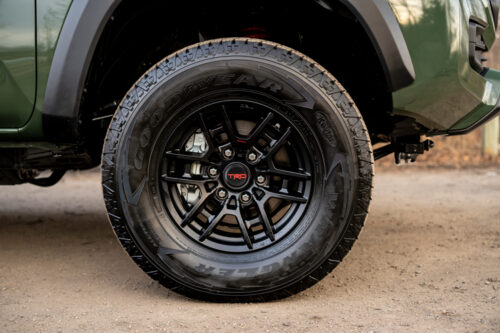 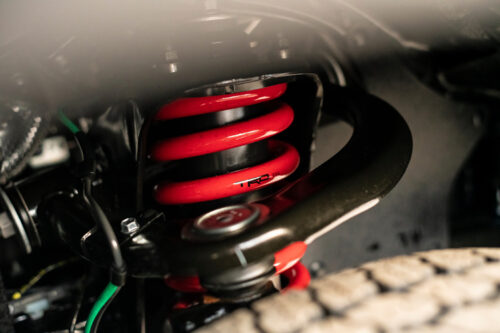 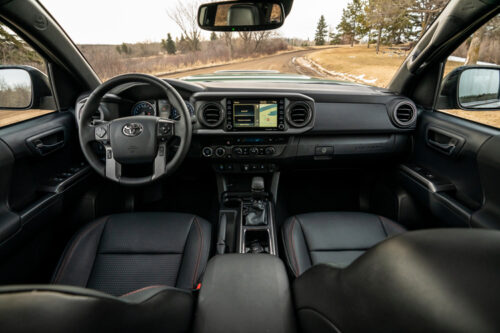 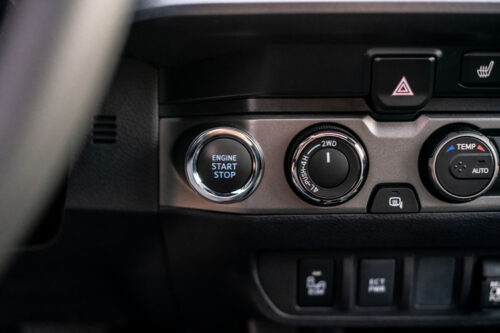 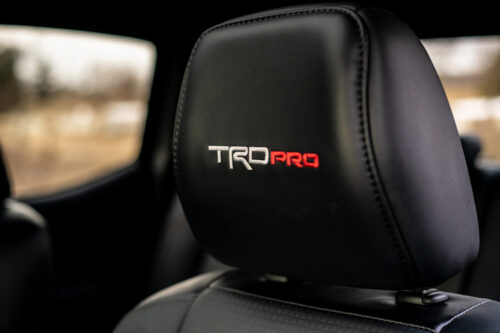 The body-on-frame construction means the Tacoma can’t have the neat in-bed trunk (the spare tire, fuel tank and frame rails have to go somewhere), but Toyota has gone to town with customization options for the bed, starting with tie-down hooks that are movable on rails, all the way to available bed dividers to keep smaller items from flying around. A cage-like bed extender is also available as a $382 dealer-installed option.

Tacoma also, at least in the 4×4 TRD OffRoad Access Cab model tested, offers a 110-volt outlet in the bed, switchable from the cab.

The other main difference between the two is the off-road ability: the Tacoma beats the Honda in approach, departure and breakover angles, and the off-road options include skid plates, terrain control, crawl mode and Fox shocks. You can load the Tacoma up to be an off-road beast, while the Ridgeline never reaches beyond being a soft off-roader.

So, it’s not the perfect comparison. The Tacoma will appeal to truck buyers, particularly those looking for an off-road monster, while the Ridgeline speaks to those who like the idea of a truck’s cargo capacity, but not the idea of driving something that feels like a truck.